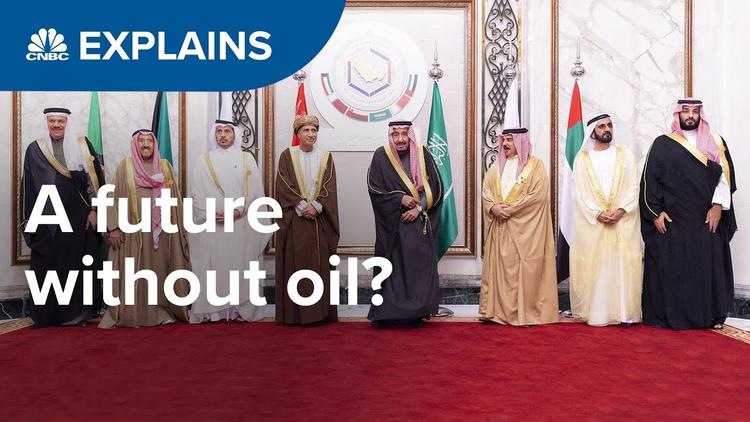 From independence until the advent of the Arab Spring, Middle Eastern states have suffered due to their constituting principle, a notion that can be traced back to the motivations and arrangements of former colonial powers.

Independence may have satisfied the demands of the region’s inhabitants for autonomy, Arabness and sovereignty, but for citizens, elites and leaders alike, these states have served as little more than artificial entities created and divvied up haphazardly by Western diplomats.

The region’s recent history has then been marked by the consequences of wars between Arabs and Israelis, particularly by the plight of the Palestinian people. A situation that dates back to the Sykes-Picot Agreement and Balfour Declaration which, over time, have turned the Arab cultural renaissance into a nationalistic and ideologically driven enterprise.

The impact of decades of Arab nationalism

Arab nationalism has been a major obstacle to achieving political diversity and civil debate within the region. Many countries have essentially used war with Israel as an excuse to justify multiple coups d’État and a military stranglehold on public life and constitutional affairs.

The most radical and totalitarian experience was that of the Ba’athists in Iraq and Syria, particularly following the rise to power of Hafez al-Assad (1970) and Saddam Hussein (1979). The Ba’ath Party took on a mission to deconstruct the Iraqi and Syrian states for more than three decades. In their schoolbooks, and even in the Constitution, citizens and students were taught that the Arab states were illegitimate, temporary, and doomed to oblivion.

Alongside this deification of political figures and the promise of Arab unity through Ba’athist revolution came a denial of minority rights, especially the Kurds. This denial culminated in thousands of Kurdish villages being levelled in northern Iraq during the First Gulf War, as well as mass killings by chemical weapons committed under the dictatorship of Saddam Hussein.

In Syria, the Kurdish population still has no recognized cultural rights, despite changes to the constitution in 2014, part of an attempt to re-legitimise the Assad regime during the ongoing civil war.

It appears unlikely that a territorial status quo can be installed to preserve the existing states while also helping regimes to evolve and establish pluralistic, inclusive systems. Even post-Arab Spring, with all its social and post-ideological assertions, the current situation remains one of stagnation and corresponds more to a post-state indecision.

The relationship between regime and state

The Syrian crisis began in 2011 with mass protests for political reform under the Bashar al-Assad regime. The demands were not concerned with identity or Syrian national borders. Rather, the revolutionary nature of these protests was defined by their social, post-ideological conscience, and a constitutionalist mindset for the state.

In the Middle East, there are no intra-state governments but rather regime-states. Within the various monarchies of the region, the monarch does not constitutionally stand for unity among his people, but bestows his subjects with their name and nationality. Such is the case of Arabia, whose various peoples are known as “Saudi” referring to the sovereign power of the Saud family. This flaw is less obvious in other Gulf regimes, but these countries are no less bound by the rules of absolute monarchy, an outdated political regime with no judicially secure future. Similarly, under the region’s “republican” regimes, states are not made to serve citizens but are instead driven solely by ethnic hierarchy: Jewish nationalist state, Arab nationalist state and, soon, perhaps, Kurdish nationalist state.

In other words, any normative homogeneity is totally lacking and all conflict is fated to bypass the dialectics of justice vs. injustice, freedom vs. tyranny or people vs. political regime. To date, there is no finalised state apparatus under the authority of which political views could oppose each other. This is because the issue of political legitimacy focuses on the nature of the state rather than the social and political struggles occurring within it.

The opening up of the Syrian-Iraqi domain to regional and international influences is the best proof of this, particularly when we consider the surprising emergence of various nascent statelets.

The Turkish, the Qataris and the Muslim Brotherhood did not generally aspire to constitutional, pluralistic democracies in Syria or elsewhere in the region. They sought instead to establish constitutional law upon electoral majorities, following the constitutional practices under the likes of Morsi in Egypt, Erdogan in Turkey or Putin in Russia. According to a number of Syrian opponents, the Muslim Brotherhood’s sponsors have managed to monopolise and hijack the representative bodies of the Syrian opposition, both in diplomacy and on the war field.

Meanwhile, Iran and Hezbollah enjoy a very vocal presence in Syria and Iraq, proclaiming revolutionary Shia Islam and the political system of mullahs and ayatollahs. They prey upon minorities in the region, steering conflicts into the area of irreconcilable opposition between Shias and Sunnis. Daesh first belonged to the same category as the Saudi medieval absolute monarchy; it then added to the mix the religious duty of jihad and territorial expansion. Then we have the Kurds, who have copied and continue to copy the Arab and Jewish mistake of a nationalist, monolithic state – and so the story goes on.

Normative homogeneity means judicial security. When applied to the Middle East, this can be viewed as a two-fold concept. It is both philosophical (the contract), as any political system is bound by legitimacy from the people, and legal (the Constitution), as state institutions are bound by the supremacy of law and human rights.

If regime change were to occur today in a Middle Eastern state, it could lead to the overhaul or even destruction of the said state, followed by a multitude of unpredictable territorial shifts and transformations. The legal existence of Syria, Saudi Arabia, Iraq or the state of Israel could all very easily be called into question. And the constituent alternatives to these states are as varied as the number of minorities and ethnicities present across the region (Kurds, Palestinians, Druzes, Shias and so on).

Questions for the future

Initially, the Arab Spring offered a glimpse into the possibility of states moving away from identity-based ideologies and political regimes toward an institutional foundation and a more constitutionalised system. If this idea is still alive and if we want to ensure that it is nurtured to fruition, we must consider the following issues:

These are just some of the many necessary questions that will require answering in the coming years.

This article is published as part of Transition from Violence: Lessons from the MENA, from the International Panel on Exiting Violence (IPEV).

Translated from the French by Enda Boorman for Fast ForWord.