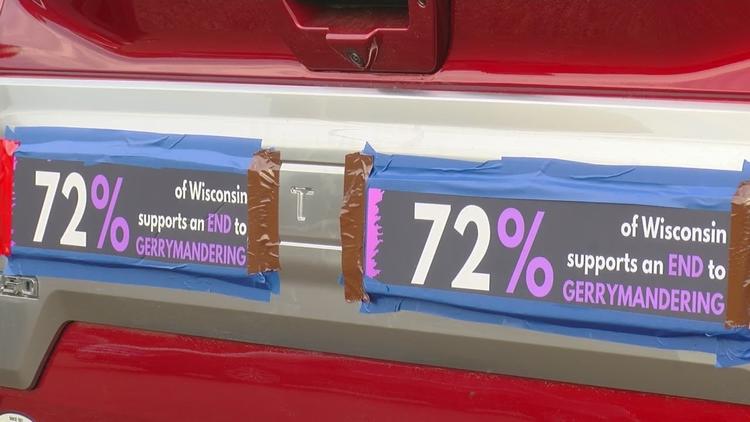 Tiffin, Oh. (Special to Informed Comment) – Right now, Ohio, Michigan and other states are in the process of drawing new legislative boundaries, which takes place every ten years based mostly on information gained from the US census. As this process gets into gear, it appears that once again single party dominance will be baked into Ohio’s electoral system. Michigan, on the other hand, has enacted reforms to enhance fair electoral competition. We will explain what gerrymandering is, and why it is damaging to democracy; then we will briefly outline the reforms adopted in Michigan.

Gerrymandering is a strategy designed to give an unfair advantage to a particular party by drawing the boundaries of electoral districts to maintain and consolidate power. This is done by “cracking”, that is dividing communities to reduce their voting impact; and by “packing” opponents into few districts with the intent of weakening their influence everywhere else. Gerrymandering has been around at least since 1812, when Massachusetts Governor Elbridge Gerry drew up skewed districts to aid his political clique.

Although gerrymandering has been around for centuries, it has recently become both more sophisticated and more dangerous. Today’s new hyper-powered gerrymandering makes use of modern computing and mapping technology to draw district boundaries with such precision as to nearly guarantee rule by the party that controls the process.

To put it bluntly, gerrymandering aims to create safe seats for politicians by maximizing the number of votes that do not count. No matter for whom one pulls the lever, the outcome of the vote is tilted in one direction. Instead of voters choosing among candidates for office, it is instead the politicians who select the voters.

This arrangement has dire consequences. For one thing, the artificial creation of so many safe seats leads to politicians who have little fear of being removed from office, and as a result they are more tempted to engage in corruption. It seems apparent that Ohio’s extreme gerrymandering has been partially responsible for recent incidents of outrageous corruption including First Energy bribes, tax money rip-offs by on-line schools with no students, the looting of state pension funds, and more.

Not only that, but safe gerrymandered districts also contribute to political extremism. In districts with safe seats, the general election is less important; the real contest is in the party primary in which radicals of various stripes can often knock off more moderate opponents. When the radicals win the general election and take office many of them are loath to compromise. Political polarization increases.

Gerrymandering is also a powerful instrument of voter suppression in that it discourages voter turnout. After all, what is the incentive to vote in an election in which the outcome is all but guaranteed? Although not well researched as yet, states with extreme gerrymandering may have around five percent lower turnout as a result.

At this point in time Ohio is among the ten most gerrymandered states in the country: The Republican party wins about 58- of the seats in Congress. Ohio State House and Senate seats are similarly distorted. Nationally, the Republicans gain around 20 seats in Congress each election cycle due to gerrymandering. In an evenly divided Congress such as exists now, that is a huge advantage.

Ohioans know most of this, and strongly oppose gerrymandering. In 2018 a ballot initiative to drastically limit the practice passed with around 75% support. Unfortunately it appears that the state’s Republicans aim to continue extreme gerrymandering in spite of their promises not to do so, and the clearly stated wishes of the voters.

In Michigan it is a different story. Thanks in large part to the work of political novice Katie Fahey starting in 2016, the citizens of Michigan overwhelmingly voted to get rid of partisan political control of the redistricting process and place it in the hands of an Independent Citizens Redistricting Commission. The Commission aims to create legislative districts that are compact, competitive and reflect the political balance of the state’s electorate – in other words, the opposite of gerrymandering. In a political tour de force for the ages, Ms. Fahey kicked off this political revolution with a single Facebook post.

It’s too early to tell whether the Michigan Redistricting Commission will be successful, but at least they have a chance.

Ohio would do well to heed these lessons in citizen action and the folly of taking politicians at their word.

Arnold Oliver is Professor Emeritus of Political Science at Heidelberg University in Tiffin, Ohio. He can be reached at

WFRV Local 5: “Protesters held a car parade and rally to voice their opposition to gerrymandering”