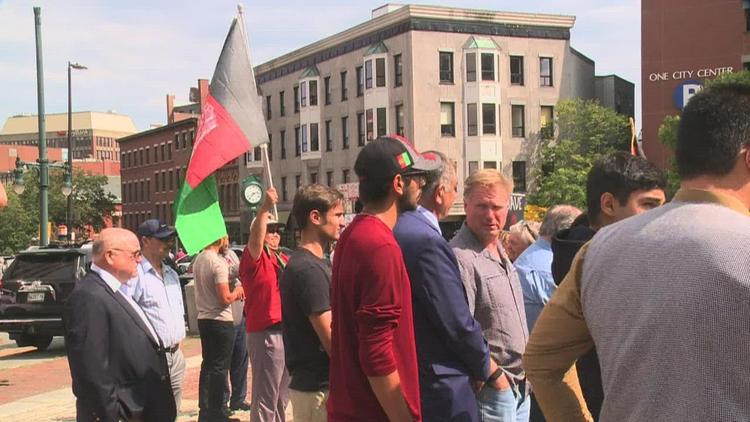 While there are no guarantees of success in the short-term, here are five proven steps that can be taken to mitigate violence as the Taliban consolidate power.

( Waging Nonviolence ) – As we reflect on what has transpired in Afghanistan with the Taliban returning to power, we have a vital opportunity for a more authentic, coherent humanitarian response. Toward this end, we must engage some critical analysis and questions.

We might ask why the Afghanistan government didn’t adequately have the support of its people? How can the conditions and momentum be generated for such trust, consideration and inclusion? Why has this been an ongoing issue long before the drawdown of U.S. troops?

President Biden has done a very courageous act by significantly reducing the role of the U.S. military and committing to military withdrawal in a large-scale international conflict, even after 20 years of U.S. military efforts in Afghanistan. He should be applauded for shifting away from U.S. arms industry interests, mainstream media and foreign policy thinkers as well as other government voices.

Some in the establishment media and their experts have argued that we should have kept or that we need to send the U.S. military back to Afghanistan and continue to utilize bombing support from the Air Force. They did send about 6,000 troops back to help U.S. diplomats and civilians and others to evacuate. Others have called for a “humanitarian intervention” of other military soldiers — from Muslim nations perhaps — in the form of a U.N. armed peacekeeping force. Strangely, Libya in 2011 and the Dayton Accords in the mid-90s are referenced as examples of the success of such a strategy.

When nonviolent resistance was predominant in Libya, key people were defecting such as cabinet members, ambassadors and military pilots. As the armed “humanitarian intervention” ignited, however, Ghaddafi’s killing only generated predictable habits of domination, destruction and violence in its wake — with war crimes, torture, violence spreading to Mali, ISIS entering the conflict, an ongoing civil war, militias taking over, two government structures and continued instability.

With the Dayton Accords, the plan agreed to was quite similar to the Vance-Owen plan the U.S. blocked three years earlier. More importantly, much of the hostility still lingered after the Dayton Accords and soon after Serbia was engaged in more horrendous violence with Kosovo. Ultimately, a student-led nonviolent movement called Otpor led the campaign that removed Milosevic from power in Serbia.

Another significant concern with armed intervention, even by “peacekeepers,” is that there are alarming rates of sexual abuse and rape of civilians whom these U.N. armed peacekeepers are intended to protect. There also has been documented sex trafficking, pedophile rings and the increasing of local prostitution by U.N. peacekeepers. Such sexual assault allegations have been brought forward in Central African Republic, Haiti, Mali, Democratic Republic of the Congo, Ivory Coast, Guinea, Liberia, Sierra Leone, Bosnia, Cambodia, East Timor, Bosnia and Kosovo. The additional problem of inadequate accountability for U.N. peacekeepers only exacerbates this habit and functions as another example of normalizing the power of domination and the threat and use of violence.

In turn, what would an authentic, coherent “humanitarian” response look like? On the one hand, this is complex and there are no guarantees of significant short-term shifts in a positive direction. On the other hand, there are some straightforward steps that President Biden and others have already taken or could try to better re-humanize this situation.

1. Diplomacy rooted in needs. Diplomatic efforts that are underway need to be urgent, consistent and ongoing to try and generate credible messengers at the diplomatic level who can influence the key stakeholders such as the Taliban, other Afghan government actors and civil society leaders. It’s important for any effective diplomacy to go beyond stated or presumed “interests,” and really try to unpack the deeper needs that stakeholders are trying to meet by their strategies. Then they need to build just peace proposals and agreements based on those needs as much as possible.

2. Robust evacuation. Evacuation routes for those who want them, not merely one’s “nationals” or those who helped our policies or those with resources need to be provided. We have the resources, planes, helicopters and intelligence to prevent a lot of suffering and save lives with this line of effort. This is where a commitment to human dignity and human rights must show through clearly over narrow visions of national interests.

3. Credible messengers. Identifying and mobilizing credible messengers at the local level in Afghanistan is critical. These can be important for diplomacy, dialogue, peacebuilding, strategic nonviolent resistance and unarmed civilian protection. There are normally people in each province and community that have relationships with various stakeholders, either by literally being related or through other types of interactions or shared activity that have occurred. Sometimes these are business leaders, religious leaders, elders, tribal leaders, charismatic figures, educators, social workers, athletes, retired soldiers or defectors. The strategy of enabling, connecting and resourcing influencers in local communities has proven to mitigate violence and can create conditions for some broader collaborative action. This also contributes to addressing critical root causes, such as lack of trust and inclusion.

4. Strategic nonviolent resistance. One form of such collaborative action would be training and support for strategic nonviolent resistance. This has happened to some extent and there are leaders on the ground with interest in such mobilization, such as the People’s Peace Movement as well as the Peace Training and Research Organization in Afghanistan. The People’s Peace Movement is a grassroots movement of civil society activists, relatives of victims killed in war and tribal elders. The Peace Training and Research Organization provides training in peacebuilding and good governance. They conduct research for governmental organizations, NGOs and local bodies, to inform policy and provide a deeper understanding of the relevant issues.

Yet, the resources and support has not been adequate. This is not about training people to protest in the streets per se, but about identifying doable concrete objectives, key sources of power, institutional pillars of support, potential allies and contingency plans in a very strategic way. For example, some concrete objectives might include ensuring local ceasefires, maintaining the flow of electricity, ensuring schools open for girls and releasing hostages.

We’ve seen such activity function in very violent situations and even during ruthless dictatorships to overall reduce patterns of violence as well as address grievances. There were prominent examples even during ISIS control in Iraq. In fact, research has demonstrated that nonviolent resistance movements are two times as effective as violent resistance, and at least 10 times more likely to lead to a durable democracy. At times, such nonviolent resistance can manifest as nonviolent civilian-based defense strategies.

5. Unarmed civilian protection and accompaniment. Another form of nonviolent collaborative action is unarmed civilian protection deployments, which can function to protect those at risk such as civilians, women and girls, those seeking evacuation and journalists. They use a variety of methods such as early warning/early response, rumor control, relationship building, accompaniment and interposition. This practice has also demonstrated proven success in war zones such as South Sudan, Colombia and Iraq. It has also gained important traction in U.N. policies and agencies. There has been some training in this within Afghanistan by groups like the DC Peace Team, and more support as well as training would be a critical contribution at this time. These units, especially with credible messengers, could function to provide some measure of safety to persons evacuating, trying to stay in certain locations, or trying to negotiate with various stakeholders.

The approaches cited above are not meant to be an exhaustive list; they are simply critical steps in a broader just peace process. Even if each of these are executed, some suffering and even death may still occur. Yet, they will go a long way toward mitigating such violence — not just in the short-term but, most importantly, the longer term. Ultimately, a coalition of credible messengers in Afghanistan will need to identify the kinds of people who are trusted by the people to govern.

Eli S. McCarthy, PhD is a professor at Georgetown University in Justice and Peace Studies. Since 2012, he has been engaged in federal policy advocacy with a particular focus on peacebuilding, nonviolence and just peace with his most recent book: A Just Peace Ethic Primer: Building Sustainable Peace and Breaking Cycles of Violence (2020).

NEWS CENTER Maine: ‘They should not be left behind’ | Portland rally for peace in Afghanistan”