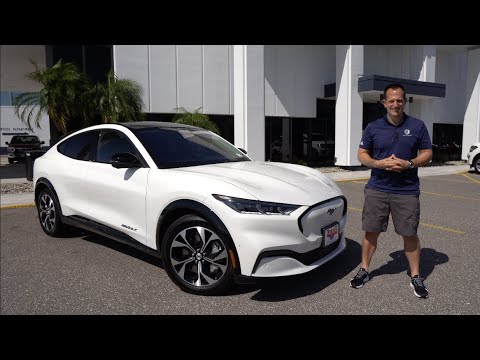 Ann Arbor (Informed Comment) – Louisiana’s petroleum refineries are out of action in the wake of Hurricane Ida. Refineries run on electricity, and electricity has been knocked out in New Orleans and environs, perhaps for another couple of weeks. Here’s the kicker: Louisiana refineries account for nearly 1/5 of America’s refining capacity.

Raw crude oil is just sludge, it is useless until it is refined. Then it becomes gasoline, diesel and other fuels.

Hurricane Ida was the fifth-largest such storm ever to hit the United States, causing an estimated $80 billion in damages and shutting down 95 percent of Gulf of Mexico oil production. Hurricanes are becoming more destructive because of human beings burning coal and gasoline and natural gas, putting billions of tons of carbon dioxide into the atmosphere every year. CO2 is a powerful heat-trapping gas that keeps the heat of the sun’s rays from radiating back out into space as they normally would. Hence, it causes the oceans to warm. Warm water feeds the ferocity of hurricanes and cyclones.

The Louisiana refineries mainly supply the southeast of the U.S.,including Louisiana itself, which means that many residents not only lack electricity but also gasoline to drive generators or to fuel their cars for supply runs.

This paralysis of America’s fourth-largest port, as I have argued, is a prime national security issue.

Imagine if the Biden cabinet were briefed by U.S. intelligence that a set of foreign terrorists had a plot to knock out a fifth of U.S. refining capacity, to halt all oil production in the Gulf, and to impose a black out lasting two or three weeks on one of America’s major ports!

I can’t tell you how many orders would be given to the generals at the Pentagon, to the intelligence field officers, and to the NSA to swing into action. Congress would pass a huge supplement to the military budget. Washington pull out all the stops to halt the plot.

And yet, the climate emergency is plotting to inflict that sort of damage on U.S. cities regularly. There is only one way to stop climate terrorism.

It is to stop burning coal and gasoline now.

Louisiana alone has six coal-fired electricity plants. Why? Coal is dirty and expensive and burning it puts greenhouse gases into the atmosphere that intensify hurricanes. The over 200 remaining coal plants in the U.S. fluctuate in their output but they account for between 20% and 25% of American electricity. Coal is the deadliest fossil fuel, producing more CO2 than any other, and the Biden plan to engineer the closing of these plants needs to accelerate.

As for gasoline, electric cars don’t use it.

Congress needs to drop subsidies for fossil fuels and raise taxes on gasoline cars, as well as increasing the tax credits for going electric.

Well there is a great new SUV, the Ford Mustang Mach-e. I’m not really sure why they called it a Mustang, since it isn’t really related to the sports car in design or styling. It is, however, very fast. It goes 0-60 in 3.5 seconds. I went and drove one the other day, and it handles nicely and looks great. It also has a range of about 300 miles on a charge, so there is much less range anxiety. Most people don’t drive 300 miles a day very often. It is obviously more for middle class drivers because the Select starts at $42,000, though there is a nice $7500 federal tax credit. But large numbers of Americans spend that on a car. In fact, “the estimated average transaction price for a light vehicle in the United States was $37,876 in 2020.” That is more than the Mach-e will be if you figure the tax credit.

If we Americans can switch rapidly to electric cars and switch to generating our electricity from wind, solar and hydro in this decade, we will not only reduce our CO2 emissions but we will pave a path for the rest of the world to make this transition quickly, as well. That step will keep the seas from heating up even more. They hotter they are, the more destructive will be the hurricanes they breed and the more dangerous petroleum rigs, pipelines and refineries.

Addressing the climate emergency is not woolly-minded futurism. It is a national security emergency.

Raiti’s Rides: “Is the 2021 Ford Mach-E an electric Mustang that’s worth the price?”