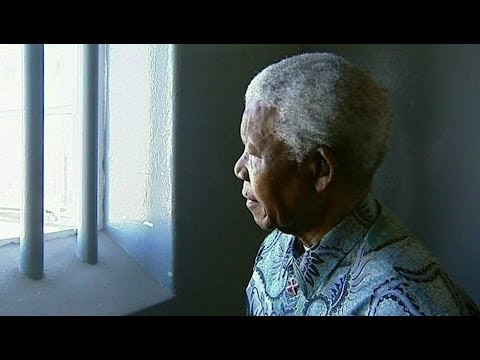 ( Middle East Monitor ) – When you do an online search for South Africa’s Robben Island, one of the suggested words used is “escapes”. It is obviously a common research topic.

Robben Island was the site of a prison for those who resisted colonial rule going back centuries. Early reports suggest that it was used to house prisoners in the 1600s. The grave standing next to the prison of a Muslim sheikh who defied Dutch colonial rule dates back to that era, and is a pointer to the history of Islam in southern Africa.

During the apartheid era in South Africa, the threat of the maximum-security prison was used to instil fear in those who resisted White domination, and serve as a warning to those who might consider doing so.

Apartheid was introduced formally in South Africa by the National Party which came into power in 1948, the same year that the Zionist state of Israel was founded in occupied Palestine. Links between the two were strong throughout the apartheid era even, it is believed, in the development of nuclear weapons.

It is no surprise, therefore, that the Israeli regime often appears to be a carbon copy of apartheid South Africa, employing tactics similar to those of the White minority government in Pretoria in its subjugation of the Palestinians, not least the brutality of its prisons. The Israeli prison system is a political instrument of fear, like Robben Island, used to intimidate Palestinians who are politically active and resist the Zionist state’s military occupation.

Moreover, Israel uses imprisonment as a form of social and political control over the Palestinians. So-called “administrative detention” sees Palestinians held with neither charge nor trial for periods which can be extended indefinitely. No reason is given for such detention, and “secret evidence” is often cited. Administrative detention is never used against Jewish citizens of the apartheid state of Israel.

Earlier this week, six Palestinian prisoners escaped from Israel’s high-security Gilboa Prison. According to multiple reports, the six escaped through a tunnel dug over a number of months using an old, rusty spoon. Such an incident is unheard of in the 73 years since Israel was created in occupied Palestine. The nature of the escape weakens the psychological hold that Israel’s punishments have over the Palestinians. Even the harshest conditions imaginable can surely hold no terrors for determined freedom fighters.

In the unlikeliest of fashion, these six heroes have rekindled Palestinian resistance hopes and ambitions. They continue to evade what has been described as the biggest manhunt in Israel history.

For decades the Israeli regime has sought to break the spirit of Palestinian political prisoner, who continue to go on hunger strike in protest at the conditions in which they are held. Prisoners’ rights are non-existent, and violations are well documented by international human rights organisations. One such report stands out; ironically it was drafted by representatives of the Israeli regime. The Public Defence Office said in 2019 that the conditions in which Palestinian prisoners are held, and their treatment by the regime, were abysmally inhumane; that torture was rife; and that child prisoners also faced torture as a matter of routine.

For prisoners held in such awful conditions to escape as they did is an act of resistance to be applauded. Indeed, congratulations have poured in from around the world on social media.

Once a formidable symbol of colonial apartheid oppression, Robben Island is today a museum visited by tourists. Israel now knows that its maximum security prison system is not invincible, and that Palestinian patience and determination can break down the strongest barriers, and strike back at even the most brutal of regimes.

MANDELA ‘BACK’ IN HIS ROBBEN ISLAND CELL – BBC NEWS