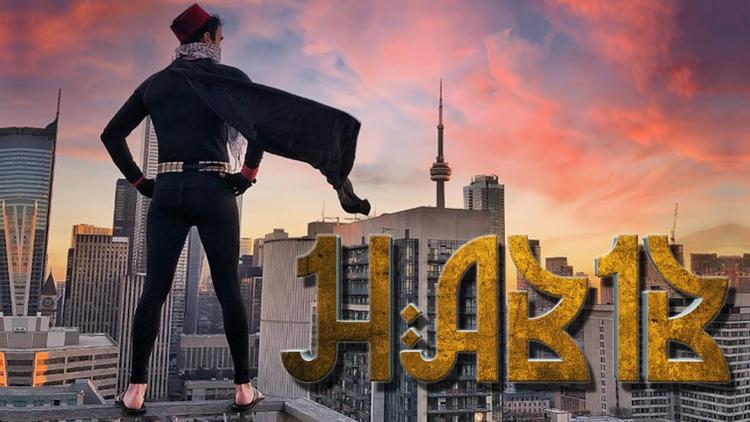 As a researcher of Muslim superheroes, I’ve learned about the many ways Islamophobia manifests. Because Islam is racialized in the west, Arab Christians, Hindus and Sikhs have been implicated in Islamophobic political discourses, making them victims of Islamophobia.

Many of these issues can be traced back to a strange convergence of stereotypes that became heightened after 9/11. Immediately following 9/11, but also in the years since, there has been a backlash that has negatively and urgently affected Muslim, Arab and brown communities.

This is especially concerning for many people in Canada amid recent hate crimes, such as the terror attack against a Muslim family in London, Ont.

The number of police-reported hate crimes in Canada increased by 47 per cent to 2,073 incidents in 2017, which included the attack on the Québec City mosque where six Muslim men were killed. While the number of incidents remained comparable in 2018, there was a 10 per cent increase in police reported hate crimes motivated by hatred of a race or ethnicity from 2018 to 2019, most targeting Arab or West Asian and Black people.

When we consider the portrayal of Arabs and Muslims in popular culture, it should be no surprise that members of these groups in post-9/11 North America have turned to creative approaches to help change the narrative.

One recent example is a mock trailer for a fictional superhero film project called Habib, by Wishful Genies. The Toronto-based comedy duo consists of writer, actor and comedian Rob Michaels and comedian and actor Fady Ghali.

The Habib trailer playfully contests long-held stereotypes of Arabs, which in turn makes a powerful statement on anti-Arab racism. The trailer has had over 80,000 views on YouTube since its upload in March and Wishful Genies also has a popular Tik Tok account.

Michaels and Ghali grew tired of “orientalist” representations of Arabs in popular culture.

Michaels, who is Iraqi-Canadian, admitted that when he wrote the script he based a lot of it on his life growing up, including random security checks he experienced.

Both Ghali and Michaels are Christian, and Michaels mentioned how people are often surprised by that fact. Non-Arabs in the west frequently assume that Arabs are Muslim and vice versa, when in fact fewer than 15 per cent of Muslims globally are Arabs and the Arab world is diverse with different dialects, religions, cultures and customs.

Arabs have long endured demeaning representations as Hollywood’s go-to villains as seen in films like Rules of Engagement (2000) and True Lies (1994). Such depictions became more commonplace in post-9/11 cinematic representations like the 2014-16 television show Tyrant and films like The Hurt Locker (2008) and American Sniper (2014).

The American-Arab Anti-Discrimination Committee documented “hundreds of violent messages targeting Arab and Muslim Americans” from people who had seen the film American Sniper on social media.

Ghali and Michaels may be seen alongside a wave of other Arab and Muslim creators in the west who use comedy and satire genres to engage stereotypes and expose social ills. In the tradition of stand-up comedy or satire, they use those apparently light-hearted genres to comment on, destabilize and challenge mainstream views.

What makes Habib work is its use of satire to contest racist views of Arabs. Habib appears to be a mash-up of Arab stereotypes: his costume, for instance, includes a keffiyeh and fez, which have different cultural and geographical connotations.

The trailer starts off with Habib fighting off a bad guy with pita bread and a sword. What proceeds are comic scenes with shisha, clueless S.H.I.E.L.D. agents and overbearing immigrant parents.

When Habib reveals his superhero identity to his family, his father rebukes him by telling him that he still needs to get a real job, “in case this superhero thing doesn’t work out.”

Most tellingly, when the Arab supervillain Wahish arrives on the scene, people start screaming, “He’ll blow himself up!” Wahish retorts in frustration: “I’m a supervillain! Not a terrorist!”

When I asked Michaels about that line, he stated, “I felt that was appropriate commentary to have him immediately labelled a terrorist just because he’s Arab, regardless of what he does. White people get the luxury of being supervillains, but in the media, Arab equals terrorist.”

Arab creators are also relying on comedic effect in their depiction of superheroes. After seeing the Habib trailer, I couldn’t help but draw a parallel to Marvel’s new Arab-American superhero, Amulet, who was introduced last year in The Magnificent Ms. Marvel series. Comics produced in the west have historically generated Arab villains like Batman’s nemesis Ra’s Al-Ghul.

In the issue that introduced Amulet (No. 13), the Arab-American writer Saladin Ahmed chose to include a laugh-out-loud scene with an Arab fortune teller dressed like a bellydancer.

In the case of Habib and Amulet, the focus is on Arab identity and not on the character’s religion.

Michael hopes Habib will further challenge generalizations about the Arab world and stereotypes propagated in popular culture if it ever makes it to film. When we consider how widespread those stereotypes are, and the urgent need to interrupt Islamophobic and anti-Arab racism and its harms, it feels like our world is due for a superhero-sized film like this.