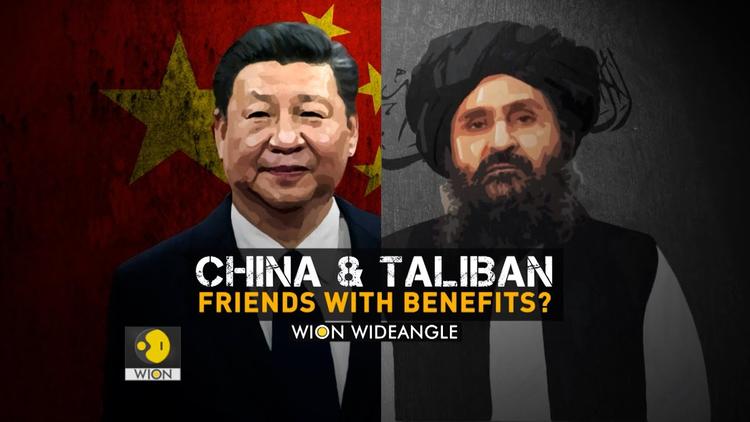 ( Middle East Monitor) – In an interview conducted recently with an Italian newspaper, the Taliban movement spokesperson, Zabiullah Mujahid, pointed out that the movement was ready to rely on China economically in its bid to manage the country following their swift takeover after the US troops withdrawal from the country after twenty years of occupation. Zabiullah told the Italian La Republica newspaper that; “China is our principal and most important partner. It represents a fundamental and exceptional opportunity for us because China is ready for investment in our country and for rebuilding it.”

Within this context, the Taliban spokesperson pointed to three important facts. The first is that the movement assigns great attention to the Silk Road project, which is considered a priority for Beijing in order to enhance its influence at the international level. The second is that Afghanistan possesses huge copper mines and that with the help of China it would be possible to revive work at them and even modernise them. As for the third fact, Zabiullah said that China would become something of a passage for Afghanistan toward global markets.

Such statements regarding China are not the first of their kind and it is obvious they will not be the last. The movement realises the importance of China not just at the level of geographical proximity and direct relationship but at the international level too in terms of China’s heavyweight, as well as its role and ambition in the international arena. The Taliban movement also knows well that governing Afghanistan is a completely different matter compared to resisting the occupation and that this would require it to take into consideration regional and international balances, achieving security and stability, and attracting foreign investments to the country.

From its own perspective, China considers Washington’s withdrawal to be a brutal defeat for the United States; a development that destroyed its image, reputation, and international credibility. Prior to the US withdrawal, China supported the internal Afghan-Afghan dialogue. Yet at the same time, it sent messages saying in effect that it is open to recognising the Taliban when the right time for doing so arrives. Some Chinese newspapers have said explicitly that Beijing has no interest in having a hostile relationship with the Taliban but at the same time called on the movement to recognise the necessity of dissociating itself completely from terrorism. Perhaps, the visit made to China toward the end of July by Mullah Bradar with a senior Taliban delegation and their meeting with the Chinese Foreign Minister pointed to an implicit Chinese recognition of the movement as a representative of Afghanistan and reflected China’s early conceptions about this matter.

Undoubtedly, China is the biggest winner in the current situation. It will definitely benefit from the situation once stability is accomplished in the country, money starts pouring into Afghanistan and China is allowed to invest and rebuild in the country. Such circumstances could create great opportunities for it, especially by working with Pakistan too. The Afghan factor is expected to bolster ties between Pakistan and China and create new mutual interests.

The irony, yet, is that as much as the US withdrawal from Afghanistan is likely to provide China with more opportunities, it is also likely to present certain challenges. At the domestic level, it is not easy to sell the notion of dealing with the Taliban as a rational, open and moderate player. The reason for such difficulty goes back to the negative picture created traditionally by the Chinese government for Islam and Islamic movements locally. For quite some time China has linked the Taliban movement to the Eastern Turkistan movement. Several official reports accused the Taliban of funding, training and arming the movement in China. For this reason, the Chinese public is currently confused by the effort its own government is making to present the Taliban in a completely different light.

Above all, China remains cautious from a security perspective despite its ambition to play a major economic role in Afghanistan in the coming period in a manner that would allow it to expedite the construction of the Afghan part of its Belt project. It would like also to invest in extracting the mineral resources stored underground in Afghanistan, which are estimated to have a value ranging between two and three trillion dollars.

What matters to China within the context of security is Afghanistan’s stability, the severance by the Taliban of any ties with Eastern Turkistan, and refraining from criticising Chinese policy in this regard. The Taliban seems to have realised this quite early. Evidently, it has never commented on China’s stance or its policies toward the Uyghur Muslims.

At the regional level, a failure of the Taliban to run Afghanistan, or the return of internal strife, or turning Afghanistan into a battlefield or a postal box for proxy wars, would this time lead to huge financial, security and political pressures on Beijing; given that the United States is no longer present in Afghanistan to handle such a situation. China would then find itself in an extremely difficult situation. Any reckonings related to benefiting from the situation inside Afghanistan would evaporate and perhaps turn into a nightmare.

Internationally, should the situation deteriorate in the future, China would become the target of sharp criticism from the international community, especially if China chooses to deal with the Taliban separately, without waiting for a united stance by the international community. However, should it prefer to deal with any potential opposition to the Taliban in the future, China would expose its own interests to danger. This might also turn the Taliban into an enemy instead of being a potential friend. Therefore, China’s reckonings in Afghanistan will be extremely critical in the coming period.

“Wion Wideangle | China and the Taliban: friends with benefits?”