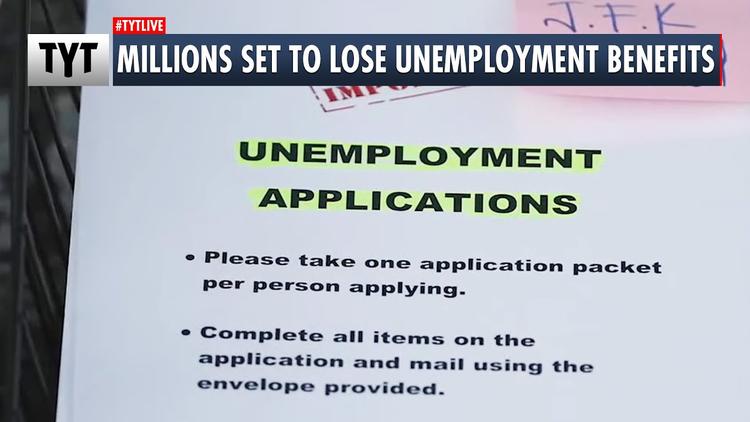 Ending enhanced unemployment benefits didn’t get people back to work. It just made them poorer.

An estimated 9 million Americans got the rug pulled out from under them over Labor Day weekend as enhanced pandemic federal unemployment benefits expired, leaving millions of families in the lurch during a record-breaking season for COVID-19 cases and hospitalizations.

Some 35 million people — nearly 1 in 10 Americans — live in households that will be impacted by the cut. Sen. Ted Cruz (R-TX) tweeted a response to those families: “Um, get a job?”

If only it were that simple.

Workers in this country aren’t lacking work ethic. They simply don’t have reliable child care, health care, or economic infrastructures to support them in times of crisis.

As much as lawmakers like Cruz would like to believe that the pandemic is behind us, the number of daily COVID-19 cases is three times higher than a year ago, with children now representing more than a quarter of weekly COVID-19 cases. And there are still 5.7 million fewer jobs than before the pandemic.

Vaccination rates are still lagging in much of the country, yet many state governments are

undermining masking rules and other basic precautions. That makes returning to work more dangerous for frontline workers, many of whom also continue to lack paid leave or reliable child care.

Additionally, in a pandemic that’s sent billionaire and CEO wealth soaring, many workers are asking if their labor is worth the risk if their bosses are the ones reaping the benefits.

How could we expect an abrupt and mass return to work under these conditions?

Republicans thought they could force it by simply cutting the added $300 a week in federal unemployment insurance. It didn’t work.

Over the summer, governors in 25 states prematurely ended the enhanced unemployment benefits to pressure people back to work. The results? Unimpressive. Payrolls grew by a meager 1.33 percent in the states that chose to end the benefits — compared to 1.37 percent in states that maintained them.

Unemployment insurance wasn’t keeping people out of work, it turns out. It was keeping them out of poverty.

After Congress expanded government assistance programs in spring 2020, including unemployment insurance, the number of people in poverty actually fell. All told, pandemic government aid programs kept 53 million people above the poverty line in 2020.

Had enhanced programs not been in place, the number of people in poverty would have increased by 2.5 percent, new data from the Center on Budget and Policy Priorities suggests.

The pandemic unemployment benefits also, for the first time, reached workers previously left out of our already-faltering unemployment system — including part-time workers, gig workers, and the self-employed.

Fortunately, Congress has an opportunity to build a just economy that advances equity in the pandemic recovery and beyond.

The $3.5 trillion reconciliation package Congress is debating would provide paid leave, universal pre-K, affordable childcare, an expanded Child Tax Credit, and better health care programs. These badly needed investments would provide families and individuals with the social safety net needed to recover from the pandemic before the next crisis hits.

If policy makers want to get people back to work, they need to make our economy work for people.

Rebekah Entralgo is the managing editor of Inequality.org at the Institute for Policy Studies. This op-ed was distributed by OtherWords.org.