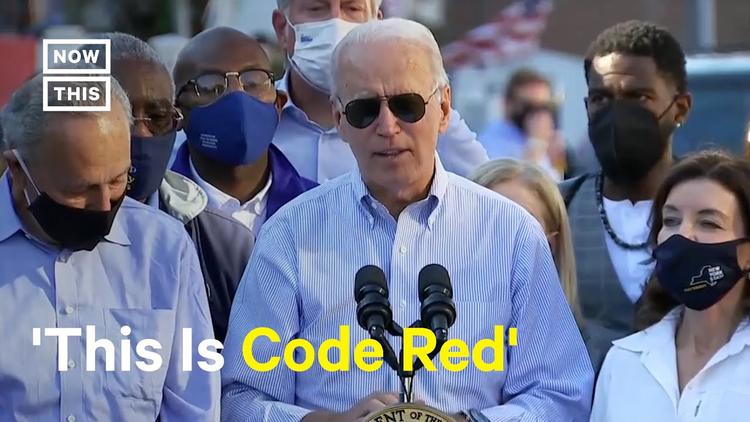 New York’s new governor, Kathy Hochul – forced to deal with every political leader’s nightmare, a weather disaster, after just one week in office – called the rain “far more than anyone expected.” In fact, despite many residents getting caught unaware, the potential for high-end flooding was amply predicted by the National Weather Service. A flash flood watch for the New York City area for Wednesday afternoon was issued by the local National Weather Service office an amazing 48 hours in advance: at 3 p.m. Monday. The watch warned that “widespread 3 to 5 inches of rain is forecast with locally higher amounts possible.”

Both long- and short-term predictions by climate scientists have been largely spot on. Although the behavior of hurricanes is often unpredictable, scientists have done an excellent job identifying conditions leading to major hurricanes.

Hochul ‘s comments reflect not only appalling ignorance and lack of interest in the existential issue of our time. Her lack of interest is equaled by an electorate that while caring about climate always marks it low in political priorities. In addition even when Congress acknowledges the climate crisis it becomes bogged down in squabbles over the budget. The net result is often money to ease the damage of hurricanes—such as levees– but little for the basic causes of climate change.

When Ida came ashore it was arriving on a land far more prepared for terrorists—and then only left or purportedly radical insurgents. Just as authorities are reluctant to hurt white supremacists, so also is mainstream middle class culture reluctant to enact policies that would make a real difference.

Why is it that when it comes to climate even professed believers can at best engage in reactive thinking while the military or the terror warriors often receive more than they request? Meanwhile Ida demonstrated an extraordinary capacity to self-intensify, to spin off storms so potent that forecasters had to issue simultaneous flood and tornado warnings. And most impressive the hurricane reversed the flow of the mighty Mississippi. Even old man river could not roll through this one.

If scarce resources are not devoted to bold climate initiatives, where is the money going. Fred Kaplan provides an informative list. These include a new destroyer, upgraded tanks, state of the art fighter jets. Two things are clear.. Army, Navy, and Air Force are well cared for. Secondly the titans of our corporate economy need not fear the military budget. Modern capitalist economies are recession-prone, and government spending has been a countercyclical requirement. Nonetheless, F-15s are not going to take American airline’s share of cross country travel. Thirdly the items that dominate the military budget are high tech -— great for the engineers among us and a good that even without the Russian threat demands continual upgrades. Add to this the fact that the military sector of the economy is heavily concentrated, thereby allowing military contractors to extract monopoly profits.

Historically the arms race intensified as well as reflected Cold War tensions. The portrayal of an affluent democratic society able to exploit nature was forged and strengthened against the background of an evil Soviet empire. That experience left a potent residue. Spencer Ackerman puts it well: “But, ultimately, all of these things that both parties, that the leaders of the security services and intellectuals created, maintained and justified, so readily, against the threat of a foreign menace, seen as civilizational, seen as an acceptable substitute for a geopolitical enemy that had served as a rallying purpose throughout the 20th century — the war on terror is kind of a zombie anti-communism in a lot of its political caste and association.” Such narratives were especially necessary in the years following the collapse of the Soviet Union and public support for a peace dividend.

The case against these priorities has never been greater. Resources have more vital uses. International collaboration on climate issues is a necessity. They are so devastating that using some of these weapons in battle is unthinkable. Nonetheless support for the military and the “American Way of Life” is deeply ingrained even among many who accept climate change. It is time to bury the zombie anti-communists.

Now this News: “Joe Biden on the Climate Crisis”