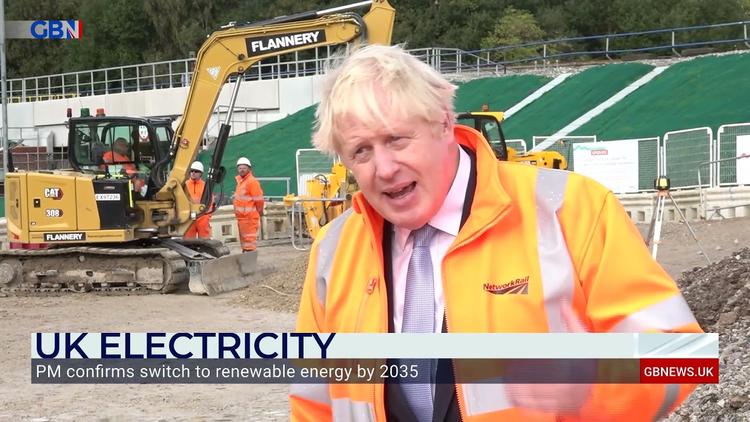 Ann Arbor (Informed Comment) – British Prime Minister Boris Johnson on Monday announced a goal of getting all electricity from renewables by 2035.

The announcement was flawed in various ways, but it was historic. The world’s first coal-fired electric plant opened in London in 1882. It was the Edison Electric Light Station, at 57 Holborn Viaduct. It powered electric lights and wasn’t a commercial success. In the twentieth century until about 1965, almost all British electricity was fueled by coal, after which nuclear, hydro, and from the mid-1990s, natural gas, took large shares.

Coal pollution in London grew so bad that in 1952 some 4,000 to 12,000 people are thought to have died in the Great Smog, when particulate matter in the air proved so heavy that it slashed visibility and fingers of it swirled into homes.

continued after video below.
—

Because of Britain’s use of coal in steam engines from the mid-eighteenth century, and adding in coal furnaces for heating in the 19th, and coal-fired electricity plants in the twentieth, it is considered the country that put the greatest amount of carbon dioxide into the atmosphere in modern history.

Only 1.8% of electricity in the UK now comes from coal, and all coal plants will close by 2024. This is not a boast that the United States of America can make.

Johnson’s remarks were likely intended to mollify the British public, which is suffering from high energy costs because of the price of natural gas. Energy prices have surged 70%. Gas plants generate 37% of British electricity, but some 25% comes from wind turbines. Solar accounts for 4% and hydro for 2%, which means wind, solar and hydro are around 30%.

If Britain can move to 100% wind, solar and hydro, it can avoid such price surges and dependence on imported gas from places like Norway (the biggest supplier) and the Netherlands.

Unfortunately, Boris Johnson is not really an environmentalist. He hasn’t said how he would practically implement this goal. He said he hoped new nuclear plants could be built, and spoke of “carbon capture.” There is no proven way to capture the carbon dioxide given off by burning fossil fuels, and if it could be done it would be both dangerous and expensive. Dangerous, because carbon dioxide, if it leaks, could kill people.

Wind and solar are seven times less carbon intensive than nuclear electricity plants. Moreover, to be able to take advantage of the spikes in wind and solar production, any other source of electricity would have to be easily scaled up and down. Nuclear plants are clunky in this regard, requiring days to shut down or start up. That is not even to speak of the toxic waste produced by nuclear plants, a problem no one has solved.

Pumped hydro storage would be far more compatible with the renewables, as would mega-batteries of the sort California has installed, which forestalled blackouts this summer. California has 1.5 gigawatts of battery storage now and plans for 3 gigawatts by the end of this year. And you don’t have to just think in terms of one country, despite Brexit. Norway is now exporting its extensive hydroelectricity to Germany via the Nordlink undersea cable, and is also connected to Denmark and the Netherlands.

Still, it is good to have Johnson’s statement of the principle of the thing. Britain is going green, and given the falling cost of wind and the development of big offshore wind farms, could well green its grid even before 2035.