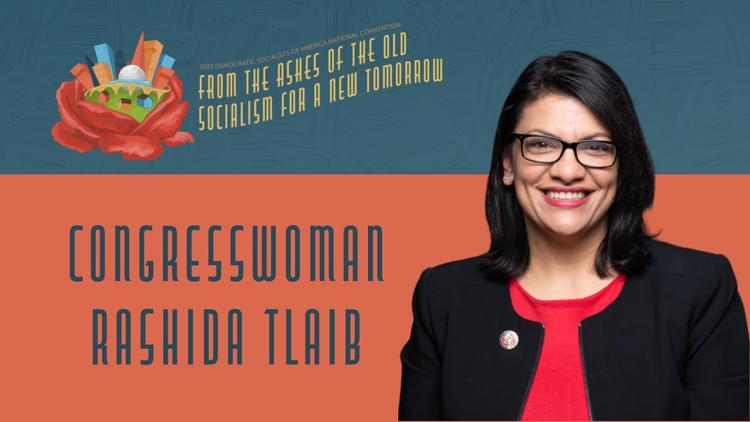 ( Southside Pride) – You have to wonder how many people actually listened to the allegedly antisemitic comments made by Michigan congresswoman Rashida Tlaib in a speech to a Socialist convention earlier this year. Not many, you can be sure of that. For days those comments were a lead news story, but a Google search for the comments themselves landed you in a media echo chamber. Unless you were very specific with search terms, you’d get pages of results featuring commentators decrying them before you got to the real thing. Right up near the top of the results would be the slanderous oped written by New York Times columnist Bret Stephens. (“Omar, ‘squad,’ launch another anti-Israel strike,” Sept. 24).

“Tlaib,” Stephens wrote, “gave a talk to the Democratic Socialists of America, in which she darkly alluded to certain people ‘behind the curtain’ who ‘make money’ by oppressing people ‘from Gaza to Detroit.’ Wonder who she had in mind? The comment barely registered as a political controversy outside of the narrow precincts of Jewish organizations.”

Not quite true, that last, unless you consider The Washington Post and the Washington Examiner – media outlets that stand like two goal posts at either end of America’s field of acceptable political discourse – to be Jewish organizations. Both featured columnists who were livid about Tlaib’s comments just days after she made them. But Stephens asks a good question: Who did she have in mind?

If you Google “Tlaib Democratic Socialists of America opening speech,” you can find out for yourself, in a 17-minute YouTube clip. The offending behind-the-curtain reference comes a bit more than seven minutes in, part of a thumbnail precis on U.S. politics in which Tlaib lays out a few standard-issue progressive talking points. Among them there is no suggestion – zero – that the forces behind the curtain are “the Jews.”

For most of that one minute she is talking about corporate interests and the interests of the wealthy, the multi-million dollar lobbying machine, and the obscene class disparity in both money and power that have become the hallmark of U.S. politics – all things that Bernie Sanders and tens of thousands of his supporters talk about all the time. What Tlaib says is that our politics is controlled by money, and that control is the key to understanding the direction of U.S. policy, and as a supporter of Palestinians against Israel she is acutely aware that includes U.S. policy on that issue among many others.

“I don’t care,” she says, “if it’s the struggle around global human rights and our fight to free Palestine or to pushing back against those that don’t believe in the minimum wage, or those that [don’t] believe people have a right to healthcare and so much more.”

Tlaib is not saying Jews don’t believe in the minimum wage, or Jews don’t believe people have a right to healthcare. What she is saying is what many people, from progressives to Trumpies and in between, have come to believe, that money controls the political system from A to Z. And, in that alphabet she includes U.S. foreign policy, including its policy vis a vis Israel and the Palestinians.

It’s an informal and at least partially extemporaneous speech, and Tlaib doesn’t get into specifics, but it’s clear enough the metaphorical “curtain” is the one created by Supreme Court decisions, including Citizens United, that allow companies and rich individuals to pour millions of dollars into political campaigns without identifying themselves, and lobbying laws that allow additional millions of dollars to be spent in support of candidates by trade groups like PhRMA, and by the fossil fuel industry.

Tlaib is well within her rights as a conscious human being who lives in a democracy to articulate and promote the cause of Palestinian nationalism. She also would have been within her rights to point out that individuals and groups self-identifying as Jewish have done the same for Israel, and that some of them have also poured millions into a political process that has written that country a blank check. And that’s their right, thanks to a rankly corrupt political system enabled by a conservative Supreme Court and a powerful cadre of Republican politicians – most of whom, for what it’s worth, do not identify as Jews.

But in this speech, Tlaib, perhaps wisely, does not go there. She doesn’t get into the matter of the AIPAC lobby, that notorious third rail for critics like Tlaib. And she doesn’t bring up that original clunk behind the curtain, the late Las Vegas billionaire Sheldon Adelson, who not only spent a fortune influencing U.S. politics, but bankrolled his own free newspaper in Israel, devoted to keeping Netanyahu afloat.

There are some nasty antisemites out there, there always has been, and when you keep finding them and their “dog whistles” where there is nothing but political argument you disagree with (e.g., the argument that swallowing up the West Bank has turned Israel into an apartheid state – something that began to be predicted as inevitable by a vocal left in Israel almost as soon as the occupation began after the 1967 war), you cheapen the currency. (“See! An antisemitic trope! He’s an antisemite!”)

That is why Jews in particular need to be careful about how they sling that term “antisemitism.”

This article was written for and will be published in the Southside Pride, a neighborhood newspaper in Minneapolis, and appears here with permission.