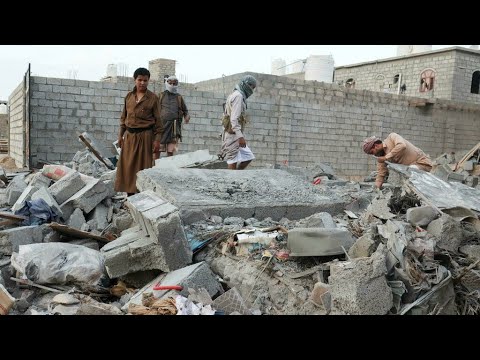 Ann Arbor (Informed Comment) – Al Jazeera reports that on Thursday the UN Human Rights Council voted 21 to 18 with 7 abstentions against a resolution urging the renewal of the mandate of of the Group of Eminent International and Regional Experts on Yemen (GEE). The group of experts had found in 2018 that parties to the Yemen War may have committed war crimes, including Saudi Arabia and its allies.

The move to discontinue the investigations is seen as a major abdication by the UN body of its responsibilities. It is the first such turn-down of a resolution since the Human Rights Council was established in 2007. It will have the effect of further taking the spotlight off the atrocities of the Yemen War, which has left over 130,000 dead, at least ten percent of them innocent civilians, and has displaced 4 million of the country’s 28 million inhabitants. The banking system is near bankruptcy, with the collapse in the value of the currency.

The war has interfered with the provision of health care, causing cholera outbreaks affecting over a million people, and has made it difficult to cope with COVID-19. My guess is that thousands of elderly Yemenis have just died in their beds of the deadly virus and been buried without any announcement of what killed them. Food insecurity owing to the war is widespread and there is genuine hunger, with some children becoming emaciated. The UN warns that 16 million Yemenis are “marching toward starvation.”

The Saudis have pulled out all the stops to prevent the UN from taking up the human rights violations it has committed in its rash and brutal war on Yemen, which it launched from the air in the spring of 2015, and which continues to this day despite Saudi and United Arab Emirates pledges to end it. The countries that voted against the continued investigations by the group of experts, which included “Bangladesh, China, Cuba, India, Indonesia, Libya, Pakistan, the Philippines and Russia,” either depend on Saudi oil or foreign aid or are philosophically opposed to human rights probes because of their own domestic repression.

It should be underlined that all sides in the war have committed war crimes. The indigenous Helpers of God or Houthis of north Yemen, who have attempted to take other parts of the country, have no respect for basic human rights and have used military tactics that endanger civilians. The Saudis and the UAE, however, are interlopers who invaded the country and so their war crimes are aggravated by deriving from a war of aggression. The Saudis are backing the nationalist forces of the overthrown president, Abd-Rabbuh Mansour Hadi, while the United Arab Emirates has backed the Southern Transitional Council, which has secessionist tendencies. The nationalists and the southerners have occasionally fought each other in Aden and elsewhere, putting supposed allies Saudi Arabia and the UAE on opposite sides of this struggle.

The Houthis mounted a drive beginning nineteen months ago to take Marib, and the fighting there has displaced 10,000 people just this month, according to AP. Some 170,000 people have been displaced there since January of 2020. The Houthis are Zaydi Shiites, though not all Zaydi Shiites are supporters of the Houthis. Marib is Sunni and distant from the north Yemen power base of the Houthis. The Houthis have indiscriminately shelled the city, which is a war crime, since it needlessly endangers non-combatants.

Although Riyadh and Washington view the war as a proxy fight with Iran, Iran’s involvement is relatively limited. The Houthis are an indigenous Zaydi movement that grew up in opposition to increasing Saudi and Wahhabi hegemony in Yemen.

The Biden administration has sent a special envoy to try to broker a peace in Yemen, as AP’s Aamer Madhani reports, but the efforts are low-key and Biden has backed off twisting the arms of the Saudis and the UAE to get a quick cease-fire.

The Yemeni people are in the midst of a massive humanitarian catastrophe, and this fruitless war must be ended quickly or the loss of life from famine could be enormous.