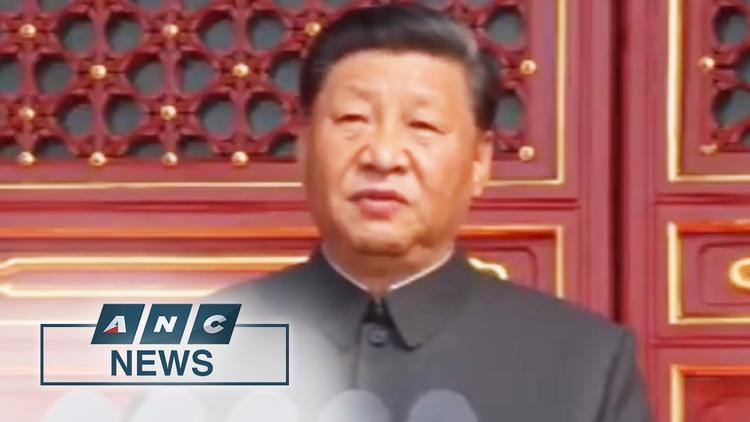 Ann Arbor (Informed Comment) – Iran is a big beneficiary of the run-up in oil prices, with Brent crude hitting a multi-year high of $83 a barrel on Wednesday and the West Texas Intermediate price hitting about $79 a barrel. Analysts expect prices to remain high as we move into winter, when there is extra demand, and given the decision of the Organization of Petroleum Exporting Countries not to rapidly expand production to meet demand.

Among the beneficiaries of this spike in prices are electric cars and Iran. As for electric cars, the recent fuel shortages in Britain and high prices have caused electric vehicle sales to soar.

As for Iran, which is still under Trump’s savage financial and trade blockade, the extra income will bolster the new hard line government of President Ebrahim Raisi, elected in June. The Raisi administration is restoring 10,000 jobs in the oil industry in the country’s southwest, which had been slashed as a cost-cutting measure by President Hassan Rouhani, in response to the Trump blockade. Raisi either believes that the negotiations with the Biden administration to restore the 2015 Iran deal will be successful, or he thinks that the high oil prices will last a while and Iran will be able to evade US sanctions even more successfully than it now does.

That is, Raisi is bullish on Iran’s economic future, which makes me ask, “what’s up?”

Iran had been exporting some 2.5 million barrels a day of petroleum in 2018 and had mothballed most of its civilian nuclear enrichment program under the 2015 Iran deal or Joint Comprehensive Plan of Action (JCPOA). Then Trump abruptly breached the treaty and put the screws on Iran, interfering with its ordinary trade in oil and threatening to sanction third parties who bought it.

Iran’s production has been slashed by about 2 million barrels a day, with exports estimated at 650,000 barrels a day, about a fourth of what it was three years ago. Most of these exports are smuggled to China and disguised as coming from other countries such as the United Arab Emirates.

China has firmly resisted US threats of sanctions and has covertly imported a lot of Iranian oil. Since Iran has to sell at a 25% discount because of the US sanctions, private Chinese companies in the south of the country are eager for Iranian crude. This eagerness will almost certainly increase now that prices have spiked, making Iran’s discounted petroleum even more attractive.

Last week the Biden administration, seeking to bring Iran to the negotiating table, asked China to reduce its imports from Iran, but the Chinese replied with a firm “no.” (See clip below.)

Iran is also now exporting oil to Afghanistan, at the request of the Taliban, and it exports to Iraq despite US opposition. It is also exporting to Lebanon via Syria, thereby avoiding US sanctions in Beirut. It also exports hydrocarbon products to Venezuela, evading a US naval blockade.

The Lebanese party-militia Hezbollah is importing Iranian petroleum through Baniyas port in Syria and then trucking it into Lebanon, which is experiencing fuel shortages and a general collapse of its economy and society. Iran’s attack on an Israeli tanker in the Gulf in July may to have led the Israelis to permit these Iranian shipments though they had tried to interfere with them earlier. The two countries may be trying to avoid a “mutual assured destruction” scenario with regard to their regional trade. The former, Netanyahu, government struck a deal with the UAE to ship petroleum from the Red Sea to the Mediterranean through Israel, with which Iran could certainly interfere if it were angry enough.

Bozorgmehr Sharafedin and Florence Tan at Reuters point out that while US sanctions have devastated petroleum sales or forced them underground, Iran was able to export $20 billion worth of petrochemicals and other petroleum projects in 2020, whereas oil sales only brought in $10 billion (at least according to official statistics).

One of the markets for some Iranian hydrocarbons is Venezuela, which has enormous deposits of petroleum but little natural gas. Natural gas condensates are used to make diluents that are necessary for refining crude petroleum into gasoline. Venezuela used to import condensates from the US, but has been cut off and sanctioned. Purchasing diluents for refining from Iran allows Caracas to go on refining and producing gasoline. Iranian tankers turn off their transponders to avoid being tracked by the US navy, which impounded one Iranian tanker in the Trump era.

These oil politics in my view are only salient for another ten or fifteen years. Most petroleum is used to power vehicles, and that industry is going electric. Fertilizer and other petrochemicals will still have some value. Iran, unlike some oil states, however, has great economic potential apart from petroleum. If Raisi can strike a deal with Biden, his apparent optimism will certainly prove prescient.