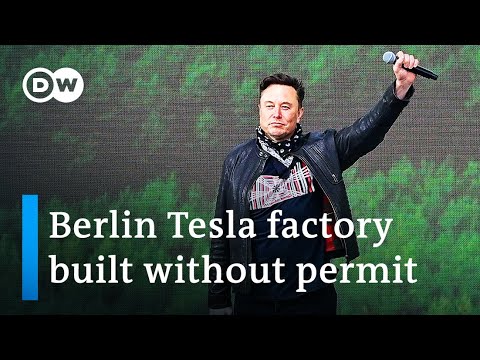 Tesla all but dominated the market, coming close to usurping the top spot from Volkswagen’s best-selling Golf, Spiegel adds. The VW Golf was ahead of the Tesla Model 3 by just 58 vehicles after reaching 6,886 new registrations in September. With 6,828 newly registered Model 3s, Tesla was well ahead of Audi, which sold a total of only 900 units of its six main combustion engine lines combined; BMW, which sold some 3,000 3 Series models; and Mercedes, which sold nearly 2,200 C-Class and the similarly sized CLA-Class models, WirtschaftsWoche writes. The three German carmakers reached 6,100 new registrations combined in the Model 3 category.

The publication points out, however, that the September figures are not representative for the whole year, noting that the low levels of new registrations from German premium manufacturers are likely due in part to the chip crisis that is currently hobbling the industry. Tesla has so far sold some 23,000 Model 3s in Germany this year.

Audi, BMW and Mercedes will each have higher numbers in the current year with their competing models with combustion engines, the magazine adds. The figures nevertheless point to a general shift towards e-vehicles. In September, 41 percent fewer petrol-powered cars were sold in Germany compared to the same period last year, while diesel engine models were down 54 percent. By contrast, hybrids were up 11 percent, plug-in hybrids 14 percent and fully-electric cars 59 percent.

At a festival at the site of Tesla’s new factory near the German capital Berlin, company CEO Elon Musk on Saturday (9 October) said first cars should roll off the production line as early as next month, but added that volume production would take much longer to achieve, reported Reuters.