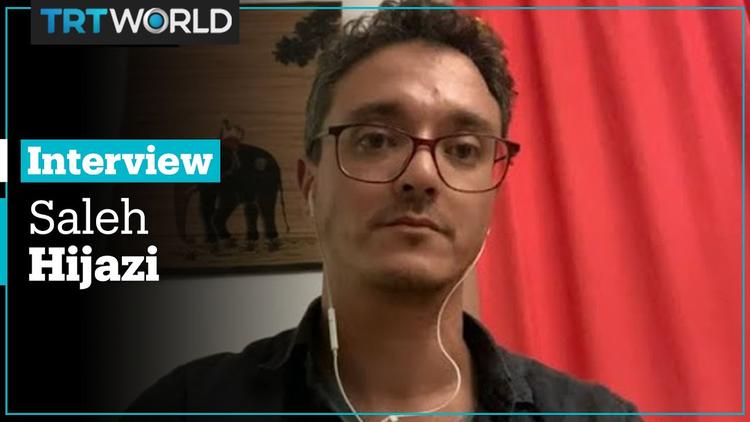 The Israeli government had tried to peddle this line to the members of the European Union, presenting what it said was evidence, but got no traction when the European states said that the “evidence” was unconvincing. Per Olsson Fridh, Sweden’s minister of international development referred to this rejection in a tweet condemning the ban and expressing concern that Israel was circumscribing civil society in Palestine:

“The Minister of Defense’s designation of prominent Palestinian civil society organizations, among them our colleagues in the Palestinian human rights community, as terrorist organizations, is a draconian measure that criminalizes critical human rights work. Documentation, advocacy, and legal aid are fundamental activities for the protection of human rights worldwide. Criminalizing such work is an act of cowardice, characteristic of repressive authoritarian regimes. Civil society and human rights defenders must be protected. We stand in solidarity with our Palestinian colleagues, and call on members of the Israeli government and the international community to oppose this decision unequivocally.

The United Nations Human Rights Council issued a statement that quoted their own human rights experts,

“The six Palestinian organizations are Addameer, Al-Haq, Defense for Children International — Palestine, the Union of Agricultural Work Committees, the Bisan Center for Research and Development, and the Union of Palestinian Women Committees. Among the communities that they work with are Palestinian women and girls, children, peasant families, prisoners and civil society activists, all of whom face increased levels of discrimination and even violence. ‘These organisations speak the language of universal human rights,’ the experts said. ‘They use a rights-based approach to their work, including a gendered analysis, to document human rights abuses of all kinds in Palestine, including business-related human rights abuses.'”

The UN notes that the Gantz decree will allow the Israeli military to shutter all six organizations. The statement adds,

“This appalling and unjust decision is an attack by the Israeli government on the international human rights movement. For decades, Israeli authorities have systematically sought to muzzle human rights monitoring and punish those who criticize its repressive rule over Palestinians. While staff members of our organizations have faced deportation and travel bans, Palestinian human rights defenders have always borne the brunt of the repression. This decision is an alarming escalation that threatens to shut down the work of Palestine’s most prominent civil society organizations. The decades-long failure of the international community to challenge grave Israeli human rights abuses and impose meaningful consequences for them has emboldened Israeli authorities to act in this brazen manner.

How the international community responds will be a true test of its resolve to protect human rights defenders. We are proud to work with our Palestinian partners and have been doing so for decades. They represent the best of global civil society. We stand with them in challenging this outrageous decision.”

The Israeli government has alleged that the six groups are somehow connected to the Popular Front for the Liberation of Palestine (PFLP), which it considers a terrorist group, as do most countries. The group itself says that it no longer carries out suicide bombings or other acts of terrorism. The PFLP is a secular group with roots in Marxism-Leninism.

Almost all Palestinian organizing goes back to political parties grouped in the Palestine National Council, the legislature of the Palestine Liberation Organization, in the 1960s. Several of the groups in the council have a past in launching guerrilla actions, including Fateh, which has now become mainstreamed, and the PFLP. Most such parties gave up violence with the Oslo Accords in the 1990s, though not all have and not all their members have. You can hardly find, however, any Palestinian activist movement that doesn’t have its roots in those guerrilla organizations, and the Israeli government is just playing “gotcha” by accusing the present, peaceful human rights groups of being terrorism-adjacent. Most Israeli political parties also have a guerrilla dimension in their past.

By Gantz’s logic the Likud Party would have to be banned because it stands in a line that goes back in part to the Stern Gang, a member of which was a Likud prime minister. A constituent of the later Herut and then Likud parties, Irgun, was behind the bombing of the King David Hotel in Jerusalem in 1946, an attack on a British intelligence unit based there which killed 91 people and wounded 45, many of them civilians. Likud party stalwarts like Binyamin Netanyahu still celebrate the terrorism against the King David Hotel.

TRT World: Saleh Hijazi of Amnesty International on “Why is Israel trying to silence Palestinian human rights groups by labelling them terrorists?”