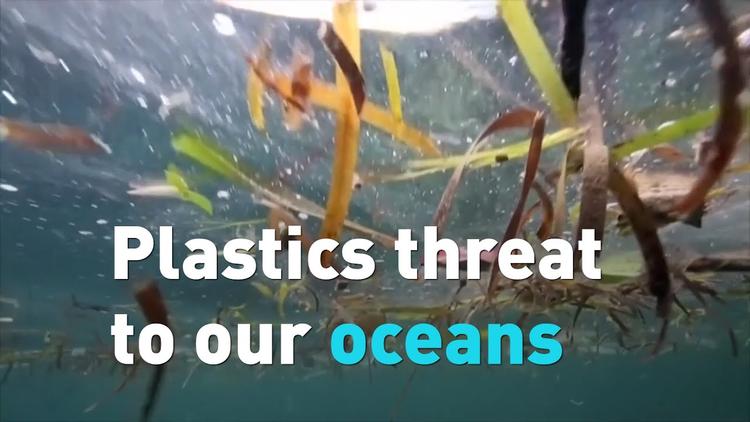 Little pieces of plastic can now be found everywhere: from table salt, drinking water and food, to the deep seas, far deserts and most remote mountains. While it’s not surprising to find plastics and microplastics in urban environments where they’re used every day, their appearance in uninhabited corners of the planet is deeply disturbing.

These tiny plastic fragments, many consisting of fibres less than 5mm wide, are lightweight enough to be carried on the wind: a new explanation for the widespread presence of these particles.

A new study published this year has found microplastics in soils collected from sand in the Kavir and Lut deserts of Iran, with an average abundance of about 0.02 microplastic particles per gram of sand. Given little evidence of any large plastic objects in these areas, the particles were probably deposited in the desert by the wind.

Last year, researchers collected hundreds of wet and dry environmental samples from the most isolated areas in the US, such as the Grand Canyon.

They found that 98% of all samples contained microplastics, and that nearly 70% of those microplastics were transported to these remote locations by rain and wind. Most of these particles were synthetic microfibres, used for making clothes.

In Europe, researchers have analysed snow samples in Fram Strait, a sea passage between Svalbard and Greenland, to look for microplastics. They were successful, confirming the contamination of the Arctic atmosphere.

So far, although comparatively little research overall has been done on airborne microplastics, studies like these consistently highlight that atmospheric transport of plastic particles is a major contributor to the ubiquity of plastic around the world.

Globally, it has been estimated that up to 33.76  tonnes of atmospheric microplastic fibres can be generated in a year. And this amount is only going to grow as plastic production increases. This spells bad news for the health of our environment.

Effects are not well understood

We have already spent over two decades studying microplastics in the sea and on land, but the data we’ve gathered is still just a drop in the ocean. That means many uncertainties remain about the true impact of microplastics.

What we do know is that even pristine rain and snow now contain a cocktail of different types of microplastics, chemicals, natural and artificial particles.

Although the reported amount of microplastics in the air appears to be relatively low, we can’t predict all of the potential ecological and health risks posed by long-term exposure to microplastics, especially in combination with other illness-causing airborne pollutants such as nitrogen and sulphur oxides already found in the environment.

Studies looking at what happens when microplastics accumulate in animal tissues – for example, altering immune responses and increasing inflammation – may have implications for how the human body responds to intrusion by plastic. But we need more research to understand exactly how much humans are exposed to microplastics and what these particles do inside our bodies.

Compared with microplastics in the marine and terrestrial environments, the phenomenon of airborne microplastics is even less well understood. That means more research must be undertaken urgently to understand the consequences of atmospheric microplastic exposure to plant, animal and human health. After all, it’s reasonable to assume it is not good news that we are all breathing and walking in plastic wind, rain and snow.

CGTN: “Plastics in our oceans”