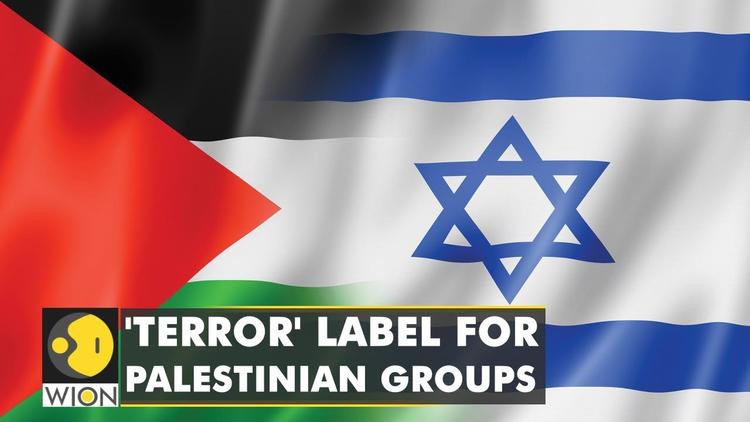 To do so, Defence”Minister Benny Gantz and his government unilaterally designated them as “terrorist” groups.

The Israelis presented no evidence for this new claim.

This is quite simply an attack on Palestinian existence. There are no forms of Palestinian public life that are considered permitted and legal by Israel.

When I lived in the West Bank between 2005 and 2007, I witnessed this first-hand. Any Palestinian demonstration against the occupation – no matter how peaceful – would be outlawed, and the area declared a “closed military zone”.

And now, it seems Israel wants to declare even the liberal concept of “human rights” to be a closed military zone.

The six groups are Al-Haq, Addameer, Defence for Children International, the Union of Agricultural Work Committees, the Bisan Centre for Research and Development and the Union of Palestinian Women’s Committees.

As Maureen Murphy, my colleague at The Electronic Intifada, has put it, anyone who has ever had any contact with any of these groups in Palestine will know that the Israeli claims against them are simply insane.

Anyone who has had any level of engagement with these groups knows these claims are totally bonkers https://t.co/PZ35lVvaqY

Any Palestinian or international group of any description operating in the West Bank – including major global charities like Oxfam – already work under the most stringent and onerous accounting and reporting regimes in the world.

This is because Israel has for many years propagandised against Palestinian human rights groups and smeared via its Israel lobby in the West with vague and sinister allegations of “terror”.

Now, as a lawyer with the Centre for Constitutional Rights Diala Shamas put it, Israel has given up efforts to persuade or bully European and US donors to defund and marginalise Palestinian human rights groups and has instead crudely resorted to a draconian ban.

Translation of these orders: after years of unsuccessful efforts to persuade, or bully European and US donors and allies to defund and discredit Palestinian human rights defenders, the Israeli govt gives up and just criminalized them under Israeli law. https://t.co/Jyjb8glZhm

The allegation against the six groups – again, made entirely without evidence – is that they act as fundraising bodies for leftist Palestinian political party, the Popular Front for the Liberation of Palestine.

Like virtually all other Palestinian parties, Israel banned the PFLP many years ago, smearing it as a “terrorist” group.

Palestinians have a right under international law to defend themselves from Israel’s armed aggression. Resistance is not terrorism.

But even that aside, Israel’s allegations are ludicrous.

Israeli propaganda outlets claimed that the PFLP “created” the six groups as fronts to enable fundraising for their alleged armed activities.

But this makes absolutely no sense. These are not new groups. Al-Haq, for example, was established in 1979 and has a long and reliable track record. Its work is well-regarded the world over.

If it was a “front” for the PFLP all along, then why did Israel wait 42 years to ban it? And where is the proof?

The truth is that this is just another case of crude Israeli forgery against entirely peaceful charity and human rights work in Palestine – in some ways, like the case of Mohammed El-Halabi, the Gaza aid worker deliberately framed by Israel.

For those who distinguish btw "democratic" Israel in Green Line & the occupation, what do you make of an order issued by Israeli-elected govt, based on Israeli law, issued in Israel, that bans Palestinian orgs in OPT with no say over govt who controls their lives? It's apartheid. https://t.co/ZfST9hQJbZ

Support for the six groups has come from all over the world, including Amnesty International, Human Rights Watch and Israeli group B’Tselem – which called the move “an act characteristic of totalitarian regimes.”

The European Union (EU), the UK and the US have refused to condemn Israel’s blatantly aggressive ban on Palestinian human rights groups.

While the EU has made vague noises about how it “will continue to stand by international law,” it has effectively given Israel the green light to continue its crackdown by refusing to condemn it.

This is a disgrace that we should campaign to reverse.

Israel must un-ban these six groups immediately. Time is of the essence.