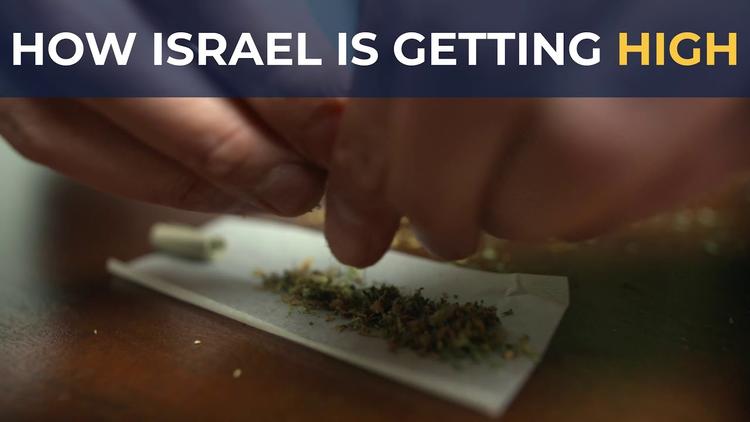 Ann Arbor (Informed Comment) – Jack Khoury and Noa Shpigel report at Haaretz that the Israeli government is advancing a marijuana bill that may gain the support of the United Arab List, a Muslim fundamentalist party that forms part of the 8-party coalition underpinning the government of Prime Minister Naftali Bennett. Although Mansour Abbas, the leader of the UAL, declined to support a similar bill in 2019 or even last summer, he says he may be on board with this one.

Medical marijuana is permitted in Israel, though people complain about the fewness of dispensaries. Recreational marijuana is forbidden. Marijuana is illegal in Israel not because of Jewish or Islamic law but because of the British colonial heritage. It is Western Victorian prudery.

Haaretz reports that MK David Amsalem, of the far right wing and racist Likud Party, ridiculed Abbas for changing his position: “You are trampling on Islam. They gave you a few dimes, promised you a few jobs and suddenly Islam permits it (cannabis).”

Amsalem, like most Israeli politicians, clearly knows nothing about Islamic law or Islamic history. In fact, the use of marijuana was widespread in the premodern Muslim world. If the United Arab List in the end balks at legalizing marijuana, it will be because of modern fundamentalism, not because of Islamic tradition.

The great tradition of medieval Muslim medicine valued marijuana. Avicenna in his classic Canon recommended it as an analgesic for headaches, and the great physician al-Razi (Rhazes in the Latin west) prescribed marijuana as a treatment for “ear problems, dandruff, flatulence as well as epilepsy,” according to Maziyar Ghiabi and his colleagues.

Avicenna’s Canon was central to Renaissance science in its Latin translation and its influence lingered in some medical schools in Europe and Russia into the nineteenth century.

Ghiyabi et al. also note that some groups of Muslims, especially the itinerant holy men called Qalandars, regularly incorporated marijuana into their spiritual practices, in the same way that some American Indians used peyote in their religious lives. In my research on Islam in premodern India, I found that marijuana or bhang was used by major Sufi orders such as the Suhrawardis. That is, there are major Muslim spiritual traditions of recreational use of marijuana.

The medieval Egyptian historian Taqi al-Din al-Maqrizi (1364–1442) said that marijuana or hashish had first been brought to Egypt in 1230 or 1231 by a Sufi or Muslim mystic, and that it became wildly popular. He said he knew of no fatwa or considered religious legal opinion against it in his own time. Hashish came to be grown all over Egypt and even in parts of Cairo. The Mamluk government tried to set a minor fine for its cultivation, but apparently no one paid any attention to it. By 1412 it was widely used, and the upper classes took pride in consuming it, without there being any stigma attached to it. It continued to be grown after the Ottomans took Egypt in 1517. In medieval and early modern Egypt, recreational marijuana was a normal part of the life of Muslims.

It was only in the early 19th century in Egypt that the mercantilist, modernizing government of Albanian military man Mehmet Ali (Muhammad Ali) Pasha, who had become the Ottoman viceroy, tried to ban marijuana on the grounds that it reduced workers’ productivity and made them lazy.

So, yes, anti-marijuana attitudes are in part a reflection of modernist concerns and have nothing to do with medieval Muslim practice. Fundamentalist Muslim legislation against marijuana is largely a modern phenomenon.

The Qur’an does not mention marijuana or hashish. It does discourage alcohol, though since the Muslim scripture does not specify any punishment for its use, many Muslim jurists over the centuries declined to punish its use.

Some Muslim thinkers wanted to forbid marijuana on analogy to alcohol, since both are intoxicants and both affect moral judgment. This analogy, however, was rejected by most jurists, as Maziar Ghiabi and his colleagues point out.

Some clerics did rule against the use of marijuana as an intoxicant. But as Ghiabi et al. note, Islamic law permits believers to do what they urgently need to do (darura). If you are thirsting to death in the desert and the only drink available is wine, then it is permitted to drink it. Likewise, even some medieval thinkers admitted that if someone had an urgent medical need for marijuana,, that would be permitted.

Contemporary Muslim jurisprudence notes that there are two substances in marijuana, CBD and THC. It is the THC that gives you the high. Legal thinkers urge that marijuana high in CBD and low in THC be used for pain killing, but say that if there is a medical need that can only be met (e.g. nausea from chemotherapy) by marijuana high in THC, that would be permissible.

So the joke is on David Amsalem, who just spoke out of ignorance of the finer points of Islamic law and of the actual history of the Muslim world. If Mansour Abbas and his party, which is influenced by the Muslim Brotherhood, do end up supporting the legalization of marijuana, they would be in the long tradition of Islamic medicine going back to Avicenna. And note that al-Maqrizi said there was no fatwa at all against marijuana use in the 1200s to the 1400s, which was ubiquitous in medieval and early modern Egypt, so the great Muslim jurists of that era appear not to have even attempted to forbid it.

i24 How Israel is Getting High (Medical Cannabis Revolution)