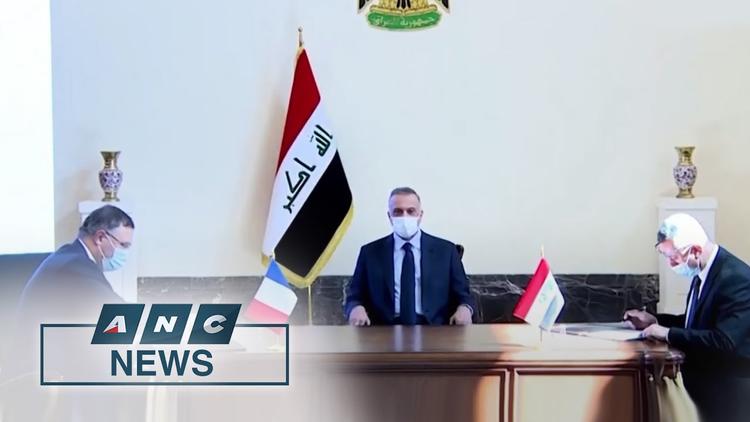 Ann Arbor (Informed Comment) – In a historic irony, Iraq is turning to solar energy, according to Dania Saadi at SPGlobal.

Ali Jawad at the Anadolu Agency reports that the Baghdad government is seeking to generate 10 gigawatts of solar power for electricity by 2030, though it already has several projects in train that will come online much sooner.

I am struck by the irony that if only the US had invested massively in renewable energy and electric vehicles right from the 1970s when the climate crisis had become clear to scientists, Washington may not have felt the need to invade Iraq to unleash its hydrocarbon resources. When Ronald Reagan took back down Jimmy Carter’s solar panels off the White House, he was symbolically committing this country to generations of energy wars.

Iraq has signed an agreement with Masdar, the green energy company based in Abu Dhabi in the United Arab Emirates, for a total of 2 gigawatts of solar power. The French energy giant Total will build another 1 gigawatt in solar capacity for Iraq (though most of its investments will be in the hydrocarbon sector), and PowerChina is committed to putting in 2 gigawatts of solar in Iraq.

Most recently, Iraq just inked a deal with a consortium spearheaded by Norwegian firm Scatec Solar to construct two solar power farms with a total capacity of about half a gigawatt.

Petroleum Minister Ihsan Abdul-Jabbar announced the Scatec deal on Friday, tweeting, “We are proud of accomplishing this achievement, given the short tenure of the government, of signing the third solar power deal with Scatec, after Total and Masdar.”

Iraq has a power generation capacity of 19 gigawatts, but has an estimated need for 30 gigawatts. The shortfall has produced electricity blackouts and brownouts, especially in the summer, when it can be 122 degrees F. (50C). Iraqis left without electricity to run air conditioning in that kind of weather have been very unhappy, and the electricity shortages have been among the government failings that have provoked large youth demonstrations in the past couple of years, leading to the resignation of one prime minister and to a call by the present PM, Mustafa al-Kadhimi, for early elections, on Sunday, October 10.

Although Iraq is an oil giant, exporting about 3 million barrels a day, it does not have much natural gas. Petroleum is not typically used to power electricity plants but is rather mostly used for transportation, though it has other uses such petrochemicals, including fertilizer and plastics. Iraq is only 33rd in the world for natural gas production, and imports 4 billion cubic meters of gas from Iran every year.

The United States has exerted enormous pressure on Iraq to cease buying Iranian natural gas. Iraq’s Sunnis and the nativist Sadrist movement of cleric Muqtada al-Sadr are unhappy about this dependence on Iran, as well, as are relatively secular-minded Iraqi nationalists like the current prime minister.

Saudi Arabia recently brought a 300 megawatt solar plant online in that country in just two years, and if Iraq wants to throw money at this problem it can certainly build a lot of solar farms quickly. In recent years Iraq’s oil revenues have been on the order of $60 billion a year, so the government has the money. The country is relatively thinly populated with a lot of desert and marginal land where the solar farms could be sited. Only about 32 acres are required for a 1 gigawatt solar farm.

Iraq could become a solar energy giant and could finally solve its electricity crisis, which originated when the Saddam Hussein Baathist government diverted money to the ruinous Iran-Iraq War and then the invasion of Kuwait and the Gulf War, after which Iraq was under severe UN and US sanctions. During the American military occupation of Iraq, 2003-2011, US engineers and officials attempted to expand Iraq’s electricity production but often used American methods to repair electricity plants with which Iraqi technicians were unfamiliar. Iraqi guerrillas opposed to the US occupation also engaged in sabotage of public infrastructure.

Then Vice President Dick Cheney spent the build-up to the Iraq War meeting with the CEOs of Big Oil, and BP was lobbying British PM Tony Blair not to allow it to get left out of the bonanza when the US opened Iraq’s oil fields (which had been under sanctions in the 1990s).

If even Iraq is turning to solar power, we can perhaps glimpse a future in which hydrocarbons will no longer be something the world goes to war over.