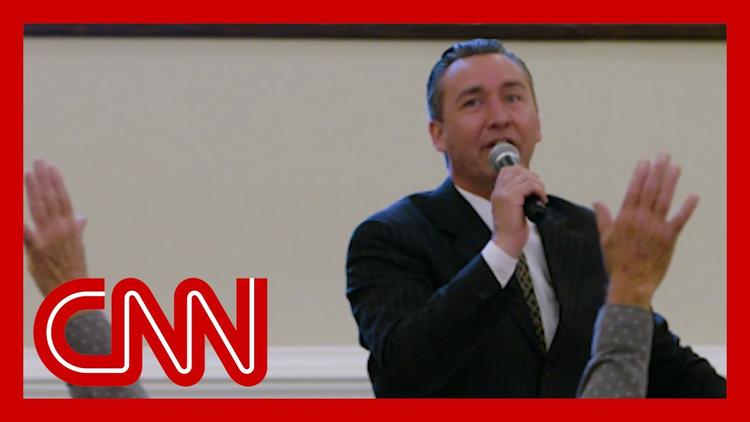 A devout evangelical Christian friend of mine recently texted to explain why he was not getting the COVID-19 vaccine. “Jesus went around healing lepers and touched them without fear of getting leprosy,” he said.

This story that St. Luke tells in his gospel (17:11-19) is not the only Bible verse I have seen and heard evangelical Christians use to justify anti-vaccine convictions. Other popular passages include Psalm 30:2: “Lord, I called to you for help, and you healed me.”; 1 Corinthians 6:19: “Do you not know that your bodies are temples of the Holy Spirit?”; and Leviticus 17:11: “For the life of a creature is in the blood.”

All of these verses have been lifted out of context and repurposed to buttress the anti-vaccine movement. As a historian of the Bible in American life, I can attest that such shallow reading in service of political and cultural agendas has long been a fixture of evangelical Christianity.

Bible in the hands of ordinary people

In the 16th century, Martin Luther and other Protestant reformers translated the Bible from an already existing Greek text into the languages of common people. Prior to this, most men and women in Europe were exposed to the Bible through the Vulgate, a Latin version of the Old and New Testaments that only educated men – mostly Catholic priests – could read.

As people read the Bible – many for the first time – they inevitably began to interpret it as well. Protestant denominations formed around such interpretations. By the time Protestants started forming settlements in North America, there were distinctly Anglican, Presbyterian, Anabaptist, Lutheran and Quaker reading of the Bible.

The English Calvinists who settled the Plymouth and Massachusetts Bay built entire colonies around their reading of the Bible, making New England one of the most literate societies in the world. In the 18th century, popular access to the Bible was one way that the British – including the North American colonies – distinguished themselves from Catholic nations that did not provide such access.

Small differences over how to interpret the Bible often resulted in the creation of new sects such as the Latter Day Saints, the Restorationists (Disciples of Christ and Churches of Christ), Adventists and various evangelical offshoots of more longstanding denominations such as Presbyterians, Baptists, Methodists and Quakers.

During this period, the United States also grew more democratic. What the French traveler and diplomat Alexis de Tocqueville described as “individualism” had a profound influence on biblical interpretation and the way laypeople read the sacred text.

The views of the Bible proclaimed from the pulpits of formally educated clergy in established denominations gave way to a more free-wheeling and populist understanding of the scriptures that was often dissociated from such authoritative communities.

But these evangelicals never developed their approach to understanding the Bible in complete isolation. They often followed the interpretations of charismatic leaders such as Joseph Smith (Latter Day Saints), Barton Stone and Alexander Campbell (Restorationist), William Miller (Adventists) and Lorenzo Dow (Methodists).

These preachers built followers around innovative readings of the Scriptures. Without a church hierarchy to reign them in, these evangelical pied pipers had little accountability.

When large numbers of Irish and German immigrants arrived on American shores in the middle decades of the 19th century, evangelicals drew on longstanding anti-Catholic prejudices. They grew anxious that these Catholic newcomers were a threat to their Protestant nation and often based these fears on perceptions of how Catholic bishops and priests kept the Bible from their parishioners.

While this fear of Catholics was mostly rhetorical in nature, there were a few moments of violence. For example, in 1844, nativist Protestants, responding to rumors that Catholics were trying to remove the Bible from Philadelphia public schools, destroyed two of the city’s Catholic churches before the Pennsylvania militia stopped the violence.

These so-called “Bible riots” revealed the deep tensions between the individualistic and common-sensical approach to biblical interpretation common among Protestants and a Catholic view of reading the Bible that was always filtered through the historic teachings of the Church and its theologians. Protestants believed that the former approach was more compatible with the spirit of American liberty.

Vaccine opposition and the Bible

Today this American approach to reading and the interpreting the Bible is front and center in the arguments made by evangelical Christians seeking religious exemptions to COVID-19 vaccination mandates. When they explain their religious objections to health officials, employers and school administrations, evangelicals select verses, usually out of context, and reference them on exemptions forms.

Like they did in the 19th century, evangelicals who refuse to get vaccinated today tend to follow the spiritual leaders who have built followings by baptizing political or cultural propaganda in a sea of Bible verses.

Megachurch pastors, televangelists, conservative media commentators and social media influencers have far more power over ordinary evangelical Christians than those local pastors who encourage their congregations to consider that God works through science.

When I ask those evangelicals who oppose vaccines how they come to their conclusions, they all seem to cite the same sources: Fox News, or a host of fringe media personalities whom they watch on cable television or Facebook. Some others they cite include Salem Radio host and author Eric Metaxas, the Liberty Counsel and Tennessee megachurch leader Greg Locke, to name a few.

From my perspective, the response of some evangelicals to the vaccine reveals the dark side of the Protestant Reformation. When the Bible is placed in the hands of the people, void of any kind of authoritative religious community to guide them in their proper understanding of the text, the people can make it say anything they want it to say.

CNN: “Many Evangelicals say they won’t be vaccinated against Covid-19”