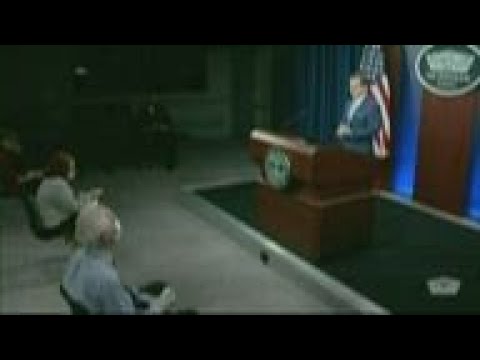 Ann Arbor (Informed Comment) – Eric Schmitt and Ronen Bergman at the New York Times report that a drone strike on a US base in eastern Syria last month has been assessed by the Pentagon as retaliation for Israeli airstrikes on Iranian bases in Syria.

US troops abandoned the base before the strike, based on a tip from Israeli intelligence, which appears to have moles inside the Iranian Revolutionary Guards Corps.

If the drone had killed US troops and the US fingered Iran, the strike could have led to tit-for-tat exchanges between the US and Iran. Those sorts of military strikes can easily spiral out of control and, boom!, all of a sudden you have a war on your hands.

The United States has since May, 2018, been blockading Iran regarding trade and finances, strangling its economy and even interfering in its ordinary trade. This US invisible blockade was imposed despite Iran’s adherence to the terms of the 2015 Joint Plan of Comprehensive Action or nuclear deal, which Iran only signed and abided by because the US promised Tehran sanctions would be lifted. They never were, and then they were made a thousand times more intense. Iran mothballed 80% of its civilian nuclear enrichment program for nothing, and then they were actively punished anyway. They was had.

Despite Iran’s relative weakness — its military budget is in the same league as Singapore or Norway — it isn’t a country that can be treated this way with impunity. Sooner or later there will be an explosion. Biden’s team, playing with fire, has kept Trump’s blockade in place, in the forlorn hope that it would give them leverage. In oil states like Iran, sanctions can’t hurt the elite, who can always smuggle out enough petroleum to feather their collective nests. The sanctions just make the lives of ordinary people hell.

Iran and its allies among Shiite regional militias were invited into Syria by the Baathist government of President Bashar al-Assad, to help it crush a popular rebellion that over time came to be dominated by Sunni Muslim fundamentalists funded by the Gulf and the CIA.

The US has some 200 troops at a base in Tanf in Syria, and another 700 troops in the northeast, despite demands by the Syrian government that they leave the country. Their cover story is that they are continuing to train the largely Kurdish troops of the Syrian Democractic Forces (SDF) who continue mop-up operations against ISIL, but the US troop presence appears actually to have other purposes. The Trump administration allowed Turkey to invade and disrupt the SDF, so are we training them against a NATO ally we encouraged to fight them? How screwy is that? As for ISIL, if the Syrian Arab Army can conquer the big city of Aleppo, it can take on some ISIL remnants. The US isn’t needed or wanted.

The US troops are alleged to be helping divert Syrian petroleum from the government to the SDF, which is a war crime. The US denies this allegation. Actually, just being in Syria after ISIL was defeated and in the face of opposition from Damascus is a war crime. The US troops are also trying to interfere in shipments of arms from Iran across Iraq and into Syria intended for Hezbollan and Iraqi Shiite militias who are mopping up ISIL and other Sunni fundamentalist guerrillas some of which have ties to al-Qaeda. In which case, the US is actually interfering with mop-up operations against ISIL just because those are being done by Shiites rather than Kurds. So is polishing off ISIL desirable or not? If that is the goal, the inexpensive and risk-free way to accomplish it is to let the Shiites knock themselves out.

As Jeff Schogol has argued, there are no compelling reasons to keep US troops in Syria. But if they are, by being there, going to get in the middle between Israel and Iran, that is a losing proposition.

This way, folks, lies another expensive, ruinous Middle Eastern war. President Biden is coasting on the status quo in Iran and Syria. It is like surfing at the foot of an active volcano.

AP: “Officials: Iran behind attack on US base in Syria”