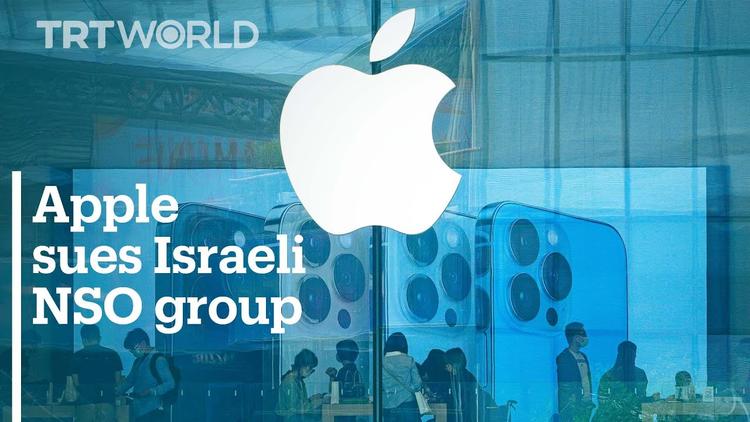 ( Jordan Times) – In an interview with The Washington Post, Israel’s Breaking the Silence, an ex-soldiers rights organisation, has highlighted Israel’s comprehensive surveillance of Palestinians living under occupation. Breaking the Silence, which collects testimonies of abuses reported by soldiers, points out that Israel’s employment of advanced techniques amount to “massive escalation in Israel’s pursuit of total control over the Palestinian civilian population in the West Bank, and raises some serious questions on the role of technology within the context of the occupation”.

According to Breaking the Silence’s testimony collection director Shai Daniely, “Soldiers are making it clear to the Palestinians that Big Brother is watching them, gathering every piece of information about their lives and recording their movements.”

It is ironic that “Big Brother”, the state, in George Orwell’s predictive novel “1984” was published in 1948, the year of Israel’s war of establishment. Orwell sought to warn against the threat of total control of citizens’s lives practiced by totalitarian regimes like those emerging in the wake of World War II. In this book, he did not envisage the uses of state-of-the-art technologies to control a population living under the hostile occupation of a democratic country, like Israel.

Elizabeth Dwoskin, reporting in the Post on November 8th, wrote that Israel is “conducting a broad surveillance effort in the occupied West Bank to monitor Palestinians by integrating facial recognition with a growing network of cameras and smartphones, according to descriptions of the programmeme by recent Israeli soldiers” belonging to Breaking the Silence, which opposes the occupation.

The effort involves a smartphone technology called “Blue Wolf” which soldiers use to photograph Palestinians of all ages with prizes for the most photos accumulated by involved units. The Israeli human rights organisation B’Tselem has released video of an Israeli soldier lining up sleepy Palestinian school children and photographing them during a late night raid on their home.

B’Tselem observed, “It seems that for the military, all Palestinians, including school-age children, are potential offenders. At any time, it is permissible to wake them up at night, enter their homes and subject them to a lineup.”

The Israeli military responded to this report by saying soldiers were seeking to identify chidren who threw stones.

Thousands of Palestinians have been photographed, some multiple times, and their photos stored in a data base. When a soldier photographs a Palestinian, an app matches it to a stored profile and flashes red, yellow or green to signal whether a person should be arrested, detained for questioning, or permitted to pass.

One soldier told the Post that “this database is a pared-down version of another, vast database, called ‘Wolf Pack’, which contains profiles of virtually every Palestinian in the West Bank, including photographs of the individuals, their family histories, education and a security rating for each person”.

The “Wolf Pack” database identifies Palestinians as “terrorists” or “potential terrorists”, encouraging the Israeli army to treat them as such.

Another smartphone app, dubbed “White Wolf”, has been used by Jewish colonists since 2019 to scan a Palestinian’s identity card before he or she enters a colony. Israeli checkpoints also employ facial recognition equipment to identify Palestinians seeking to enter Israel “proper”.

Israel has also installed cameras in Hebron — where 200,000 Palestinians contend with 500-800 aggressive Israeli colonists, to scan faces and identify Palestinians approaching checkpoints before they show their identity cards. The Post also reveals that closed-circuit television cameras provide “real-time monitoring of the city’s population”, not colonists but Palestinians, some of whose homes can be accessed by these cameras.

Israelis have, naturally, rejected the deployment of facial-recognition equipment in their cities, towns and neighbourhoods.

Face-recognition and spying via closed-circuit television are not the only means Israel uses to monitor Palestinians and others. Military-grade Pegasus spyware created by NSO, an Israeli firm, not only hacks into Palestinian phones on behalf of the Israeli army but is also sold to governments for hacking the phones of journalists, businessmen, and others.

NSO spyware was used to hack the phones of staff of six Palestinian human rights organisations which were subsequently declared “terrorist organisations” by current Israeli Defence Minister Benny Gantz, Middle East Monitor writes. The hacking was exposed by Dublin-based Front Line Defenders, which investigated 75 phones and found Pegasus spyware on six. Three of the six targets belonged to Al Haq, Bisan Centre fpr Research and Development, and Addameer Prisoner Support and Human Rights Association based in Jerusalem. The other three blacklisted organisation are Defence for Children International, the Union of Agricultural Workers, and the Union of Palestinian Women’s Committees which is connected to the Palestine Liberation Organisation.

Gantz charged them with working on behalf of the Popular Front for the Liberation of Palestine which Israel regards as a “terrorist organisation” although these groups have cooperated for years with the UN, the International Court of Justice at The Hague, and the International Court of Justice. The “terrorist” designation has prompted criticism from the US and Europe and led UN High Commissioner for Human Rights, Michelle Bachelet, to say the organisations are some of the “most reputable human rights and humanitarian groups in the occupied Palestinian territory” that have worked closely with the UN for decades.

Middle East Eye (MEI) reports another Israeli firm, Candiru, has misused Microsoft’s Windows operating system to target human rights activists, politicians, journaists, academics, embassy staff and political dissidents, half of whom dwell in enclaves administered by the Palestinian Authority. MEI says it was targeted by Candiru along with other sites promoting the Palestinian cause. The firm sells spyware which can identify people who visit an infected website. This effort could impact thousands of people around the globe who simply seek to keep up-t0-date with regional developments.

Unable to set up cameras in besieged and blockaded Gaza, Israel uses cameras on the border, phone hacking and drones to monitor its 2 million inhabitants, making the total 5 million of inhabitants of the West Bank are added.

Big Brother Israel has become a “stalker state” which uses what it calls its “fight against terrorism” as a means to subject Palestinians under its control to constant, increasingly invasive and intimidating surveillance.

Reprinted from the Jordan Times with the author’s permission.