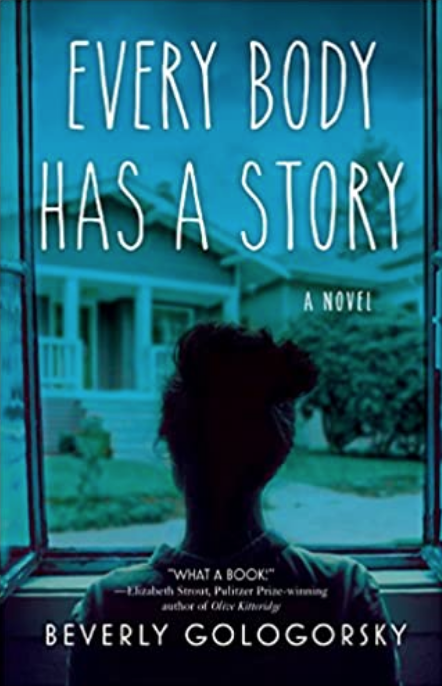 ( Tomdispatch.com) – Think of it this way: what we don’t know will hurt us. And water — yes, water — is an example of just that. Even at a time of such angry political disputes, you might imagine that, in a wealthy country like the United States, it would still be possible to agree that clean water should be not just a right, but a given. Well, welcome to America 2021.

When it comes to basic water supplies, that’s hardly an outlandish thought. After all, back in 2015, our government, along with other members of the United Nations, embraced the U.N.’s Sustainable Development Goals, the sixth of which is universal access to safe drinking water. Despite modest progress globally — 71% of the world’s population lacked that simple necessity then, “only” 61% today — nearly 900 million people still don’t have it. Of course, the overwhelming majority of them live in the poorest countries on this planet.

The United States, however, has the world’s largest economy, the fifth-highest per-capita income, and is a technological powerhouse. How, then, could the American Society of Civil Engineers (ASCE) have given our water infrastructure (pipes, pumping stations, reservoirs, and purification and recycling facilities) a shocking C- grade in their 2021 “report card”? How to explain why Yale University’s Environmental Performance Index ranked the U.S. only 26th globally when it comes to the quality of its drinking water and sanitation?

Worse yet, two million Americans still have no running water and indoor plumbing. Native Americans are 19 times more likely to lack this rudimentary amenity than Whites; Latinos and African Americans, twice as likely. On average, Americans use

Washington and Philadelphia are just two of the many American cities whose water-distribution systems, some of them wooden, contain pipes that predate the Civil War. Naturally, time has taken its toll. The Environmental Protection Agency (EPA) reports that water mains, especially such old ones, rupture 240,000 times annually, while “trillions of gallons” of potable water worth $2.6 billion seep from leaky pipes, and “billions of gallons of raw sewage” pollute the surface water that provides 61% of our supply. Fixing busted pipes, which break at the rate of one every two minutes nationally, has cost nearly $70 billion since 2000.

The U.S. has 2.2 million miles of waterpipes, which are, on average, 45 years old. The EPA’s 2015 estimate for overhauling such an aging system of piping was $473 billion, or $23.7 billion annually over 20 years — in other words, anything but chump change. Still, compared to the way Congress allots money to the U.S. military for its endless losing wars and eternal build-ups of weaponry, it couldn’t be more modest. After all, the Pentagon’s latest budget request was for $715 billion, to which the House Armed Services Committee added $25.5 billion, unsolicited, as did its Senate counterpart. Self-styled congressional budget hawks never complain about our military spending, even though it exceeds that of the next 11 countries combined. So, $23.7 billion annually to renovate an antediluvian water system? That shouldn’t be a problem, right?

It turns out, though, that it is. The federal government’s share of total investment in updating water infrastructure plunged from nearly-two-thirds in 1977 to less than a tenth of that by 2019. With state and local governments under increasing financial pressure, the funding shortfall for modernizing the water infrastructure could reach a staggering $434 billion by 2029.

Considering where the American water system already falls utterly short, a contrarian could counter that it’s not a big deal for a mere two million people in a country of 333 million not to have water directly piped into their homes. But in the wealthiest country on earth? Really? And a lack of easy access to water is hardly the only problem. A substantial number of Americans are drinking (and cooking with) contaminated supplies of it. A 2017 investigation found that 63 million of them had done so at least once during the previous 10 years, or nearly a fifth of the population.

This finding wasn’t an outlier. The Natural Resources Defense Council (NRDC) discovered that, “in 2015 alone, there were more than 80,000 reported violations of the Safe Water Drinking Act by community water systems” that served nearly 77 million people. And of the total number of violations, 12,000, traced to water providers serving 27 million people, were health-related (rather than monitoring and reporting infractions). There’s more. A study in the Proceedings of the National Academy of Sciences concluded that 21 million consumers received water that didn’t meet federal standards; and Time reported that 30 million did in 2019.

The Flint Saga and Beyond

Occasionally, stories about unsafe drinking water do make the headlines, as happened with Flint, Michigan. Once a prosperous city, Flint was slammed by a post-1970s wave of de-industrialization in the Midwest and now has a poverty rate of nearly 39% (and 54% of its population is Black). By 2013, facing its massive budget deficit, a commission appointed by the governor devised a cost-saving measure. The city’s water supply would be switched to the Flint River, pending construction of new supply lines from Lake Huron. That river, however, had long been contaminated by waste from factories, paper mills, and meatpacking plants along its shore, as well as untreated sewage.

Residents began complaining that their water smelled and tasted bad, but were regularly reassured that it was safe. Testing, however, revealed lead levels that far exceeded the EPA-stipulated maximum because the water hadn’t been treated with anti-corrosion additives to counter contamination. (There is, in fact, no “safe” level for lead, a toxic metal, but the

Flint, as it turned out, wasn’t alone. The NRDC reported this year that “dozens of cities have been found to have dangerous levels of elevated lead” in their water. Another of its studies concluded that the drinking water of 186 million people (56% of Americans) had more than one part per billion of lead, the maximum recommended by the American Academy of Pediatrics, and that 61 million Americans used bottled water from sources that exceeded the Food and Drug Administration’s five ppb maximum, while lead levels in the water of seven million others exceeded the 15-ppb EPA threshold for mandatory corrective measures.

In 1986, Congress banned the future use of pipes that weren’t “lead free,” but didn’t require the replacement of existing ones. Even today, as many as 12 million lead pipes still serve households in this country and scientists generally regard the EPA’s lead limit as far too lax and its testing requirements and reporting standards as too permissive. Perhaps you won’t be surprised to learn that local governments and utility companies have regularly opposed tougher regulations for lead-pipe replacement.

Eliminating lead water pipes entirely in this country would cost up to $50 billion. Though that’s a lot of money, it’s hardly unaffordable. In fact, the American Jobs Plan proposed $45 billion for that task, though the separate bipartisan infrastructure bill cut it to $15 billion — again illustrating that penny pinching applies to threats to Americans’ day-to-day well-being, but not to our militarized conception of national security.

Lead isn’t the sole contaminant in our drinking water.

Since the early nineteenth century, enormous progress has been made toward providing Americans with abundant, clean water. And water-borne diseases like cholera, which still kills close to 100,000 people worldwide every year, and typhoid, which claims as many as 161,000, have essentially been eliminated in this country (though there are still 16 million annual cases of acute gastroenteritis traceable to contaminated water). So, yes, water in the U.S. is generally fit to drink, but given this country’s economic and technological resources, it’s scandalous that the problems that remain haven’t at least been substantially mitigated.

To understand such a failure, just consider our politics, which, in the wake of recent elections, only seem to be growing worse by the day.

Since the 1980s, the public sphere has been dominated by a narrative that portrays just about anything the government does, other than profligate spending on the U.S. military, as financially reckless, intrusive, and counterproductive. Instead of creating a compelling message to persuade Americans that many valued public benefits, ranging from land grant colleges, the Internet, Social Security, and Medicare to the national highway system and medical research breakthroughs, owe much to government policies, too many Democrats continue to run scared, fearful of being labeled “big-government-tax-and-spend liberals.”

Add to this the outsized political influence that big money exercises through copious campaign contributions — all but limitless thanks to recent Supreme Court decisions — and pricey lobbyists. (Yes, unions and public interest groups lobby, too, but for each dollar they spend, corporations spend $34.)

Companies that, for instance, produce perchlorate, a chemical found in U.S. water supplies that’s used in rocket fuel and munitions and is harmful to iodine-deficient pregnant women and fetuses, have paid lobbyists to fight stricter regulations for years. Not coincidentally, the EPA, which has been monitoring perchlorate since 2001, has yet to set mandatory limits on it for drinking water, though it continues to consider a “roadmap” for doing so. Similarly, the seven largest producers of PFAS spent $61 million in 2019 and 2020 on campaign contributions and lobbying efforts. In 2018, there were only two firms lobbying against tougher PFAS regulations; a year later that number had increased to 14.

The EPA sets maximum drinking water levels for 90 substances, but hasn’t (except in a few instances where Congress mandated that it do so) added more since 1996 even though its “Drinking Water Contaminant Candidate List” now contains nearly 100 additional substances. This shouldn’t be a surprise. Companies that oppose tougher regulations have political access and clout. Political appointees to important EPA posts often hail from those very industries or the lobbying groups they bankroll. Scientists paid by industries have weighed in, lending an aura of legitimacy to special-interest pleading.

Water policy is rife with scientific complexity, but the legislation and regulations that shape it are hashed out in the political arena. There, the deck is increasingly stacked — and not in favor of the average consumer. If the Republicans take back Congress in 2022 and the presidency in 2024, my small suggestion: have a nice cool glass of ice water and relax. What could possibly go wrong?

Follow TomDispatch on Twitter and join us on Facebook. Check out the newest Dispatch Books, John Feffer’s new dystopian novel, Songlands (the final one in his Splinterlands series), Beverly Gologorsky’s novel Every Body Has a Story, and Tom Engelhardt’s A Nation Unmade by War, as well as Alfred McCoy’s In the Shadows of the American Century: The Rise and Decline of U.S. Global Power and John Dower’s The Violent American Century: War and Terror Since World War II.

Rajan Menon is the Anne and Bernard Spitzer Professor of International Relations at the Powell School, City College of New York, and Senior Research Fellow at Columbia University’s Saltzman Institute of War and Peace Studies. He is the author, most recently, of The Conceit of Humanitarian Intervention.