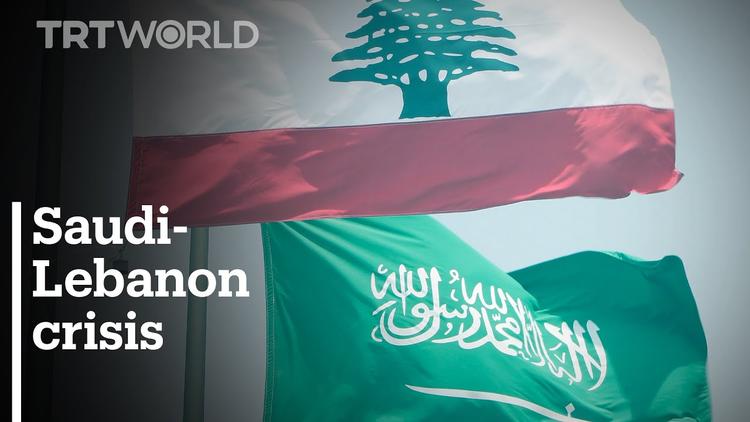 ( Middle East Monitor ) – Lebanon is plagued by crises, with a new one added almost daily. The people are suffering from power cuts and fuel shortages, and queue for hours at petrol stations and bakeries. Daily life has become unbearable. There is also the conflict between the Lebanese armed forces and Hezbollah to contend with. Nobody knows how it will end. Is another civil war on the way? The price for this will be paid by ordinary people with their money, blood and lives.

As if all of this wasn’t enough, we now see that Minister of Information George Kordahi has unwittingly dragged Lebanon into a new crisis following statements he made during an episode of the “People’s Parliament” on Al Jazeera, when he called the war in Yemen “futile”. The programme was recorded in August, before he became a minister in the government of Prime Minister Najib Mikati. Following his appointment, Kordahi asked Al Jazeera not to air the episode because he had expressed his personal views, not the official Lebanese government position. His request was ignored, and the episode was aired. The timing is suspicious, given that it has prompted a diplomatic crisis.

The graceless Saudi Arabian Crown Prince, Mohammed Bin Salman, was not happy with Kordahi’s comment. It was Bin Salman, remember, who launched his coalition military campaign against Yemen under the name “Operation Decisive Storm” eight years ago, and has not been able to resolve it. He claimed at the time that the battle would last just a few hours during which he would eliminate the rebellious Houthis and restore the legitimate government of President Abdrabbuh Mansour Hadi to Yemen.

As we all know, it didn’t turn out that way. Houthi missiles have hit Riyadh and other Saudi cities, forcing Bin Salman to present an initiative to end the war in Yemen, which the Houthis rejected without hesitation. Now Bin Salman is asking some Western countries to mediate with Iran — which backs the Houthis — for a ceasefire and negotiations. Recent news is that there are indeed negotiations taking place between Saudi Arabia and Iran behind closed doors.

Kordahi isn’t alone in thinking that the war in Yemen is futile; politicians and government officials in the West have said the same thing, as have analysts and writers, myself included. We have urged an immediate end to the fighting because it has killed and injured tens of thousands of Yemenis, destroyed their land and country, and created a humanitarian catastrophe.

So why did Saudi Arabia react so strongly after Kordahi’s comment was aired by Al Jazeera? What was the major crime that made Saudi Arabia and its coalition ally the UAE expel the Lebanese ambassadors from both countries, recall their own ambassadors from Beirut and impose economic sanctions on struggling Lebanon? Kuwait, Bahrain, Oman and Qatar have also condemned Kordahi’s statements and reiterated their support for Saudi Arabia.

I believe that there is more to this than Kordahi’s comment. This was confirmed by the Saudi foreign minister’s remarks to Reuters about the crisis. “I think it’s important that the government in Lebanon or the Lebanese establishment forges a path forward that frees Lebanon from the current political construct, which reinforces the dominance of Hezbollah,” said Prince Faisal Bin Farhan.

The way that Saudi Arabia has escalated the crisis with Lebanon illustrates the immaturity of the governments of failed Arab states. Lebanon’s misfortune is that it is plagued by Saudi Arabia and Iran, each of which backs their Lebanese followers along sectarian lines.

Although Prime Minister Mikati praised Saudi Arabia’s regional role and its support for Lebanon in particular, his country’s support for Riyadh and condemnation of the Houthi attacks on the Kingdom did not satisfy Bin Salman. I wonder, though, why the prince did not take such a strong stand against those in the West who have condemned his “futile” war in Yemen.

Why didn’t he feel that the Kingdom was being insulted when Donald Trump insulted it in his speeches and said that he would milk the country, which needed to pay for US protection. He also said if it wasn’t for the US, Bin Salman and his ilk would not still be in their positions. Why have they stayed silent in the face of constant insults by Western leaders and officials? They look in their mirrors and see lions; they are anything but.

George Kordahi is under pressure to resign, but he insists that Lebanon is a sovereign country and cannot give in to blackmail, so he will not submit his resignation. However, the fate of the Mikati government will depend on him doing so. According to Lebanese Foreign Minister Abdallah Bou Habib, Kordahi is considering the resignation proposal, but he is consulting with others before making his decision. This is a reference to his allies in Syria and Hezbollah.

Mikati’s government could well fall if Kordahi insists on staying on as minister of information. On the face of it, this is a storm in a teacup which wouldn’t have such serious repercussions under normal circumstances. But this is not a normal set of circumstances. We could well be looking at Lebanon as the latest battlefield in the war between Saudi Arabia and Iran.

Amira Abo el-Fetouh is a writer on politics and literature and a physician, living in Cairo.