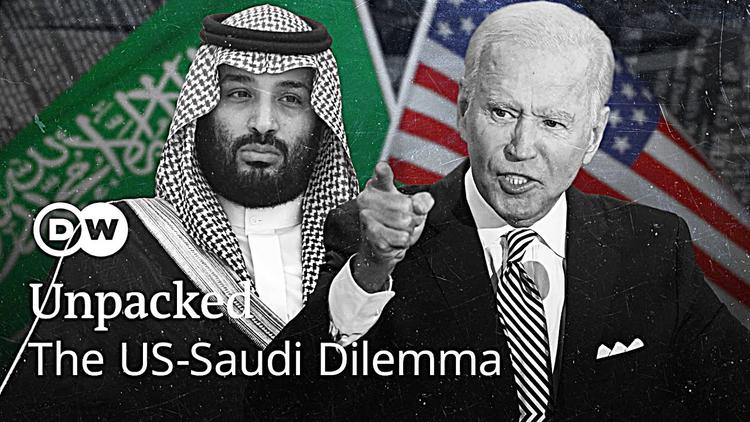 Ann Arbor (Informed Comment) – How much of the blame should U.S. policy take for the decline of democracy in the twenty-first century, with the reversions to dictatorship and the rise of illiberalism in older democracies? In a fine article at the New York Times, Max Fisher discusses how an NYT team mined data at the Swedish watchdog site V-Dem to make the finding that most of the move away from democracy since 2010 has been among U.S. allies.

The data show that there have been no increases in democratic norms and procedures among US allies since 2010. On the contrary, there has been significant movement away from them. Still, he says that US allies on the whole remain more democratic than the world norm. That is, France and Turkey have taken steps away from democracy but China, North Korea, and Iran are worse. I’m not so sure about this point, since authoritarian US allies Saudi Arabia and Egypt would cancel out France and Turkey entirely.

Fisher argues that in the Cold War, the US had a two-prong policy. It encouraged democracy in Europe to counter the Soviet Union but encouraged dictatorship in the global south to counter democracy.

Fisher and the NYT team put a lot on the table. Let me start from this discussion but inject some political economy into it and focus in on the Middle East.

I think the difference in US Cold War policy was not geographic but dictated by political economy. American theorists wanted to make the world safe for dominant business classes threatened by the socialist model, and were convinced that in wealthy, technologically advanced countries, capitalist democracy was the most stable and effective way to keep workers from revolting.

They therefore pushed capitalist democracy on France, Germany, Italy, Belgium, Denmark, and the Netherlands, which had been under fascist rule, and which were now the buffer between the US and the Soviet bloc. Those countries had the economic know-how to put capital and technology to work and to grow the economy quickly enough to keep workers happy with their growing prosperity. Franco in Spain, despite his cooperation with Hitler, was given a pass because his regime had genocided the left and was staunchly anti-Moscow, so there was one fascist state among US European allies. In essence, Spain was treated by the US as a Third World country And, Norway was forgiven for its tilt toward mild socialist policies because it joined NATO and was also staunchly anti-Moscow.

This policy of promoting capitalist democracy in Europe depended on cheap energy so that the post-war economies could attain the kind of prosperity that would tamp down working class discontents and blunt the appeal of Communist parties like that of the French. Europe had little petroleum of its own and imported most of what it needed from the Middle East.

The US therefore guaranteed the House of Saud, the Saudi Arabian absolute monarchy, a security umbrella in return for supplying cheap oil to US allies. The Saudis even sent petroleum to South Vietnam in the 1960s. Iran was also important to this policy. When a popular nationalist movement attempted to nationalize Iranian petroleum and escape US hegemony in the early 1950s, the CIA overthrew the elected government and installed the shah of Iran (who had fled to Italy during the nationalist period) as an absolute monarch on the Saudi model. Fred Halliday characterized Washington’s preferences as capitalist dictatorship. When the democratic government of Syria seemed likely to block an oil pipeline through its territory to a refinery on the Lebanese Mediterranean coast, the US helped overthrow the government and put in a dictator, sending Syria into an instability from which it has never recovered.

Oil was not the only consideration. President Eisenhower was willing to work with nationalists such as Gamal Abdel Nasser of Egypt or the Algerian FLN as long as they opposed communism. He even pressured France to let Algeria go because he thought continued colonialism would only push Algeria into the arms of the Soviets. In the 1960s many nationalists nevertheless tilted toward Moscow, so that the US increasingly backed anti-nationalist forces such as the Muslim Brotherhood.

Oil, absolutism, and anti-communism in the Middle East, capitalist democracy in Europe. That was the bifurcated US policy.

So in the post-war period the US has never been pro-democracy per se. Democracy promotion in Western Europe was largely instrumental. It was a tool to stymie the Soviet Union and its ideology, communism. If it were a goal in itself, why not insist on it for Spain? Likewise the promotion of dictators and absolute monarchies in the Middle East aimed a blocking the Soviet Union and Communism.

More recently, the September 11 attacks put the profits of the US business classes in doubt through the deployment of large scale terrorism. One of its goals was to push US corporations and US government interests out of the Middle East and weaken US allies in the region so as to overthrow them. In the era of the so-called War on Terror, political elites in the US attempted to replace Communism as a boogeyman with Islam or at least Muslim fundamentalism. Just as it made allowances for Franco’s fascism as long as it suppressed socialists, so Washington now made allowances for a turn to illiberalism in France as long as it repressed political Islam. France has more or less repealed the Rights of Man, and is hysterical with Islamophobia, giving Oklahoma a run for its money in that regard.

Whereas in the Cold War the US routinely stopped Western European countries from allowing Communists into the cabinet, Trump’s US in the teens of this century seemed perfectly sanguine about the possibility that Marine LePen’s National Front would take over France and persecute the some five percent who are Muslims even more fiercely. LePen is the new Franco.

In Iraq, the Bush administration announced it wanted democratizaton, but was actually trying to install corrupt financier Ahmad Chalabi as a strong man. Bush was forced into permitting one person one vote open elections by Grand Ayatollah Ali Sistani. In the teens, the US needed the Baghdad government against ISIL and its corruption and authoritarian tendencies were overlooked.

In Egypt, Field Marshall Abdelfattah al-Sisi was permitted to make a nationalist coup against the Muslim Brotherhood in 2013 with no real interruption in US aid. That aid is paid annually in the spring, and Egypt was suspended for six months beginning in the summer, so by the time the aid money was due, the suspension was over. It was all for show. Egypt’s Suez canal is a conduit for ten percent of world trade and for a good deal of petroleum, and Egypt has been bribed to continue its cold peace with Israel. It won’t be pressured to democratize by the US.

Bahrain was permitted to crush the democrats on the pretext that they were putting down Shiites, coded as Iranian agents. It was ridiculous but it flew as policy.

Much of US foreign policy depends on who the enemy is. When it was the Communist Soviets, policy took one form. When it is Muslim fundamentalism, it takes another form. Democracy promotion was not intrinsic to either one. There were some places where it seemed a good idea, others where it was not necessary or even counter-productive. What if the Third World workers voted for socialism? What if the Egyptian voters put in the Muslim Brotherhood? Oh wait . . .

What to do with fundamentalist Muslim allies such as Saudi Arabia in the war on terror? There, oil policy trumps all. Of course, the Saudis, having promoted hard line interpretations of Islam for decades, swung around to portray themselves as stalwarts in the battle against al-Qaeda. And that was fair. They were. Their relatively inexpensive petroleum was also continuing to drive prosperity in the capitalist democracies. They were the war on terror analogue to pinkish Norway, in the Western camp even though their full credentials were in doubt.

Now that the Blob in Washington is increasingly training its sights on China, the US may finally leave the Middle East alone. But it will continue to support dictators in the region as long as oil supplies for allies are at stake. The electric car and the decline of petroleum may be an impetus to democracy, as states lose their overwhelming superiority over society. Washington, D.C. will be irrelevant to those developments.

And with the turn to an open embrace of fascism by a majority of the Republican Party, America’s own democracy is walking a tightrope at fifty stories in a high wind with no net.