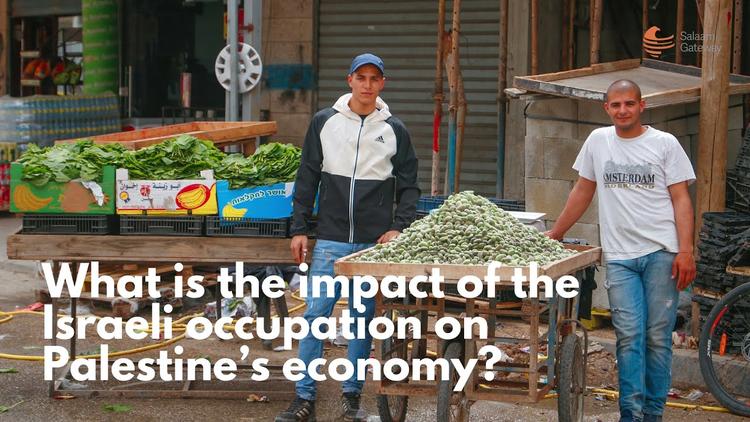 ( Middle East Monitor) – Before the Separation Wall was built around East Jerusalem it was easy for residents of Tabaneh village in the West Bank to get to Makassed Hospital in East Jerusalem. Now they must go to Jericho and a simple check-up can take the whole day.

Because of the effort involved, pregnant women often go the full nine months without seeing a doctor, Maha Jalayta told a group of journalists via livestream from the village itself. It is for reasons such as this that Medical Aid for Palestinians (MAP) say that the fragmentation of Palestinian people and systematic discrimination have prevented the development of a Palestinian healthcare system and their right to health and dignity.

Maha was one of four community members who joined a virtual media delegation yesterday, organised by MAP, to explain to journalists how their lives have been affected by settlement expansion, discrimination, and occupation.

Live interviews with the speakers were cut with drone footage of the village, a sweeping mountainous area with a cluster of zinc roofed houses around which cattle graze.

MAP West Bank Director Aisha Mansour said that although Tabaneh village feels remote – there is one source of water for five Bedouin communities – it is surrounded by settlements which do have access to services, including a huge electricity grid that the residents of the village cannot use.

Tabaneh village is close to Khan Al-Ahmar in Area C of the West Bank, which is fully under Israel’s civil and military control. Whilst 300,000 Palestinians live in 532 residential areas, just over 400,000 Israelis live in 230 illegal settlements.

The Bedouin community of Tabaneh is currently located between two of these settlements, but the situation looks set to get worse. The virtual delegation came just after Israel advanced plans to build more than 1,300 settler homes in Area C, even though the UN says that the planned expansion “tramples” on human rights.

Asked what his relationship with the nearby settlers is, Abu Raed, who is from a neighbouring community, replied that there is no relationship: “They seek to attack the Bedouin and evacuate them and live in their homes, so how can I have a relationship with a person who wants to evacuate me from my own land?”

“Health is the most important thing in life,” he added later. “We live ten kilometres from the barbed wire, and we cannot access their clinics. The settlers are the worst neighbours.”

Abu Raed says that six-year-olds must walk three kilometres to get to the nearest school, and even this is under the threat of demolition.

With such difficulty travelling out of the local area, a mobile health clinic run by Palestinian Relief Society is a vital lifeline for 17 local Bedouin communities. Once, as the clinic was driving through the area, a group of women flagged the car down, recalls Dr Aseel. One of their friends had fainted.

Because all the men were at work, they were unable to take their friend to receive urgent healthcare, and instead, the clinic was able to provide her with first aid and deliver her to the closest hospital.

There are other success stories – the mobile clinic visited a diabetic woman every week to teach her and her family how to use her medication – yet although this is important, the clinics are limited, adds Aisha. “Everyone deserves access to regular healthcare.”

Dr Aseel says that it is the geographical location of the village that is the main challenge – the roads leading to it are damaged and unpaved and, as winter approaches, heavy rain will make access even harder. Added to this is the fact that the medics have been attacked by settlers which makes her work even more dangerous.

Abu Qasem, another resident of Tabaneh village, says that the problems they face aren’t just related to health. Restrictions have got tougher over the last several years, for example, they are often presented with maps of their property and accused of building illegally.

“Sometimes they would come on the same day and bulldoze the place entirely. And of course, you would have to pay the expenses for the demolition.”

Salam Gateway: “What is the impact of the Israeli occupation on Palestine’s economy?”