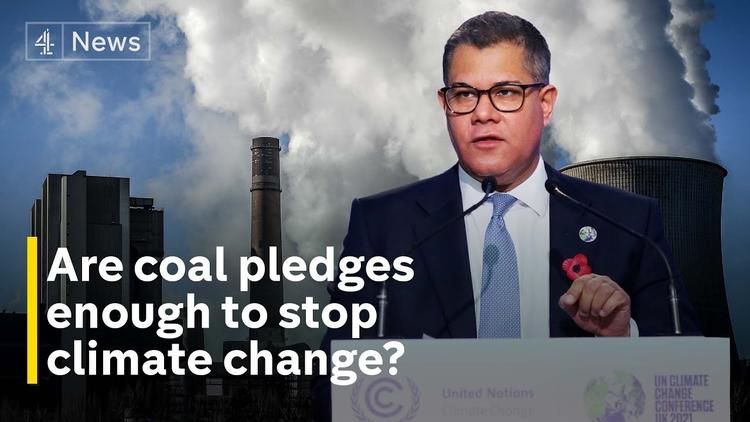 Ann Arbor (Informed Comment) – Denise Chow at NBC News reports that on Thursday at the UN climate conference Cop26, some 23 new countries signed on to Britain’s push to phase out coal, the biggest source of the greenhouse gas carbon dioxide. These included Poland, South Korea, Indonesia, Chile and Vietnam. Poland is the Saudi Arabia of coal and has been reluctant to turn to green energy because of the fear of losing jobs in the coal industry.

As Chow notes, the agreement is a pledge for the wealthier countries to end coal use in the 2030s, and for the poorer nations to end it in the 2040s.

Unfortunately, we cannot go on burning coal like madmen into the 2030s if we are going to keep the earth’s climate from becoming unstable because of all the global heating it causes.

Coal needs to be outlawed, yesterday.

Sen. Joe Manchin of West Virginia is a coal baron and has gone to bat against green energy proposals in Joe Biden’s Build Back Better bill in Congress on behalf of coal and other dangerous fossil fuels. Manchin has made millions off his coal investments, which is very much like making money off blood diamonds in Africa. The money may be beautiful sitting there in Manchin’s bank accounts, but it comes from killing people. Globally, some 5 million people a year are already dying from the increase in extreme heat caused by burning coal, gas and petroleum. That does not even take into account the people who die in other extreme weather events, from flooding to droughts to wildfires. 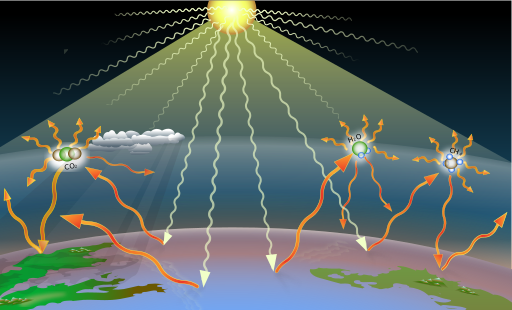 Illustration of how carbon dioxide produced by coal and other fossil fuels keeps the heat striking the earth from the sun from radiating back into space, heating our world: Author:A loose necktie Via Creative Commons License 4.0

People who care about the kind of lives their children and grandchildren will live need to step up and mount more concerted campaigns to close the more than 200 coal-fueled electricity plants in the United States. Moreover, these facilities need to be replaced by wind, solar and hydro, not by natural gas, which is also a major source of carbon dioxide.

Air pollution, to which coal burning is a major contributor, kills 100,000 Americans annually, accounting for some 3% of deaths. Burning coal actually spews mercury into the environment. Mercury is a nerve poison. When a manufacturer makes a gadget that kills even 10 people, the government jumps all over it, and it has to do a recall and fix whatever is wrong with it.

This is not even counting all the extra deaths that the coal-driven climate emergency causes.

The coal industry gets away with killing millions. This is in part because the coal barons give money to the political campaigns of grifters like Joe Manchin. And no, he is not a nice guy. He is a high functioning sociopath. People like Manchin know that coal is doomed in the medium term and that it is deadly for the environment, they just want to make as much money from it as they can before it crashes.

If governments won’t act to close the coal plants on a short timetable, the people will increasingly take matters into their own hands. Around the world they have already been many demonstrations, rallies, and boycott campaigns targeting coal interests. As the baleful effects of global heating become more and more apparent– as our forests burn, our coasts flood and face level 6 hurricanes, our port cities submerge, our wildlife dies off en masse — people will turn on the merchants of death whose deadly products caused this mayhem.

In Australia, protesters pressured Deutsche Bank not to loan Whitehaven Coal $2 billion for expansion of its operations.

At another site in Australia, a Scottish protester cuffed herself to a conveyor belt at a coal plant to protest greenwashing at COP26, stopping operations for 4 hours. We are going to see more and more of this kind of thing, precisely because of the evils promulgated by people like Joe Manchin.

COP26: 190 countries and organisations pledge to phase out coal