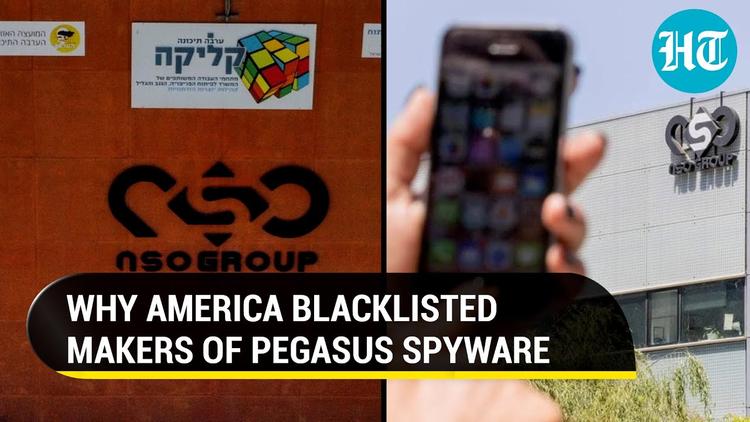 ( Middle East Monitor) – The revelation a few years ago that the US National Security Agency (NSA) had been conducting mass surveillance on millions of Americans reignited the conversation on governments’ misconduct and their violation of human rights and privacy laws. Until recently, however, Israel has been spared due criticism, not only for its unlawful spying methods on the Palestinians, but also for being the originator of many of the technologies which are now being criticised heavily by human rights groups worldwide.

Even at the height of various controversies involving government surveillance in 2013, Israel remained on the margins, despite the fact that its government, more than any other in the world, uses racial profiling, mass surveillance and numerous spying techniques to sustain its military occupation of Palestine.

In Gaza, two million Palestinians are living under an Israeli blockade. They are surrounded by walls, electric fences, underground barriers, naval vessels and a multitude of snipers. From above, the tannaana, the Arabic slang used by Palestinians for unmanned drones, watch and record everything. These armed drones are used to destroy anything deemed suspicious from an Israeli “security” perspective. Moreover, every Palestinian wishing to leave or return to Gaza — and only a relative few are allowed the privilege — is subjected to the most stringent “security” measures, involving various government agencies and endless military checks. This applies as much to a Palestinian toddler as it does to a terminally-ill Palestinian man or woman seeking treatment unavailable in the besieged territory.

In the West Bank, Israel’s security “experiment” takes many forms. While the Israeli objective in Gaza is to entrap people, in the West Bank and East Jerusalem its aim is to control the everyday life of the Palestinians. Aside from the 1,660 kilometre-long Apartheid Wall in the West Bank, there are many other walls, fences, trenches and other types of barriers that are aimed at fragmenting Palestinian communities. These isolated communities are only connected through an elaborate system of Israeli military checkpoints, many of which are permanent, but with many more duly erected or dismantled depending on the “security” objectives on any given day.

Much of the surveillance occurs daily at these Israeli checkpoints. While Israel uses the convenient term “security” to justify its practices against Palestinians, actual security has very little to do with what takes place at checkpoints. Many Palestinians have died and many mothers

Fortunately, the details of Israel’s undemocratic practices are becoming better known. On 8 November, for example, the Washington Post revealed an Israeli mass surveillance operation, which uses “Blue Wolf” technology to create a massive database of all Palestinians.

This additional measure gives soldiers the opportunity to use their own cameras to take pictures of as many Palestinians as possible and match them “to a database of images so extensive that one former soldier described it as the army’s secret ‘Facebook for Palestinians’.”

We know very little about this “Facebook for Palestinians”, aside from what has been revealed in the media. However, we do know that Israeli soldiers compete to take as many photos of Palestinian faces as possible, as those with the highest number of photos could potentially receive certain rewards, the nature of which remains unclear.

While the “Blue Wolf” story is receiving some attention in international media, it is nothing new for Palestinians. To be a Palestinian living under occupation is to carry multiple permits and magnetic cards; to require numerous “security” clearances; to have your photo taken regularly; to have your movements monitored; and to be ready to answer any question about your friends, your family, your co-workers and your acquaintances. When that is impractical because, say, you live under siege in Gaza, then the work is entrusted to unmanned drones scanning the land, sea and sky.

The reason that “Blue Wolf” is receiving some traction in the media is that Israel has been implicated recently in one of the world’s biggest espionage operations. Pegasus is a type of malware that spies on iPhones and Android devices to extract photos, messages and emails, and to record calls. Tens of thousands of people around the world, many of whom are prominent activists, journalists, officials, business leaders and such like, have fallen victim to this operation. Unsurprisingly, Pegasus is produced by an Israeli technology company, the NSO Group, whose products are involved heavily in the monitoring of and spying on Palestinians, as confirmed by the Dublin-based Front Line Defenders, and as reported in the New York Times on 8 November.

It is a sad reflection of world affairs that Israel’s unlawful and undemocratic practices only became the subject of international condemnation when the victims were high-ranking personalities, such as French President Emmanuel Macron and others. When Palestinians were on the receiving end of Israeli spying, surveillance and racial profiling, the story was deemed to be unworthy of global outrage and coverage.

Moreover, for many years, Israel has promoted and sold its sinister “security technology” to the rest of the world as “field-tested”, meaning that it has been used against Palestinians living under occupation. That may have raised a few eyebrows among concerned individuals and human rights groups, but the tried and tested brand has, nonetheless, allowed Israel to become the world’s eighth-largest arms exporter. Israeli military and security technology is now used by governments around the world. It can be found at North American and European airports; at the Mexico-US border; in the hands of various intelligence agencies; and in European Union territorial waters, largely to intercept refugees from war (in which Israeli technology is also utilised) and asylum seekers.

Covering up Israel’s unlawful and inhuman practices against the Palestinians has become a liability for the credibility of the very people who justify Israeli actions in the name of “security” and “self-defence”, including successive administrations in Washington. On 3 November, the Joe Biden administration decided to blacklist the Israeli NSO Group for acting “contrary to the national security or foreign policy interests of the United States.” This is a right and proper measure, of course, but it fails to address the ongoing Israeli violations against the people in occupied Palestine.

The truth is, for as long as Israel maintains its military occupation of Palestine, and as long as the Israeli military-industrial complex continues to see Palestinians as subjects in a mass “security experiment”, the Middle East — in fact, the entire world — will continue to pay the price.