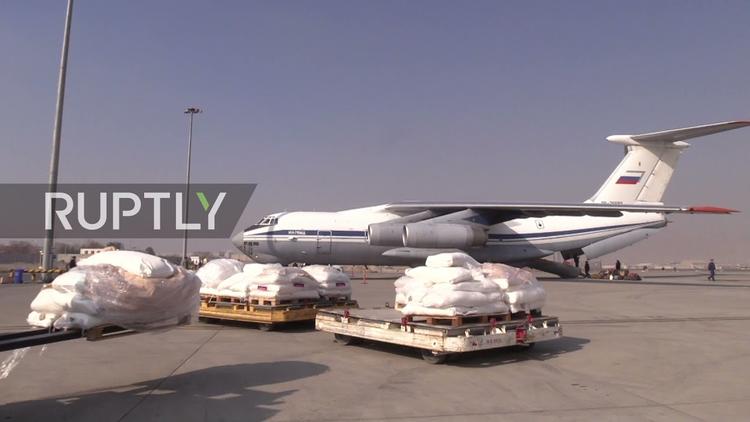 The Kremlin is making overtures to the new Taliban government in Afghanistan. On October 21, at a meeting of the Valdai Club, President Vladimir Putin said that Russia is close to removing the Taliban from the list of terrorists, which could be interpreted as part of the Kremlin’s hot and cold game with the Taliban. In the medium term, Russia will likely engage but remain standoffish, waiting to see if the Taliban have changed for real.

Russia could face strong competition in the war-torn nation, given that Turkish diplomats are actively negotiation with the Taliban government, trying to strengthen Turkey’s position in the region. Ankara has not given up on its desire to take over Kabul Airport, even though Turkish troops withdrew from Afghanistan in August. Thus, for the foreseeable future, Russia and Turkey are expected to continue struggling for influence in the “Graveyard of Empires”.

Moscow does not officially recognize the new Afghan rulers, but is looking for ways to strengthen its position in the war-torn country. On November 18, three Ilyushin Il-76 aircraft from the Russian Aerospace Forces delivered over 36 tonnes of humanitarian supplies to Kabul, and on December 1 Russia delivered another aid shipment to Afghanistan. In addition, Russian journalists seem to be very active in Kabul.

On November 28, Russian web portal Octagon Media interviewed the Taliban spokesman Zabihullah Mujahid who indirectly recognized Crimea as part of the Russian Federation: “If the people in Crimea want to live in Russia, we agree with them”, said Mujahid. Such a statement could be interpreted as an offer to the Kremlin: the Taliban will formally recognize Crimea if Moscow recognizes the Islamic Emirate of Afghanistan.

The Taliban are going farther with this statement than Turkey has been willing to, since Ankara has declined to recognize Russia’s claim to Ukrainian territory. Indeed, Turkey is seeking better relations with the Ukraine, and reportedly plans to build a factory there to produce Bayraktar drones. Kiev has recently used the Turkish-made unmanned combat aerial vehicle against Russia’s proxies in the Donbass, but this move has so far not had a serious impact on Russo-Turkish relations, though there is no doubt the two countries are frenemies on several fronts, from Ukraine to Afghanistan.

Russia is unlikely to rush to make any deals with the Afghan group. Mujahid’s statement could be interpreted as an updated version of the former Afghan President Hamid Karzai’s position regarding Crimea. In 2014 Karzai openly backed Moscow’s incorporation of Crimea into the Russian Federation, saying that Afghanistan respects the free will of the people of Crimea to decide about their own future. Given that the Taliban, unlike the Karzai administration, has not been internationally recognized, a potential Taliban formal recognition of Crimea would not have a significant importance for Moscow.

In addition, Mujahid pledged to Russian journalists, “We will never allow a threat to your country from Afghanistan”, said Mujahid to the Russian journalists, emphasizing that the Taliban is trying to resolve the issue of the Islamic State- Khorasan Province militants operating in Afghanistan, which is something that worries Russia’s allies in Central Asia.

According to Serhiy Danilov, Deputy Director of the Ukrainian Center for Middle East Studies, the Kremlin is playing a dirty game with the Taliban.

“On the one hand, Russia acts as the Taliban lobbyist, promising to support the group without formal recognition of their rule. On the other hand, Russia flirts with anti-Taliban opposition based in Tajikistan”, Danilov said, pointing out that Moscow is using the Taliban to achieve its own propaganda goals.