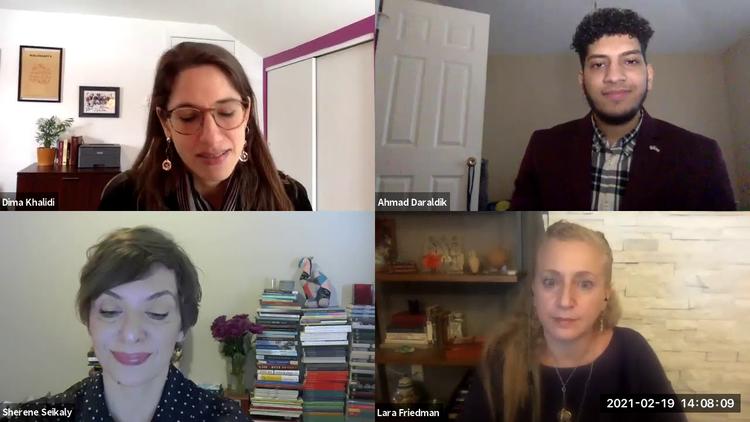 On the first of October, the University of Bristol fired Professor David Miller, a world renowned expert on the Israel lobby, the Zionist movement and Islamophobia. They did not give an explicit reason for the sacking, claiming only that Miller “did not meet the standards of behaviour we expect from our staff.”

But it is surely no coincidence that Miller’s sacking came after a year of particularly intense campaigning by the Israel lobby, which had called for him be fired for his anti-Zionist views. Indeed, the Israel lobby has been after Miller for years, incessantly smearing him as “anti-Semitic.”

I obtained and reported on two internal Bristol University documents for The Electronic Intifada. The two reports, by a leading QC, proved that even the lawyer the University itself hired to investigate Miller for anti-Semitism found that he had “no case to answer.”

The second document, which has been leaked in full, contains a further revelation.

It shows that the University instructed the QC (whose name has been redacted from the leaks) to “take into account” the Israel lobby’s bogus definition of anti-Semitism.

The “working definition” shilled by the International Holocaust Remembrance Alliance has been highly controversial since it was published in 2016 due to its conflation of opposition to Israel and its racist ideology, Zionism, on one hand, with anti-Jewish bigotry, on the other.

The two are very different – indeed diametrically opposed to each other.

But the IHRA definition has been a useful tool for Israel to distract from its crimes and divide and destroy solidarity movements with the Palestinians (as well as popular left-wing movements) by pretending that they are anti-Semitic and that their criticisms of Israeli war crimes, apartheid and colonialism are secretly motivated by anti-Jewish hatred.

But the QC handled the definition logically, pointing out that even its own text describes it as a “non-legally binding working definition”.

“In other words,” the leaked document explained, quoting human rights lawyer, Hugh Tomlinson, QC, “it cannot be construed in the same way as a statutory definition or one produced as part of statutory guidance.”

So the IHRA’s prohibitions of criticising Israel as the fundamentally racist state that it is are not legally binding, even according to the working definition itself. Therefore, Miller should be free to speak.

That a leading lawyer instructed by a major UK university should (over the course of 10 pages) deconstruct and dismiss the IHRA definition is a sign of its decline and the possibility of its demise.

The IHRA has (as I predicted it would in 2018) caused havoc in the Labour Party. It formed a major component of the campaign which overthrew Jeremy Corbyn as leader of the opposition. Still, today, three and a half years later, the IHRA definition is being used by Keir Starmer’s Labour to purge and marginalise the party of its remaining left-wing politicians, as well as to expel the membership en masse.

But the high profile foisting of the definition on Labour by the Israel lobby may yet prove to be a pyrrhic victory. The dishonest and disreputable manner in which debate on the definition was crushed was a wake-up call for the Labour grassroots (to say nothing of the wider nation, at large) on the scummy way in which the Israel lobby operates and on the oppression of the Palestinians.

Despite the British government adopting the bogus definition and last year threatening to defund universities that do not do the same, the problems with it are so huge that most British universities still refuse to adopt it.

Earlier this year, the academic board at University College London voted to endorse a report that stated that the IHRA definition “is not fit for purpose within a university setting and has no legal basis for enforcement.”

Could the tide be turning? News from Canada this week certainly seemed to suggest that.

The Canadian Association of University Teachers voted to reject the IHRA definition at its annual conference. The CAUT represents 72,000 academics and staff at 125 universities and colleges across Canada.

CAUT stated in its motion that it “supports the academic freedom of its members and recognises the need to safeguard the rights of scholars to critique all states, including the state of Israel, without fear of outside political influence, cuts to funding, censorship, harassment, threats and intimidation.”

It is important for the Palestine solidarity movement that any adoption of the IHRA definition is reversed. Such declarations are a good start in the process moving towards that goal.

Foundation for Middle East Peace: “Implications and Impacts of the IHRA Definition on Palestinians”