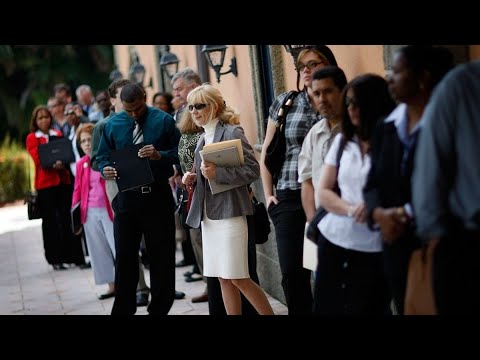 Ann Arbor (Informed Comment) – News corporations think good news does not sell, which is why you see so little of it on television or on the front page of news web sites. Executives at for-profit news believe their corporations benefit, just as do social media platforms, from provoking your fight or flight reflexes– making you angry or afraid — since the adrenaline rush keeps you reading and keeps you coming back for more. They think bad news is addictive. It is to the point that the editors and journalists seem to feel they have to cast President Biden in a bad light unfairly to keep their viewers.

They may be right, but good news can also provoke enzyme responses, raising levels of dopamine, oxytocin, serotonin, and endorphins. Reading or hearing about love, successful struggles, making connections, and noble emotions like gratitude, altruism (helping others), and creativity makes people feel good and could just as easily attract eyeballs. Anyway, we’re not for-profit, so Informed Comment isn’t primarily after clicks.

So I’m going to tell some good news stories to offset the panic rained down on us by our television sets.

Steve Benen at MSNBC explains that in mid-January, unemployment claims were 886,000 a week. The week before Christmas, there were 198,000 jobless claims, a decline of 8,000 from the week before. In December, jobless claims hit a 52-year low.

When the pandemic hit in the spring of 2020, jobless claims skyrocketed to seven million. All of Tennessee or Arizona was suddenly unemployed and looking for help on a weekly basis. Last week it was less than half of Wyoming or less than a third of Vermont (our two least populous states).

The Biden economy, regarding joblessness, has improved on the pre-pandemic situation.

Priyanka Boghani at Frontline reports that the poverty rate fell further in 2021, in some months to as little as 9%, and that included child poverty.

The programs that enabled this advance in fighting poverty mostly just expired, so things may be harder next year– though see the previous item, which suggests that there are a lot more jobs around and many are higher paying because of a worker shortage. But it is good news that for the past couple of years, fewer Americans have had to grapple with poverty.

CNBC reports that India reached its 2030 goal of getting 40% of its electricity from low-carbon sources last year, 9 years early. It has gone gangbusters with solar energy in particular and now has 48.55 gigawatts of solar power and nearly as much wind power. India has almost as much solar as it does hydro power. So 40% by 2030 was India’s Paris Climate pledge in 2015, and it got there in 6 years, not 15. If India can do that, why can’t it just go to 100% on a similarly advanced timetable. India is still stuck with a lot of coal power, but the renewables are falling in price so fast that the future is clear. The future just needs to get here sooner than the Modi government expected, and it is showing signs of doing so.

And just to prove it is possible, Uruguay gets nearly 100% of its electricity from renewables. Likewise, Scotland, which just installed the first 10 megawatt deep sea offshore wind turbine, of 114 planned. That will be a wind farm equivalent to a small nuclear plant for the power it puts out.

Observers keep saying that, while we are putting in renewables at an unprecedented rate, it isn’t fast enough to keep the earth from heating up dangerously. But what I notice is that we are not looking at a serial progression here. The rate is accelerating. It is an logorithm. This is not a reason to be complacent, but we have to take heart from the real achievements that are being accomplished in this area. People are meeting deadlines, as in India and Scotland, that had been scoffed at, and meeting them on time or even amazingly early.

Life is a challenge, and more challenges are coming, but you always have challenges. By recognizing the genuine good news all around us, we take heart and find our zen.

It doesn’t mean we turn away from the problems. Scientific research has demonstrated, however, that optimists are better problem solvers than pessimists. Because they are convinced that there is a way to solve the problem, which motivates them to keep trying.