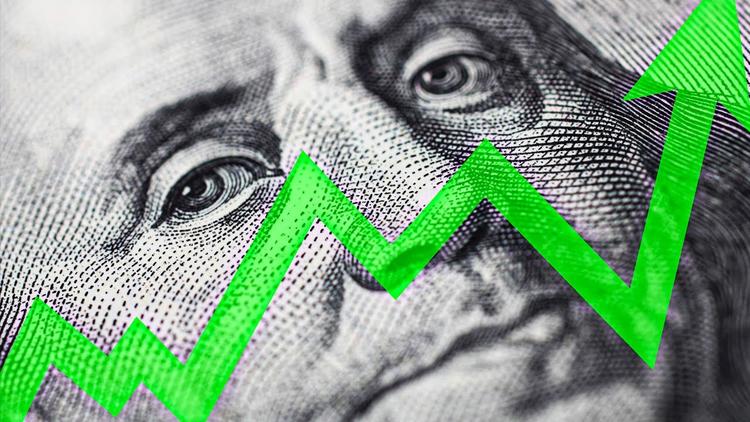 ( Otherwords.org) – CEOs are taking every opportunity to further pad their own pockets. Here’s how to hold them accountable. By Sarah Baron | December 1, 2021

With vaccination rates on the rise, Americans are hoping for a return to some semblance of normalcy this holiday season. Unfortunately, as people start traveling more and buying holiday gifts, we’re facing supply chain disruptions and rising costs, from gas to groceries.

Recent polling shows that 92 percent of Americans across party lines are concerned about rising inflation, especially when it comes to groceries and gas prices. The top concern for 89 percent of those surveyed is the rising cost of groceries, where it’s harder for families to cut costs.

It would be easy to blame President Biden, but that’s just not the case. In fact, wages have increased more in the last three months than they have in the past 20 years, and millions of Americans are back to work due to his administration’s successes.

The truth is big corporations and their ultra-rich CEOs are exploiting consumers.

Big corporations have been making record profits during the pandemic. And in a year when the majority of people struggled to get by, CEOs have only gotten richer. They’ve taken every opportunity to further pad their own pockets.

The chief executives of major grocers like Kroger claim that inflation “is always good in our business.” But good for whom?

Last year, Kroger raked in $132 billion in revenue, and the average salaries for their top executives increased — while pay for the median employee fell by 8 percent.

In February 2021, Kroger announced it would close two stores in California rather than temporarily pay some employees $4 more an hour in “hazard pay.” When greedy corporations are able to take advantage of economic hardship, it’s workers and families who pay the price.

Conservative media and politicians are clinging to the narrative that inflation is the fault of President Biden and the American Rescue Plan as they try to take advantage of this situation to persuade voters.

But it’s clear that corporate profiteering is forcing workers and families to make unnecessary sacrifices so that wealthy executives can make themselves richer. It’s up to our lawmakers to hold these wealthy CEOs accountable.

President Biden is already moving in this direction by instructing the Federal Trade Commission to investigate anti-consumer behavior by oil companies. And Democrats are trying to get the Build Back Better Act passed to lower health care costs, prescription drugs costs, child care costs, and more by finally making big corporations pay their fair share of taxes and play by the rules.

But Republicans are unanimously opposed to holding big corporations accountable — and are even cheering on inflation. Inflation “is a gold mine for us,” said Florida Republican Senator Rick Scott.

Leading economists have affirmed that the investments in the Build Back Better Act will ease inflation. But that won’t stop Republicans from continuing to lay the blame of inflation on Democrats while simultaneously fighting tooth and nail to kill the bill — and let big corporations continue to take advantage of us.

Democrats must make two things clear to the American people. First, despite record profits, it’s corporate greed that’s to blame for the rising costs we’re currently experiencing. Second, the Build Back Better Act will make many of these same corporations pay their fair share and play by the rules.

Sarah Baron is the Campaign Director at Tax March. This op-ed was developed by Inequality.org and distributed for syndication by OtherWords.org.

The Ring of Fire: “Corporations Are Using Inflation As An Excuse To Jack Up Prices For Consumers”