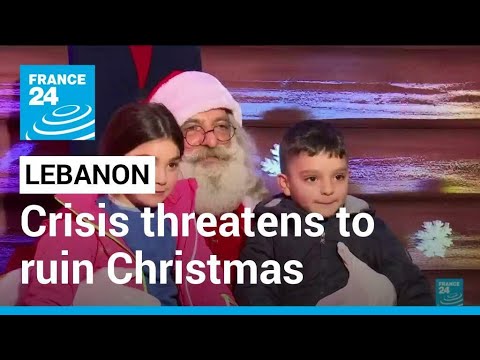 Ann Arbor (Informed Comment) – Why is America imposing hardships on the Christians of the Middle East?

Xinhua’s reporter visited Syria and found that the Christians in Damascus don’t appear to be able to put up much in the way of Christmas lights in the Christian district of Bab Touma. They complain of a lack of electricity and a lack of money.

The Christians aren’t different in that regard from all the other Syrian civilians. US sanctions on Syria are part of the reason for this dilemma.

United States foreign policy has become so opaque that it is hard to divine what President Biden is up to in Syria, where the Department of Defense still has about 900 troops — even though the legality of their presence is highly questionable. One of their tasks appears to be to keep the petroleum pumped from Syria’s eastern fields out of the hand of the Syrian government. One thing is clear, however, which is that U.S. sanctions on Syria are mainly hurting ordinary people and interfering with rebuilding the country.

Meanwhile, Christians in Jerusalem, who are Palestinians, are warning that Israeli squatters are attempting to take their homes and that they may find it difficult to remain in the city. While the Biden administration has complained to the Israelis about their policy of taking away the homes of Palestinians who have lived in them for decades, Washington is never willing to punish Israel for breaking international law, and so the expulsions continue.

Things are pretty glum in Lebanon, as well, this year, with an ongoing political and economic crisis. A few years ago, one in three Lebanese were living under the poverty line. This year it is four out of five. Power blackouts have also blacked out Christmas lights. Some parents have warned their children that Santa Claus won’t be coming this year. Christians there, who make up a sizeable proportion of the population and from whom the president is drawn, are trying to extract what cheer they can from the holy day.

Lebanese typically spend $250 million on gifts in the week before Christmas. Arab News says this year people only spent $10 million to $15 million, the worst performance since 1975 when Civil War broke out.

Many Muslims are happy to join in the Christmas festivities, posting Qur’an verses about Jesus’ birth to social media and pointing to Jesus’ birthday as something that can unite all Lebanese.

Lebanon’s crisis is complicated, but let us just say that American sanctions on Syria have also hurt its people, including its Christians. Lebanon is a small country and Syria is its much larger neighbor, with which it does a great deal of trade, commerce and finance. Sanctions on Syria make businesses wary of those interactions, which has a deflationary effect.

If you want to help Lebanon, the UNICEF appeal is here

The sanctions-crazy foreign policy Blob in Washington, D.C. have invoked the Caesar Act against the Baathist Syrian government of Bashar al-Assad have imposed other sanctions. That government is full of genocidal monsters, so fair enough. But US sanctions on government officials have knock-on effects, making charities nervous about operating in that country lest they be sanctioned themselves, and making banks and lenders nervous about lending to or even doing business with the central back of the country, as Sam Heller points out.

Similar considerations obtain in Afghanistan, where US sanctions on the Taliban may contribute to a horrible humanitarian catastrophe this winter.

Sam Heller explains that at least the Biden administration approved a World Bank plan to bring Egyptian natural gas through Jordan and Syria to Lebanon. Syria will likely get some of the gas as barter for tolls for the pipeline going through the country. The Biden administration is eager that Lebanon’s energy come from Egypt, even if via Syria, because the alternative is for the Lebanese Shiite party-militia, Hezbollah, to bring it in from Iran. That makes Lebanon more dependent on Iran and also strengthens Hezbollah’s hand in national politics. Analysts whose main concern is using sanctions to overthrow the Syrian government were angered by the move, but sanctions don’t usually actually overthrow governments. Ruling elites can insulate themselves from the effect of sanctions, so they mostly harm the poorest people in the society.