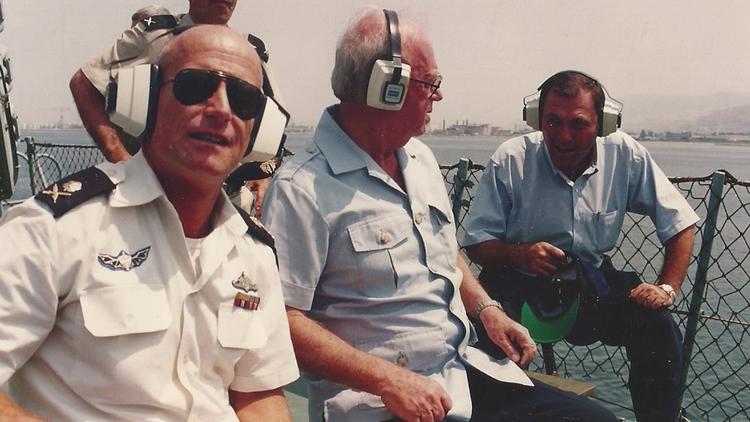 ( Detailed Political Quizzes) – Ami Ayalon, a former director of Israel’s Shin Bet security agency, explains why Oslo failed in his 2020 memoir (co-authored with the academic Anthony David), Friendly Fire: How Israel Became Its Own Worst Enemy and the Hope for Its Future. Essentially, Ayalon argues that while Palestinian security forces worked effectively with Israel to decrease terrorism, Israel increased illegal settlements and failed to deliver promised occupied territory. The predictable result was violent resistance from the Palestinian street and greater popular support for Hamas.

Consider three examples from the book.

1. Prime Minister Peres Fails To Deliver In January 1996, Prime Minister Shimon Peres promised the Shin Bet substantial funds to fight terrorism. Ayalon responded “that money wouldn’t be enough. ‘Ultimately, ending terrorism depends on politics.’…[Security services can only] fight back the flames to create breathing room for the politicians to launch a political process. [And, he added,] ‘To hunt down the terrorists, we are also going to need Arafat’…This, of course, was the logic of Oslo…” (p. 126) According to Ayalon, “only Arafat could defeat Hamas, because almost all Palestinians still lined up behind his vision of national independence. So if the Palestinian Authority worked with us to fight Hamas,…[w]e’d have to follow through on the terms of Oslo and withdraw from over 90 percent of the Occupied Territories.” (p. 127) “[Ayalon] establish[ed] effective cooperation with the Palestinian security forces, led by [Mohammad] Dahlan in Gaza and Colonel Jibril Rajoub in the West Bank… [Jibril told Ayalon that] ‘I didn’t sit in jail for seventeen years for Hamas to build a fundamentalist state.’” In fact, Jibril even continued to cooperate with the Shin Bet after his brother, Sheikh Naif, a member of Hamas, was imprisoned. (pp. 128-9, 131) “Dahlan, Jibril, and their forces, acting on Arafat’s orders, packed Palestinian prisons with militant Islamists.” Their “efforts were paying off: [They] had considerably reduced the frequency of suicide bombings.” “Peres, though, found one reason after another not to withdraw from Abu Sneina”, the Hebron neighborhood he had promised Arafat. (pp. 129, 142, 145) “Jibril’s heavy hand in preventing Hamas from murdering Israeli civilians had yielded nothing. In the years that followed, as the Palestinians received only scraps of the 90 percent of the territories Arafat thought he would get from us, Jibril went from being a hero on the streets, a tough ex-prisoner who did what it took to liberate his country, to someone perceived as tainted. In the eyes of many, [his brother] Sheikh Naif, the fundamentalist preacher and anti-Semite, had inherited his brother’s role as intrepid fighter for Palestinian freedom.” (p. 135) For more information on the Israel-Palestine conflict and other topics, go to: https://detailedpoliticalquizzes.wordpress.com/

2. Prime Minister Netanyahu Fails To Deliver “By October [1998], Arafat had received only a fraction of what he felt had been promised, and he was running out of patience because he couldn’t show his people that negotiating with the Israelis had brought them any closer to ending the occupation. The Americans shared his frustration; [President Bill] Clinton began pressuring [Prime Minister Benjamin Netanyahu] to complete the transfer of territory….Netanyahu finally agreed to take part in [the Wye River] summit…” (p. 165) “On the eve of the…summit, Bibi’s government announced plans to build twelve hundred homes near the Alei Zahav settlement, three miles inside the West Bank. Amazingly, Jibril and his forces continued working with us [Shin Bet]. In one case we got information about an attack in the center of Israel being planned in the Nablus area by a Hamas operative…[W]e captured him at [a] checkpoint.” (p. 165)

3. Prime Minister Barak Fails To Deliver In May 1999, “though Netanyahu had only implemented a fraction of what he promised at the Wye River summit, Arafat…was confident that [the newly elected Ehud] Barak would hand him the rest and move the political process toward a solution.” (p. 167) Ayalon explained to Barak that “‘if Arafat and the PA can’t deliver on their promises, people on the Palestinian street will reject diplomacy and turn to violence. They’ll come to see PA security apparatus as collaborators with the occupation.’ Security depended on a political horizon of hope…which Bibi never provided. Most Palestinians thought we used Oslo as a pretext to expand settlements.” (p. 169) Barak’s preferred approach was “to leapfrog over the withdrawal Bibi promised Arafat and head directly to final status negotiations.” While Arafat insisted that Wye be implemented, “Barak headed to Washington to win Clinton over to his plan….[Dahlan and Jibril and their men] were risking a civil war with Hamas to hold up their end of the bargain, and Barak wouldn’t even give them the pittance Bibi had promised.” (pp. 170, 171-2) With settlements expanding, “Hamas’s refrain — that Oslo was a trick and that Zionists only respond to power and force — was getting through….[Knowledgeable people told Ayalon] that if a second Intifada broke out, it would be a spontaneous eruption from the street fueled by bitter disappointment at the corruption average people saw in their leaders…[But] [t]he main reason would be loss of hope in a process that had only produced more settlements, roadblocks, and humiliation.” (p. 172) “The peace talks in July [2000] played out just as [Ayalon] had feared. Sure enough, Barak got Clinton to strong-arm Arafat into discussing the core issues at Camp David…, and when Barak presented Arafat with a deal, Arafat walked away.” (p. 181) (It’s important to note that Israel’s lead negotiator at Camp David later publicly stated that, “Camp David was not the missed opportunity for the Palestinians, and if I were a Palestinian I would have rejected Camp David, as well.” (Question 25: https://detailedpoliticalquizzes.wordpress.com/israel-palestine-quiz/ )) According to Ayalon, Israelis needed to understand that the Palestinians “behind the Second Intifada were disillusioned supporters of the peace process. [They included men] who worked with Jibril, guys who risked their necks pursuing Hamas terrorists. If some of these men were…dancing in [Jewish] blood, it wasn’t because they were beasts, it was because they’d lost hope.” (pp. 185-6)

Reprinted with the author’s permission from Detailed Political Quizzes