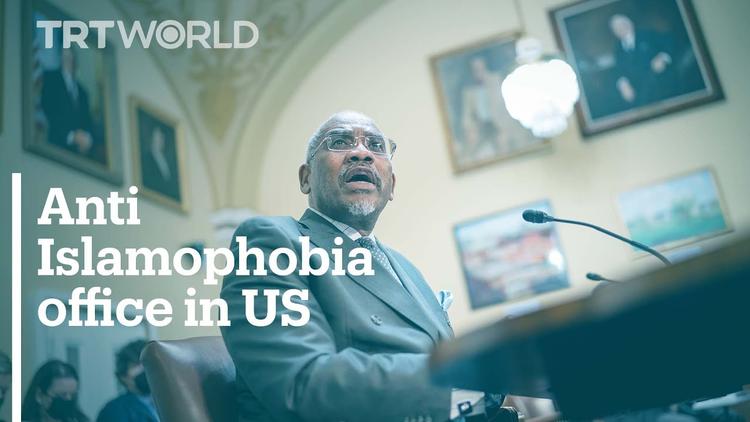 ( Middle East Monitor) – The result of a vote in the US House of Representatives on 14 December may signal a change in Washington’s approach to the social-political evil that is Islamophobia. However, we should not jump to hasty conclusions.

Amazingly, Congress was nearly split on the vote. While 219 representatives voted in favour of the proposed ‘Combating International Islamophobia Act’, 212 actually voted against it. What is so objectionable about the effort to fight bigotry that so many said “nay” when it came to a vote?

The resolution introduced by Representative Ilhan Omar called merely for the creation of the position of “Special Envoy for monitoring and combating Islamophobia”. Arguably, and ironically, HR 5665 would have not passed were it not for the embarrassing episode when Republican Representative Lauren Boebert of Colorado mouthed off against Omar, using obscene and racist language. She even suggested that Rep. Omar was a terrorist.

“So the other night on the House floor was not my first jihad squad moment,” Boebert told a crowd during a campaign event in Staten Island. The other moment, according to Boebert, was when she met Ilhan Omar in an elevator. “What’s happening? I look to my left and there she is, Ilhan Omar, and I said, ‘Well she doesn’t have a backpack, we should be fine’.” The implication was that an elected representative of the people of Minnesota, Ilhan Omar, was a potential bomber.

The fact that Boebert would make such racist references publicly, while being aware of the particular cultural sensitivity that exists in her country at the moment, speaks volumes about the complete disregard that many Americans in power, in the media or on the street, have towards their fellow US citizens who happen to be Muslims.

Thanks to the tireless efforts of numerous activists across the country, the disparaging and racist comments by Boebert had enough impact to help register a semi-official indictment of such despicable behaviour. Of course, much more work needs to be done to convince the 212 representatives who object to tackling Islamophobia that degrades and discriminates against their fellow citizens on the grounds of religion, culture or attire, that it must not be tolerated.

Whether HR 5665 will prove decisive in condemning Islamophobia or holding Islamophobes to account, though, is a different story. Hence, we must not hesitate to confront the term itself — Islamophobia — which is misleading, because it suggests that Muslims in the US and around the world are facing a kind of pathological phenomenon, a fear instigated, as some claim, by Muslims themselves.

The reality is that fear plays no part in this. Those who are anti-Muslim are bigots; outright racists. Even though Islam is a religion practised by people of all races, in the mindset of such racists Islam is affiliated with brown and black-skinned people. Hating Islam and Muslims, therefore, is part of the anti-black racism that continues to define many parts of the world, especially the US and Europe.

The Kuwait Towers, seen displaying the flag of New Zealand in solidarity with the victims of the Christchurch mosque attacks, on March 17, 2019, in Kuwait City, Kuwait [YASSER AL-ZAYYAT/AFP via Getty Images]

The Kuwait Towers, seen displaying the flag of New Zealand in solidarity with the victims of the Christchurch mosque attacks, on March 17, 2019, in Kuwait City, Kuwait [YASSER AL-ZAYYAT/AFP via Getty Images]

Anti-Muslims are capable of murderous criminality, with so-called Islamophobia resulting in mass killings in Canada, New Zealand and Britain. Less well reported than these horrific attacks are the thousands of daily incidents where Muslims are targeted because of their religion, cultural symbols and values.

According to a report released by the Council on American-Islamic Relations (CAIR) in July, hundreds of anti-Muslim incidents were reported in the US alone in the first half of 2021. These incidents range from hate crimes and hate speech to the targeting of mosques and Muslim children being bullied at school simply because of their faith background.

The US is not the only Western country where anti-Muslim bias and hate crimes are on the rise. Canada witnessed the horrific January 2017 attack on the Islamic Cultural Centre in Quebec, in which six Muslims were killed and 19 others were wounded. The authorities there are also culpable.

According to a report by the National Council of Canadian Muslims (NCCM) in September, anti-Muslim incidents in Canada are growing exponentially. Fatema Abdalla, the NCCM’s communication coordinator, described anti-Muslim hate in Canada as “systemic”. Following the release of the organisation’s report she told Global News, “Not only is it growing, but it’s also evolving.”

As in the US, anti-Muslim hate in Canada is also fuelled by politicians, but not just any politicians. In 2015, for example, Canada’s then Prime Minister, Stephen Harper, pushed to establish a “barbaric cultural practices hotline” where Canadians would be able to call the police to report the “disturbing rituals” of their neighbours. This was understood widely to be targeting Muslims, especially as equally disturbing anti-Muslim measures were proposed or enacted in Canada during that period.

Similarly, in Britain and the rest of Europe anti-Muslim bias and hate crimes have been reported, based on extensive studies and research as well as the daily experiences of ordinary Muslims.

Hence, while the vote in Congress to “monitor and combat Islamophobia” is a positive step, the urgency of the situation demands not just symbolic gestures, but also the outright criminalisation and prosecution of anti-Muslim hate crimes. “Islamophobes” are not people with an irrational (they and others would argue “rational”) fear of Muslims, similar to those who suffer from claustrophobia, arachnophobia or agoraphobia, for example. It is rare indeed for people who suffer from such genuine phobias to gun down innocent people in the street as a way to overcome their fears.

Anti-Muslim hate is real and the racists behind it must be punished for their words and actions because Muslims have as much right as anyone to live in peace with their neighbours. That is the least that they deserve.