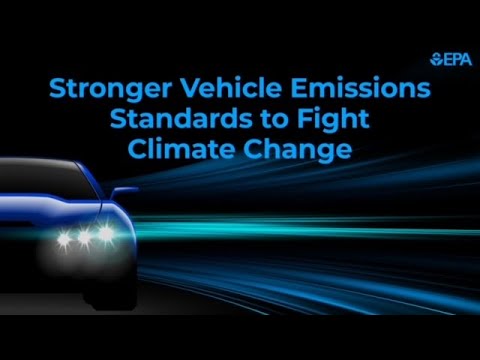 Ann Arbor (Informed Comment) – In good news for electric vehicles and the greening of US transportation, the Biden administration on Monday substantially toughened automobile and light truck emissions standards, mandating that they get an average of 40 miles per gallon by 2026. The incremental toughening begins next fall with the 2023 models. The Biden goals are 25% more ambitious than were the Trump administration’s, and are 5% tougher than the initial Environmental Protection Agency plan released last August.

I go most years to the annual Detroit Auto Show, usually held in Cobo Hall, and it has been dismaying to see how many of the vehicles exhibited there get 18 miles a gallon. There really is no excuse for this situation except that the EPA has been coddling the automakers. Making them get and average of 40 miles a gallon by 2026 is a good step forward. But of course, the auto corporations are going to still sell SUVs and muscle cars that fall short of 40 mpg.

In order to get to that average, the automakers will have to increase the percentage of electric cars they sell from 4% last year to 17% in 2026. Americans buy roughly 17 million cars and light trucks every year, so in 2026 nearly 3 million of them will have to be electric if the manufacturers are going to meet the EPA standard. Only about 300,000 EVs and plug-in hybrids were sold in 2020 in the US, so this would be an almost 10-fold increase.

Biden wants half of new vehicles sold in 2030 to be electric, which would require a tripling of the now-planned 2026 number, to 8 or 9 million EVs sold a year in 2030. Although this rule doesn’t get us there by itself, it seems to me a more important step toward that goal than most of the journalists are admitting. Analysts have pointed out that there are bottlenecks in EV production, even basic things like constructing factories for their production or setting aside space for that production in existing facilities. If you have things set up to produce 3 million a year, it isn’t so hard to ramp up to 9 million from there. Unlike in gasoline cars, there will also be substantial price decreases once you’re producing the batteries for 3 million EVs a year. There are also rapid improvements in battery technology. Solid state lithium polymer batteries, for instance, don’t have that problem of occasionally catching on fire. Mercedes just sold 30 buses with solid state batteries to Bremen.

The automakers and the UAW are not sure they can pull off selling 3 million EVs to Americans by 2026 without the $12,500 consumer tax credit for buying an EV that was in the Build Back Better bill that Sen. Joe Manchin of West Virginia just obliterated. They also want to see a rapid build-out of electric charging stations around the country. Luckily, the money for that was in the Infrastructure and Jobs Act that has already passed.

I don’t know what to do about the American resistance to EVs on the grounds of range anxiety. It is silly. The new generation of electric vehicles gets 200 to 300 miles on a charge. You’re not going to get stranded in your daily life, where the average trip is 5 miles. Why people insist that they won’t buy a car unless they can use it for a 2,000-mile road trip that they only take once every three years baffles me. So rent a car if you want to go on a long vacation. It isn’t that expensive.

Nobody is saying that the new rule is enough. But note that it will prevent “3.1 billion tons of [green house gas] emissions by 2050 – 50 percent greater emission reduction than our proposed standards.” The US puts out about 5 billion metric tons a year of carbon dioxide. Some 29% of American CO2 pollution is caused by cars and trucks, and it is the largest single source.

Consumers could spend almost nothing on fuel if they bought an EV. But if they insist on buying an internal combustion-driven car, the new rule will save them $1000 or so over the lifetime of the vehicle. It will also make the US more energy independent.

The new rule will also save tens of thousands of lives by reducing particulate matter pollution in the air. Gasoline cars put out particles that get into people’s lungs and kill them. I sometimes think that the best thing the EPA could do would be to mandate that auto exhaust has to be bright orange, not colorless. If we could see the stuff, we’d be (rightly) afraid of it. A new Harvard study found that drops in emissions because of EPA standards from 2008 to 2017 were highly significant:

“The researchers estimated that reductions in emissions yielded $270 billion in social benefits in the U.S. in 2017—mostly due to the estimated value of reduced mortality risk from fine particulate matter (PM2.5) air pollution—and, to a lesser degree, to reduced “social costs” from greenhouse gas emissions, which are calculated from a range of factors such as human health impacts, changes in agricultural productivity, natural disasters, risk of conflict, and more.The researchers also estimated that deaths attributable to air pollution due to vehicle emissions dropped from 27,700 in 2008 to 19,800 in 2017.”

Extreme-weather events are costing the US more and more billions of dollars a year, and they are being driven to be more destructive by our burning of 338 million gallons of gasoline every day, releasing billions of tons of heat-trapping gases into the atmosphere.

If Joe Manchin wants to save trillions of dollars for America, all he has to do is support the climate provisions in Build Back Better, which would turbocharge savings compared to the EPA emissions standards.