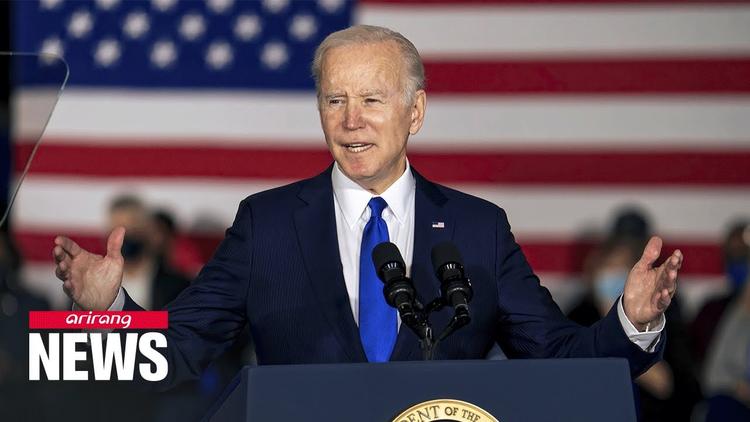 Ann Arbor (Informed Comment) – The ancient Greek mathematician Archimedes of Syracuse (d. 212 BC), speaking of the power of the lever, said, “Give me a place to stand on, and I will move the Earth” (δῶς μοι πᾶ στῶ καὶ τὰν γᾶν κινάσω).

In the US economy there are few more powerful levers than the federal government, an enormous buyer of goods and services with a $4 trillion a year budget. The whole US GDP is 23 trillion. As Archimedes recognized, although a lever is a relatively small thing, it can move much bigger objects with the right placement.

President Biden on Wednesday signed an executive order aiming for the federal government to be net carbon zero by 2050. The significance of this executive order is far greater than it seems on the surface, since the government will leverage big changes in the green economy.

This is a tremendously important story that appears to have been almost entirely ignored by the for-profit news programs. This is one reason you need Informed Comment.

The date 2050 is a long way off, but some measures will take effect immediately. For instance, Biden wants all new cars bought by federal agencies to be electric by 2027, only about 5 years from now. If Biden gets a second term, which presidents usually do if they seek one, he would be in a position to steward this measure to completion. The executive order says,

The federal government buys 50,000 vehicles a year, and has a fleet of 650,000 of them, so this step is potentially significant.

Americans right now are buying about 250,000 electric vehicles a year. The more EVs that are purchased, the faster the cost of batteries falls, because the sales drive new research and development, increased battery production, new mining of needed metals, and increased creation of space in the auto factories for dedicated EV production lines, leading to greater economies of scale. The price of an EV battery pack fell 6% from 2020 to 2021, and prices are down 89% since 2010. There will occasionally be price spikes as demand increases, but the secular trend is sharply down over time.

Selling an extra 50,000 EVs a year, an increase of 20% per year over current purchases, will help goose research and development, battery production, and mineral finds further. That is, for the federal government to have a fleet of 650,000 EVs will sharply reduce its carbon dioxide emissions, but for the government to be in the market in this big way will have positive knock-on effects on the industry as a whole.

Further, Biden wants the government to buy American cars manufactured at union shops, so this program will be a windfall for union workers. Unionized workers are paid better and have better benefits. The corporations’ deliberate destruction of American unions in the past forty years has led to our crisis of inequality. Subsidies for union-built EVs are in Biden’s Build Back Better bill, but are opposed by billionaire Elon Musk. Biden can have the government buy union-made vehicles as part of his executive order, however. This is good news for the Chevy Bolt and for future US-made Ford EVs, as well as for US-based factories of automobile manufacturers such as Volkswagen, which is making a big bet on electric vehicles.

Biden also wants the cut the carbon footprint of the 300,000 government buildings:

A reduction of CO2 emissions by 50 percent in 300,000 government buildings over the next decade is huge. Solar panels would be one path to electrification. About 4% of solar manufacturing jobs are unionized, and their companies will benefit under Biden rules. China produces 80% of the world’s solar panels, and Biden’s program could help reinvigorate solar panel manufacturing in the United States.

Some of the government buildings are on military bases, and the US military is worried about bases losing power in increasingly common extreme weather events driven by the climate emergency. Some bases are already getting large solar farms. This is a security issue for the officer corps, and will receive their enthusiastic support, making it hard for Biden’s critics on the Right to gainsay him on this particular issue.