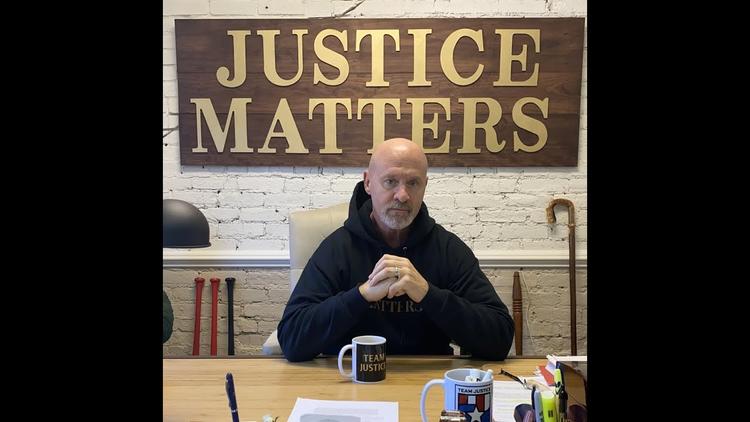 Ann Arbor (Informed Comment) – Rep. Jim Jordan (R-OH) has admitted that he authored a text sent to former White House Chief of Staff Mark Meadows that was revealed by the January 6 Commission. The text read out by Rep. Adam Schiff (D-CA) said, “On January 6, 2021, Vice President Mike Pence, as President of the Senate, should call out all electoral votes that he believes are unconstitutional as no electoral votes at all.” They identified it only as coming from a congressman.

Rep. Ruben Gallego (D-AZ) charged in the wake of the revelation that Jim Jordan is a traitor. Is that true?

Jordan’s office said that the sentence was truncated and that it was a forward on January 5 by Jordan to Meadows from former Defense Department Inspector General Joseph Schmitz, who also served as an executive with the rogue mercenary company Blackwater. Blackwater was expelled from Iraq for committing massacres with indiscriminate fire.

According to Ryan Nobles and Zachary Cohen at CNN, the full text that Jordan forwarded on Jan. 5 said,

“On January 6, 2021, Vice President Mike Pence, as President of the Senate, should call out all electoral votes that he believes are unconstitutional as no electoral votes at all — in accordance with guidance from founding father Alexander Hamilton and judicial precedence. ‘No legislative act,’ wrote Alexander Hamilton in Federalist No. 78, ‘contrary to the Constitution, can be valid.’ The court in Hubbard v. Lowe reinforced this truth: ‘That an unconstitutional statute is not a law at all is a proposition no longer open to discussion.’ 226 F. 135, 137 (SDNY 1915), appeal dismissed, 242 U.S. 654 (1916). Following this rationale, an unconstitutionally appointed elector, like an unconstitutionally enacted statute, is no elector at all.’”

Despite the citation of the Federal Papers and court decisions, this text is actually just a crackpot theory with no legal basis whatsoever, implying that Vice President Pence could have refused to certify President Biden’s election. He had no such prerogative.

“One of the points of the Electoral Count Act is to constrain the vice president given this earlier episode and make it clear that he’s a presider, not a decider,” said former Federal Election Commission Chairman Trevor Potter, president of the Campaign Legal Center.”

The 1887 law allows members of the Senate and the House of Representatives to raise objections to votes, but gives no such role to the president of the Senate (i.e. the vice president), who merely certifies the vote of the legislators.

So the text by Schmitz, a Trump campaign adviser, is horse manure.

Did Jordan’s forwarding to Meadows constitute, though, an act of treason?

Article III, Section 3, Clause 1 of the Constitution says, “Treason against the United States, shall consist only in levying War against them, or in adhering to their Enemies, giving them Aid and Comfort. No Person shall be convicted of Treason unless on the testimony of two Witnesses to the same overt Act, or on Confession in open Court.”

I don’t think treason is the right category here. I think the January 6 uprising was a form of sedition.

The US Federal Code has this to say,

We don’t have enough evidence yet to conclude that Jim Jordan gave “aid or comfort” to the Capitol rioters who were attempting to rebel against the laws of the United States. It seems entirely possible that he, and several other members of Congress, as well as Donald Trump, were in close contact with members of Oath Keepers and other far right militias who spearheaded the Jan. 6 attack. We do not know that for certain, however. Anyone who cheered on the invasion of the Capitol with an eye to preventing Congress from certifying Biden’s win would likely be guilty of rebellion or insurrection.

Seditious conspiracy, another possible charge, urges the use of force to overthrow the government. The text that Jordan forwarded does not mention anything about force. It proposes a (phony) legislative procedure.

Likewise, 18 U.S. Code § 2385 forbids advocating the overthrow of the US government by force.

As I have pointed out, in the 1950s members of the US Communist Party were in fact jailed merely on the imputation to them of a desire to overthrow the US government, with no evidence that they plotted to do any such thing or that they had advocated violence. In 1957 the Supreme Court finally ruled that you couldn’t be locked up for advocacy, only for actual violence.

The McCarthy-era persecution of leftists used the 1940 Smith Act, passed in the shadow of WW II, which threatened with condign punishment those who:

The Smith Act is still on the books. I don’t think it should be used against Jim Jordan. But I would say that he is much more guilty of contravening it than the Seattle Seven Communist Party members ever were.

So, no. Jim Jordan is not a traitor. And unless we discover that he advocated the violence deployed by the Capitol insurrectionists, he probably couldn’t be convicted even of sedition, conspiracy sedition, or advocating the overthrow of the government.

Glenn Kirschner, a legal adviser to NBC who teaches at George Washington University, suggested that what Jordan did was a violation of federal code 1505, which forbids obstructing pending acts of Congress.

“Section 1505 of Title 18, United States Code, as amended by the Victim and Witness Protection Act of 1982, forbids anyone from corruptly, or by threats of force or by any threatening communication, influencing, obstructing, or impeding any pending proceeding before a department or agency of the United States, or Congress. In 1996 Congress enacted a clarifying amendment to 18 U.S.C. § 1515, which defines the term “corruptly” as used in section 1505 to mean “acting with an improper purpose, personally or by influencing another, including making a false or misleading statement, or withholding, concealing, altering, or destroying a document or other information.” False Statements Accountability Act of 1996, Pub. L. No. 104-292, §3, 110 Stat. 3459, 3460.”

The message from Schmitz that Jordan forwarded was false and misleading, and he sent it with the purpose of obstructing the Congress from certifying the election. So maybe Kirschner has a point.

We know that Jordan talked with Trump on January 6. If we ever find out what he said, it could be a basis for a charge of conspiracy sedition.