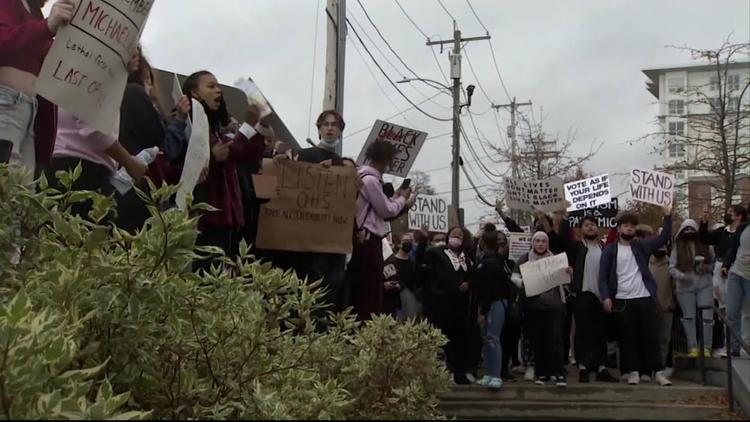 ( Cronkite News ) – PHOENIX – One in four Asian households in the U.S. report fearing physical attacks and threats because of their race, according to a recent survey by NPR, the Robert Wood Johnson Foundation and Harvard’s T.H. Chan School of Public Health.

The survey, taken Aug. 2 through Sept. 7 as the delta coronavirus variant swept the country, showed other minority households also reported fears for their safety. In addition, households across the country said they were worried about finances and other stressors during the summer surge of COVID-19 infections.

The survey found that 21% of Black households, 22% of Native Americans and 8% of Latino households report similar mental health stressors and anxiety because of their race or ethnicity. The survey used a nationally representative sample of 3,616 adults 18 or older and was released in October.

“In the field of psychology, there is such robust literature that we have done in our research team and with my colleague Dr. Tahirah Abdullah and so many other folks that suggest that racism is, by and large, connected to mental health challenges, to depression, to anxiety and stress,” said Jessica LoPresti, co-founder of BARE Mental Health &amp; Wellness. LoPresti, who also is a clinical psychologist at Suffolk University in Boston, focuses on promoting resilience, health and well-being among people and communities of color.

According to the FBI, physical and verbal attacks on Asians, Black Americans, and other minorities have increased since the start of the pandemic in March 2020.

Arizona hate crimes hit their highest level since 9/11, and it’s likely an undercount

“One of the most significant barriers that communities and people of color face are not necessarily only that Black people aren’t accessing mental health care, it’s that when we do that the mental health care is not culturally responsive,” LoPresti said. “Folks are entering therapy and sort of sitting across from someone and saying, ‘You have no idea what I experience, how who I am affects my mental health, so how could I possibly talk to you and find help in our sort of relationship?’”

The NPR survey – which asked respondents about finances, health care, racial or ethnic discrimination, education, caregiving, work and well-being – also found that 38% of U.S. households report facing severe financial issues in the past few months. This has a significant contribution to mental health problems, experts say.

“Reducing socioeconomic inequities, that kind of goes across the board of realizing that there is a connection with poverty, racism, how racism contributes to poverty, how poverty then contributes to mental health problems – all of this is intermingled,” said Imelda Padilla-Fraustro, a research scientist at the UCLA Center for Health Policy Research. She focuses on the social determinants related to these communities’ inequities.

She and LoPresti have dedicated their time to studying the multilevel impacts that race has on mental health and the barriers faced by underrepresented communities. Their research and the NPR study offer evidence that fearing for your safety adversely affects mental health, and that poverty exacerbates all mental health challenges.

Breanna Isbell expects to graduate in May 2022 with a bachelor’s degree in broadcast journalism. Isbell will be working in the Phoenix News Bureau and plans to pursue a master’s degree.