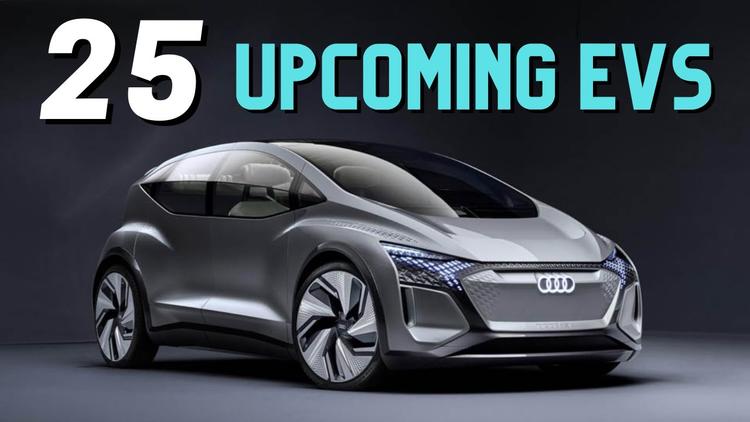 Ann Arbor (Informed Comment) – The Biden administration’s Infrastructure and Jobs Act, passed in October, and the new fuel standards set by the EPA will have a positive impact on electric vehicles in the United States in the coming year. Let’s review this good news.

1. Consumers will see a doubling of electric offerings, from 20 now to 40 next year this time, as many big auto makers jump into EVs with both feet. So writes Tim Levin and Business Insider. Middle class Americans want SUVs and trucks, and they will finally have a fair selection of them. Prices are also coming down for EVs, and some are much more affordable than a Tesla. It should be noted that the average vehicle bought in the US costs $45,000, with many EV sedans coming in around that price point or even a little less.

2. Levin also notes that in 2021, 3 percent of new car sales nationally were EVs. That percentage is expected to rise to 5 percent next year, on sales of about 15.5 million new vehicles. In absolute numbers, that is a rise from about 465,000 EVs sold to 775,000. In 2025, in just three years, some 2 million EVs are expected to be bought by Americans. California is ahead of the curve here, with a million EVs on the road. Electric cars, in fact, have become the state’s number one export.

3. The price of a kilowatt hour of battery usage was $1000 just a decade ago, says Justin Rowlatt at the BBC. Today, it is $100 per KWh, just a tenth. It is already now cheaper to buy an EV and run it than to buy an equivalent internal combustion vehicle and keep it on the road. In the latter case, you have to spend a lot of money on gasoline. EV charging is super cheap. We didn’t even notice our EV in our home electric bill. (Hint: for those who own their own homes, it is even cheaper if you put up solar panels on your roof, which generate free electricity from sunlight.) And the more electric vehicles that are sold, the more research and development goes into batteries, so they’ll go on becoming cheaper and more compact for the foreseeable future.

4. In fact, Morgan Stanley believes electric vehicles will in the not too distant future fall to as little as $3,000 to $5,000! That is not an expectation we can reasonably have regarding gasoline cars.

5. The already-passed $1 trillion Infrastructure Act will allow the Biden-Harris administration to construct a network of 500,000 charging stations around the country, according to Matthew Daly at AP The act makes available $5 billion for states to build out the charging stations. A further $2.5 billion is earmarked to set up charging stations in rural areas and in disadvantaged communities. Most new EVs are now getting 200 to 300 miles on a charge, but with fast charging stations almost everywhere it will be increasingly easy to take even long trips in your EV.

6. Not only will the transition to green transportation avoid the release of billions of tons of deadly heat-trapping carbon dioxide into the atmosphere every year, thus reducing the severity of the climate emergency we and our children will face, but it will avoid the production of particulate matter. Particulates in the air harm lung health and have other deleterious health effects sickening and killing thousands of Americans every year.