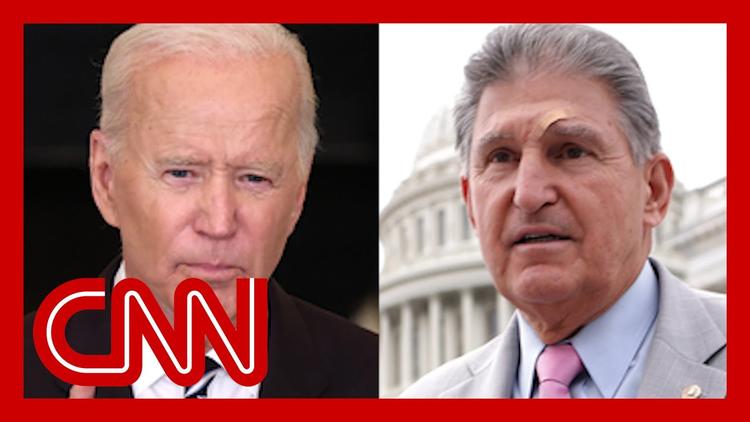 Ann Arbor (Informed Comment) – Senator Joe Manchin has attempted completely to shoot down the Build Back Better bill, underlining the thin legislative margin with which President Biden has to work. With a 50/50 Senate, Biden’s legislative agenda going forward will need to be bipartisan. The successes this approach can garner are apparent in the $1.2 trillion Infrastructure Act passed in November. I argued that the Act has lots of good news for green energy and the environment even if it also has some provisions favoring fossil fuels. Politics is about compromise.

The need for bipartisanship is bad news for some parts of the Democratic agenda, which is deeply regrettable. But pragmatically speaking, what Democrats need to do now is separate out some of the goals toward which the now-defunct Build Back Better bill strove and to go forward with a set of smaller bills that target those goals and which could attract some Republican support. Remember, 19 Republican senators supported the Infrastructure Act.

It is entertaining to curse Joe Manchin, but if Democrats want revenge on him, the best way is to enlist some Green-tilting Republicans in an end run around him and by support for green energy subsidies to hasten the demise of his beloved dirty coal industry.

Promoting green energy is the number one priority that outweighs every other consideration. The poor will be made poorer by runaway global heating. Women will be hurt by it. Workers will suffer. Cities, the Democratic strongholds, are in dire danger from it. There is a sense in which much of the good that Democrats hope to do will be undone if they don’t radically reduce carbon dioxide emissions. Reducing them at home will give the United States more credibility in pressing other industrial societies to do so. Even more importantly, government investment in renewables and batteries will accelerate their already steep cost decrease and competitiveness with fossil fuels.

While punitive measures against fossil fuels could get the GOP legislators’ back up, subsidies, tax breaks and research and development for wind and solar power are increasingly uncontroversial and are attracting bipartisan support at the state level in places like North Carolina.

Michael J. Coren at Quartz argues that subsidies for renewables in some places are ending, and way too soon. Fossil fuels receive billions in subsidies. One way forward for President Biden is to out-subsidize the hydrocarbons by plowing many more billions into wind, solar and battery.

Iowa Senator Chuck Grassley could probably be recruited for a big stand-along Wind Energy for America Act. He is a well known champion of the industry, which provides 40% of Iowa’s power and accounts for 9,000 jobs in the state and $63 million in lease payments to its farmers.

Moreover, if Biden gives the Senate a Wind Energy for America bill with massive subsidies for the industry and Grassley opposes it, that would be an advantage for his Democratic opponent in the 2022 midterms.

Grassley’s own web site trumpets that “As chairman of the Senate Finance Committee in 2003, Grassley spearheaded the effort to include an environmentally responsible energy package including nearly $15.5 billion in federal tax incentives to grow America’s renewable energy sector.”

Well, it is going to be 2022 and the Build Back Better bill had $555 billion in climate-related programs. Most of these could be extracted and passed on a stand-alone basis with the support of Republican senators like Grassley.

Build Back Better, for instance, “includes tax credits that can cut the cost of installing rooftop solar panels by about 30 percent” according to NDRC. Likewise, “The bill includes, for instance, incentives to help strengthen the domestic supply chain for wind and solar power in disadvantaged communities.”

Renewable Energy World adds that the version passed by the House included “the production tax credit (PTC) and investment tax credit (ITC) to their full values, and taxpayers are eligible for direct pay instead of tax equity offsets. The bill will further incentive production that takes place in the U.S.” They note that there was also ” a new ITC for standalone energy storage.” In other words, we could put solar panels on every house and enable owners to afford a Tesla Powerwall or other storage capablity.

Some forms of solar power, especially community solar, have picked up substantial Republican support in states like Michigan and Wisconsin. Great, let’s do it nationally.

Some of the same Republican senators who supported the Infrastructure Bill could be gotten on board with many of these pro-wind and pro-solar measures. Maybe you’d even have to do a solar bill for states with a lot of solar energy and a wind bill for Iowa, Colorado, Kansas, Oklahoma, etc.

If 2022, leading up to the midterms, is a year in which President Biden can only get some big things done by trading horses with Republicans the way he did in the Infrastructure Act, then we are fortunate in having him at the helm, since he is an old hand at senatorial bill-passing. Progressives won’t get everything we want. But on green energy, the big wins could be there for the asking.