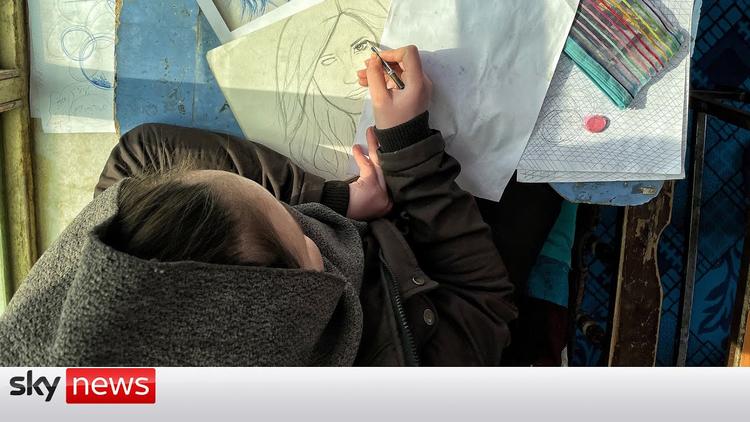 ( Human Rights Watch ) – The Taliban’s response to the apparent enforced disappearance of Tamana Paryani, Parwana Ibrahimkhel, and other women activists in Afghanistan has laid bare their intent to eradicate critical women’s voices through unlawful use of force. Taliban leaders have denied arresting the women, heightening concerns for their safety and prompt release.

On January 16, Paryani and Ibrahimkhel participated in a protest in Kabul against recent Taliban abuses of women protesters and other restrictions on women. Witnesses said that on the night of January 19, armed men claiming to be Taliban intelligence broke through the door of Paryani’s home and took her away, along with three of her sisters. Paryani posted a video on social media of the moment before the men broke into her house. Ibrahimkhel was similarly abducted from her home and her whereabouts remain unknown.

Since taking over the country on August 15, the Taliban have imposed harsh restrictions on women’s right to work, banned secondary education for girls in most of the country, and beaten peaceful women protesters. Taliban authorities have severely limited what the media can report and have detained and beaten journalists. Taliban forces have forcibly disappeared former government officials.

On January 23, during talks in Oslo, Norway, between Taliban authorities and several Western governments, Afghan activist Hoda Khamosh publicly called on the Taliban Foreign Minister Amir Khan Muttaqi to “pick up his phone now and call Kabul [and] order the immediate release” of the detained women.

Muttaqi reportedly responded that there were bad people among the Taliban whom the Taliban were expelling and said such elements may have detained the women. He said the situation was under investigation. Taliban authorities previously claimed to have dismissed some of their forces for theft and other crimes, but have been conspicuously silent about killings and enforced disappearances, blaming these instead on “rogue” elements.

Taliban denials of the arrests were undermined on January 23 when Taliban spokesman Zabihullah Mujahid said the Taliban had the right “to arrest and detain dissidents.”

By failing to hold their forces accountable, Taliban leaders are sanctioning such human rights violations against women activists and others. Arbitrary arrests and disappearances have become the Taliban’s routine method of responding to criticism. The Taliban should ensure the women’s immediate and unconditional release. The United Nations and all countries meeting with the Taliban, including Norway, should press for an immediate end to all abuses.