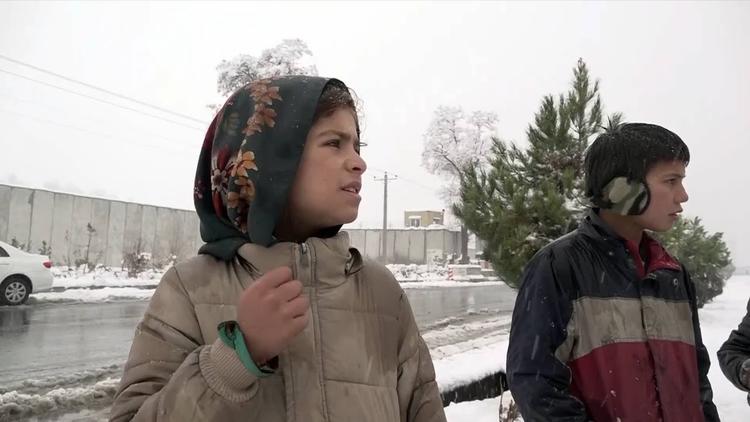 Ann Arbor (Informed Comment) – The ancient Greek philosopher Bion of Borysthenes said that boys throw stones at frogs in jest, but the frogs die in earnest. The United States government hasn’t placed sanctions on Afghanistan as a joke, but it certainly has done so in a blunt way, and Afghans are on the verge of dying in earnest, in very large numbers. The US categorized the Taliban as a specially designated terrorist organization, which meant that no US person or organization could have any dealings with them. But you cannot provide humanitarian aid in a country without dealing with the government.

The United States has to choose between punishing the Taliban for defeating it and helping the Afghan people avoid a large-scale calamity.

In December, Michael Crowley and Alan Rappeport reported at the NYT, the Treasury Department finally issued broad waivers to aid organizations for dealing with the Taliban to provide relief to the people. Treasury also allowed money to be wired to individuals in Afghanistan. And, Biden will donate another million COVID vaccine doses to the country. These steps were essential, but a lot of banks and organizations still don’t want to risk being associated with a “terrorist” government, and those who are willing to take that risk don’t have resources commensurate with the scale of the crisis. Some former US diplomats and generals are warning that the Biden administration needs to be more pro-active in forestalling a catastrophe, lest mass starvation deeply damage the reputation of the United States.

Moreover, the US embargoed $9 billion of Afghanistan government money. That is fine, deny it to the Taliban. but why not release some of it to Save the Children and the UN for aiding the people?

It is winter in Afghanistan, and it is cold and snowy in the capital of Kabul. Many AFghans don’t have the resources to face a harsh winter. Afghanistan is facing the same fuel crisis as the rest of the world, with high prices that people increasingly cannot afford. A climate-driven drought caused a 40% shortfall in this year’s wheat crop.

The United Nations defines poverty as “hunger and malnutrition, limited access to education and other basic services, social discrimination and exclusion, as well as the lack of participation in decision-making,” with many people in this category making less than 2 dollars per day.

Afghans have a monetary crisis because of the US sanctions on the new Taliban government. International banks do not want to deal with the central bank of a country under sanctions. International aid has dried up, in large part because donors didn’t want to be sanctioned by the U.S. Department of the Treasury. It has yet to be seen what impact the broader waivers issued in December will have. They aren’t likely to help the liquidity crisis. With little money in the country, people increasingly can’t afford food. The great economist Amartya Sen demonstrated that famines are not caused by lack of food by by the inability of people to afford the food that is available.

The World Bank, which often follows the lead of the US government, had run a program to provide health care, on which about half of Afghans depended. When the Taliban came to power last August, the World Bank program was abruptly ended. The IRC writes, “Now, over 90% of the country’s health clinics are expected to shut down, depriving millions of basic care.”

90 percent of health clinics will likely have closed by the end of 2022, in the midst of another coronavirus wave. Yes, it is hitting Afghanistan, too. The difference is that few Afghans are vaccinated and the hospitals can no longer afford to keep the Intensive Care Units operating.

Food insecurity rose 37 percent by the end of last year from pre-Taliban levels, and through this year half of Afghans will face “acute food insecurity.” Food insecurity means you are not starving but you are one mishap away from starving. Nearly a fourth of the population will be at emergency levels of food insecurity, just one rung up from mass famine.

Ashok Swain of Upssala University reports for Gulf News that 7 out of ten Afghan families are having to borrow money for food this winter. He urges the World Bank and the International Monetary Fund to come back into Afghanistan with development support. He says that the Biden administration’s freeze on $9 billion in Afghanistan government funds should also be ended.

Save the Children is also sounding the alarm that 5 million children are at emergency levels of food insecurity. Millions of children are not in school and are facing a harsh winter. Some three million AFghans are internally displaced by conflict and their camps lack food and fuel.