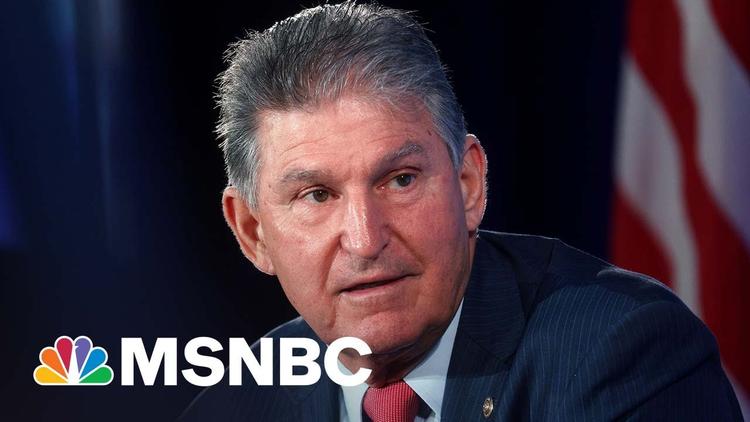 Ann Arbor (Informed Comment) – I argued last December that since Sen. Joe Manchin’s opposition had tanked the enormous Build Back Better act, President Biden should hive off the green energy portions and try to get them passed on a bipartisan basis.

Carol Davenport and Lisa Friedman writing in the New York Times report that both Biden and some prominent Democrats in Congress agree.

They quote Biden from his recent press conference, where he said,

“Yes, I’m confident we can get pieces — big chunks of the Build Back Better law signed into law . . .

Yes. Well, it’s clear to me that — that we’re going to have to probably break it up. I think that we can get — and I’ve been talking to a number of my colleagues on the Hill — I think it’s clear that we would be able to get support for the — for the 500-plus billion dollars for energy and the environmental issues that are there — number one.”

Despite the positive noises he has been making on energy, I don’t think we can trust coal baron Sen. Joe Manchin of West Virginia to do the right thing on CleanTech. Manchin has been saying that he can get behind the clean energy portion of the bill; that is because he has already taken out some of the things he doesn’t like (and which would be good for the economy). I suggested that Biden might be able to attract some Republican support for elements of green energy. Some of the same GOP senators who supported the Infrastructure Act might go along with green energy projects, especially if federal backing brought money into their state. States that return Republican senators are often the most solar-rich in the country, and not all of them are irrational about this potential the way the Florida GOP is.

MSNBC: “‘Give Manchin The Pen’: Markey, Khanna On How To Get Climate In Build Back Better”

“The House version of the bill, passed on 19 November, extends and expands the investment tax credit (ITC), allows solar projects to opt for the production tax credit (PTC) and creates a standalone energy storage ITC.

If that version is enacted, Wood Mackenzie forecasts that it would result in a 31% increase in US solar deployment by 2026, representing an additional 43.5 GWdc [direct current gigawatts] of capacity.”

The US has about 100 gigawatts of solar now, and this one measure would increase it half again as much. There are also market forces and state and local governmental measures impelling more solar, so this would be on top of everything else.

In addition, as I wrote last December

Build Back Better, for instance, “includes tax credits that can cut the cost of installing rooftop solar panels by about 30 percent” according to NDRC. Likewise, “The bill includes, for instance, incentives to help strengthen the domestic supply chain for wind and solar power in disadvantaged communities.”

Renewable Energy World adds that the version passed by the House included “the production tax credit (PTC) and investment tax credit (ITC) to their full values, and taxpayers are eligible for direct pay instead of tax equity offsets. The bill will further incentive production that takes place in the U.S.” They note that there was also ” a new ITC for standalone energy storage.” In other words, we could put solar panels on every house and enable owners to afford a Tesla Powerwall or other storage capablity.

Some forms of solar power, especially community solar, have picked up substantial Republican support in states like Michigan and Wisconsin. Great, let’s do it nationally.

Wind power is another form of green energy that many Republican senators can get behind, since wind is important to several of the red states. Oklahoma, Iowa, and Kansas, all have big wind industries, as do even Indiana and North Dakato. A carefully crafted bill supporting wind could well attract their support.

I observed that America has to get this done:

“Promoting green energy is the number one priority that outweighs every other consideration. The poor will be made poorer by runaway global heating. Women will be hurt by it. Workers will suffer. Cities, the Democratic strongholds, are in dire danger from it. There is a sense in which much of the good that Democrats hope to do will be undone if they don’t radically reduce carbon dioxide emissions. Reducing them at home will give the United States more credibility in pressing other industrial societies to do so. Even more importantly, government investment in renewables and batteries will accelerate their already steep cost decrease and competitiveness with fossil fuels.”