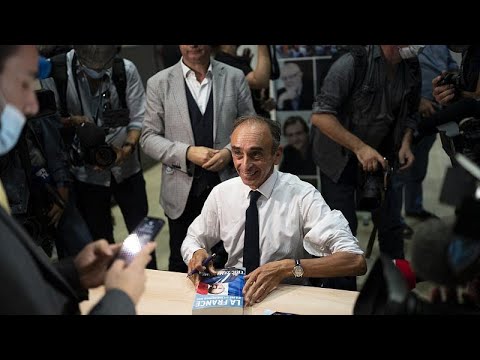 Belfast (Special to Informed Comment) – Before joining university in England, I knew that encountering racism was inevitable. What I did not know was that my first encounter was going to be with a dark-skinned teenager who was with his two white friends when he told me with his English accent “go back to your country mate.” When I moved to Belfast, it happened again with a migrant co-worker who pointed out that like the local white population, she was a Christian while I was a Muslim which is different and scary. I encountered more similar incidents including at the university and at job interviews.

Some prominent racist politicians also come from ethnic minorities. For example, France is the most western European country where the far right has become a major political force. Some of its far right senior figures are immigrants and sons of immigrants. For instance, as France will have a presidential election in April, Aljazeera produced a short documentary which highlighted that the person who managed the last French presidency election campaign for the racist National Rally candidate Marine Le Pen and was her adviser was born in Cairo for an Egyptian Christian Coptic parents. He moved to France with his family in the late 1970s when he was 8 where he changed his first name from Hosam to the French name Jean. He considers the veil that some Muslim women wear as an “Islamic Fascism” which makes Jean a misogynist besides being a fascist. He also wants to put five million French Muslims on a terror watch list.

Article Continues after bonus IC Video
Euronews: “France election: Who is Eric Zemmour and why is he so controversial?”

Additionally, one of the main National Rally rivals is another far right racist called Eric Zemmour. His parents were Jewish Berber who immigrated to France from Algeria. Zemmour is regurgitating the old racist great replacement conspiracy theory to incite hatred against Muslims and to portray them as a threat to France which he wants to free from what he called the “Islamic occupation.” He also alleged that Islam is worse than Nazism. Furthermore, he labeled young lone migrants as thieves, murderers and rapists. Despite his Jewish background, he outraged many Jews by saying that the Petain government, which collaborated with the Nazis when they occupied France during WWII, saved many french Jews. Ironically, it could be the fascist Zemmour who will deprive the far right from reaching the election second stage by splitting their vote.

Furthermore, the current French Interior Minister Gerald Darmanin, who is proud of his Christian faith, has a mixed Maltese and Algerian origins. His grandfather was an Algerian Muslim who betrayed his country and fought For France against the Algerian resistance during France 132 years occupation of Algeria (1830-1962). Darmanin’s policies of fighting against what he refers to as the disease of “Islamic separatism,” which only exists in his imagination, is alienating French Muslims. He went as far as telling Marine Le Pine that she wasn’t tough enough with Muslims.

In Italy, the country’s first black senator stood as a candidate for the far right party the League. Toni Iwobi who came to Italy as a student from Nigeria in the 1970s won the seat for his racist party in 2018 election. The League fought the election under the xenophobic slogan “stop the invasion.”

In the UK, the parliament recently passed a bill which would allow the government to strip British nationals of their citizenship without notification if they are considered a threat to the country. The bill was introduced by the Home Secretary Priti Patel whose parents are Indian immigrants. Another irony is that the bill was condemned by former minister David Davis who is a white British and a member of Patel’s own conservative party.

The above examples show that racists from ethnic minorities can be more racist than white supremacists. Their racism is more likely to be aimed at other minorities who are perceived as underdogs and demonized by the mainstream media but can also be against people from their own background. For some of them, they might be opportunists who want to use the current rise of the far right and the Islamophobia tsunami to achieve personal aims. They want equality that benefits them and excludes others. It could be also the case that the problem is rooted in the country of origin where it is acceptable to discriminate against particular groups which continues when they move to western countries. From personal experience, they treat white people with manners and respect while they look down at people from other minorities and seek to exclude them. It feels exactly like dealing with a white supremacist.

Because racists from minorities are respectful towards whites, it is difficult to explain this form of racism to a white person but with these examples of racism, it is easier to talk about the issue in order to tackle it. The topic is complex to discussed in one article but racism will continue to evolve and so should the struggle against this evil.