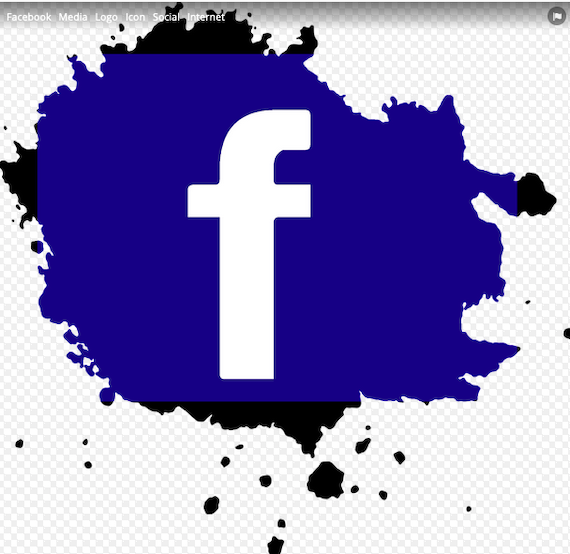 ( Middle East Monitor ) – It is ironic that even former right-wing Israeli Prime Minister, Benjamin Netanyahu, had rejected a Knesset (Israeli Parliament) bill which proposed to give the government greater power to control and suppress online content. This was in 2016, and the bill was introduced by Netanyahu’s Likud party rival, Gideon Sa’ar.

Some analysts argued that Netanyahu had feared that a law aimed at suppressing Palestinian freedom of speech online could be exploited by his enemies to control his own speech and incitement. Now that Netanyahu is no longer in the picture, the bill is back, and so is Sa’ar.

Gideon Sa’ar is currently Israel’s justice minister and deputy prime minister. While his boss, Naftali Bennett, is moving rapidly to expand settlements and to worsen already horrific realities for Palestinians on the ground, Sa’ar is expanding the Israeli military occupation of Palestinians to the digital realm. What is known as the ‘Facebook Law’ is set to grant “Israeli courts the power to demand the removal of user-generated content on social media content platforms that can be perceived as inflammatory or as harming ‘the security of the state,’ or the security of people or the security of the public.”

According to a December 30 statement by the Palestinian Digital Rights Coalition (PDRC) and the Palestinian Human Rights Organisations Council (PHROC), Israeli censorship of Palestinian content online has deepened since 2016, when Sa’ar’s bill was first introduced.

In their statement, the two organisations highlighted the fact that Israel’s so-called Cyber Unit had submitted 2,421 requests to social media companies to delete Palestinian content in 2016. That number has grown exponentially since, to the extent that the Cyber Unit alone has requested the removal of more than 20,000 Palestinian items. PDRC and PHROC suggest that the new legislation, which was already approved by the Ministerial Committee for Legislation on December 27, “would only strengthen the relationship between the Cyber Unit and social media companies.”

Unfortunately, that relationship is already strong, at least with Facebook, which routinely censors Palestinian content and has been heavily criticised by Human Rights Watch and other organisations. After examining the numerous allegations of Facebook censorship, Deborah Brown, the senior digital rights researcher and advocate at HRW, concluded that “Facebook has suppressed content posted by Palestinians and their supporters speaking out about human rights issues in Israel and Palestine.”

Facebook’s involvement in Israel’s efforts aimed at silencing Palestinian online voices that call for justice, freedom and end of the occupation, is itself situated in an agreement the company had reached with Israel in September 2016. Then, the Israeli government announced that it had signed an agreement with the social media giant “to work together to determine how to tackle incitement on the social media network.” Within days, the accounts of prominent Palestinian journalists and activists were reportedly being deleted.

Israel’s latest ‘Facebook Law’ does not just pertain to controlling content on Facebook-related platforms, including Instagram and others. According to a Haaretz editorial published on December 29, the impact of this particular bill is far-reaching, as it will grant District Court judges throughout the country the power to remove posts, not only from Facebook and other social media outlets, “but from any website at all”.

Unsurprisingly, Israel’s censorship of Palestinian content is justified under the typical pretence of protecting Israel’s ‘national security’. We all know how Israel interprets this elusive concept to include anything from a Palestinian calling for Israel to be held accountable for its crimes in the occupied territories, to another demanding the end of Israeli apartheid to a third writing a poem. A case in point was the humiliating imprisonment of Palestinian poet, Dareen Tatour. The latter, an Israeli citizen, was thrown in jail in 2015 per court order for writing a short poem entitled “Resist, My People, Resist Them”.

In its 11 January 11, the Arab Centre for Social Media Advancement – 7Amleh – detailed some of the practices that Israel engages in to monitor, silence, and spy on Palestinians. 7Amleh’s report, entitled ‘Hashtag Palestine 2021’, discusses the increased use of surveillance technologies, especially in the context of a proposed Israeli law that would expand the use of facial recognition cameras in public spaces. It is worth noting that such technologies have already been used against Palestinians at Israeli military checkpoints throughout the West Bank for at least two years.

Moreover, the Israeli Pegasus spyware, which has recently made headlines throughout the world for its use against numerous high-profile figures, has also long been used against Palestinian activists. In other words, Palestine continues to be the testing ground for Israel’s human rights violations of all kinds, whether in new weaponry, crowd control or surveillance.

Expectedly, what applies to Palestinians demanding their freedom online does not apply to Israelis inciting violence and spreading hatred against those very Palestinians. According to the 7Amleh ‘Index of Racism and Incitement’, published last June, during the Israeli war on the besieged Gaza Strip and the subsequent anti-Palestinian violence throughout Palestine in May 2021, “incitement in Hebrew against Arabs and Palestinians increased by 15 times” if compared to the same period of the last year. Much of this has gone unnoticed, and it is hardly the subject of the proposed ‘Facebook Law’ or the sinister activities of the Cyber Unit. For Gideon Sa’ar and his ilk, anti-Palestinian incitement, along with the daily violence meted out against the occupied Palestinians, is a non-issue.

While Israel is permitted, thanks to the deafening silence of the international community, to maintain its military occupation of Palestine, to cement its apartheid and to deepen its control of Palestinian life everywhere, it should not be permitted to expand this matrix of control to the digital realm as well. Civil society organisations, activists and ordinary people everywhere must speak out to bring an end to this mockery.

Moreover, as the Pegasus and the facial recognition surveillance technologies experiences have taught us, what is usually first applied to Palestinians is eventually normalised and applied everywhere else. Israel should, therefore, be confronted in its abuses of human rights in Palestine, because these abuses, if normalised, will become a part of our daily lives, regardless of where we are in the world.