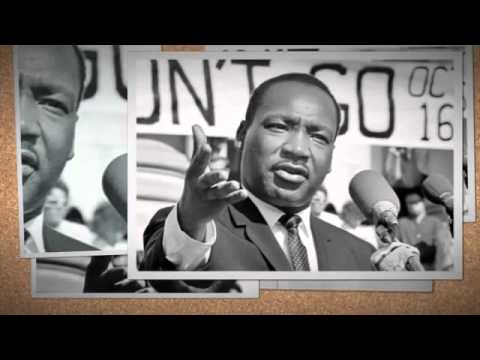 Ann Arbor (Informed Comment) – Everything that the Rev. Martin Luther King, Jr., struggled for is at risk in today’s America, where one of the two major parties has succumbed to the deadly disease of Trumpism, which is built on white grievance.

As the Republican Party has become more and more inflected by white nationalism, its officials have begun attempting to undo the gains of the Civil Rights Movement led by the Rev. Martin Luther King, Jr., which ended the Deep South’s practices of segregation and denying the vote to African-Americans. The Republican-captured Supreme Court, now also an instrument of white nationalism and corporate supremacy, struck down in the 2013 ruling Shelby County v. Holder the oversight provisions of the 1965 Voting Rights Act.

The Southern states initiated a gold rush to restrict the right to vote with new tactics, rather than the old literacy tests, using voter ID requirements and reducing the number of polling stations in heavily minority counties.

The Brennan Center for Justice writes of 2021,

“Between January 1 and December 7, at least 19 states passed 34 restrictive laws. The restrictive laws make it more difficult for voters to cast mail ballots that count, make in-person voting more difficult by reducing polling place hours and locations, increase voter purges or the risk of faulty voter purges, and criminalize the ordinary, lawful behavior of election officials and other individuals involved in elections.”

There are two bills in Congress that would roll back the sinister and reactionary laws passed by Republican statehouses. The John Lewis Voting Rights Act would restore Department of Justice preclearance oversight of election laws in states with a tradition of suppressing the Black vote. The Freedom to Vote Act requires early voting days, no-excuse mail voting, and other provisions that protect this essential right from the provincial blowhards now tinkering with it.

Because all fifty Republican senators oppose both of these bills, they can’t get past the Senate’s 60-vote threshold to close off filibustering and allow a floor vote. Because two Democrats, Sens. Kyrsten Sinema (D-AZ) and Joe Manchin (D-WV) oppose a carve-out of the filibuster for voting rights, the President cannot get the legislation he backs passed.

CNN explains that in the late 1700s, the Senate could vote to end debate on a bill and bring it to a floor vote by a simple majority. Even in the twentieth century, a filibuster to prevent a vote required the senator to stay on the floor speaking with no food or bathroom breaks. The current 60-vote rule for cloture or ending debate only dates from 1975, and from that time it was permitted to filibuster by simply registering an objection to cloture, rather than physically speaking at the podium.

One possible way forward for the Democrats is to go back to requiring senators to filibuster in person.

As we honor Dr. King today, it is worth remembering what he said about the filibuster:

As for voting rights, they were at the heart of King’s campaigns of civil disobedience. He said in Montgomery, Alabama in 1956,

“We must continue to gain the ballot. This is one of the basic keys to the solution of our problem. Until we gain political power through possession of the ballot we will be convenient tools of unscrupulous politicians. We must face the appalling fact that we have been betrayed by both the Democratic and Republican parties . . . Until we gain the ballot and place proper public officials in office this condition will continue to exist. In communities where we confront difficulties in gaining the ballot, we must use all legal and moral means to remove these difficulties. We must continue to struggle through legalism and legislation. There are those who contend that integration can come only through education, for no other reason than that morals cannot be legislated. I choose, however, to be dialectical at this point. It isn’t either education or legislation; it is both legislation and education.”

Article continues after bonus video
The Martin Luther King, Jr. Center for Nonviolent Social Change: “MLK: Give Us the Ballot”

If voting rights keep being endangered, nonviolent noncooperation on a mass scale may well reemerge.

King said of the boycotts, marches and other campaigns of the Indian freedom struggle in British colonial India,

“I had heard of Gandhi, but I had never studied him seriously. As I read I became deeply fascinated by his campaigns of nonviolent resistance. I was particularly moved by the Salt March to the Sea and his numerous fasts. The whole concept of “Satyagraha” (Satya is truth which equals love, and agraha is force: “Satyagraha,” therefore, means truth-force or love force) was profoundly significant to me. As I delved deeper into the philosophy of Gandhi my skepticism concerning the power of love gradually diminished, and I came to see for the first time its potency in the area of social reform.”

The ballot and education are necessary for achieving social and racial justice. But where these are blocked, the truthforce may be brought into play. And in this moment, all of us are in danger of being robbed of the franchise, of the validity of our votes, by corrupt and tyrannical Trumpists. It isn’t just the African-Americans who face a new Jim Crow.