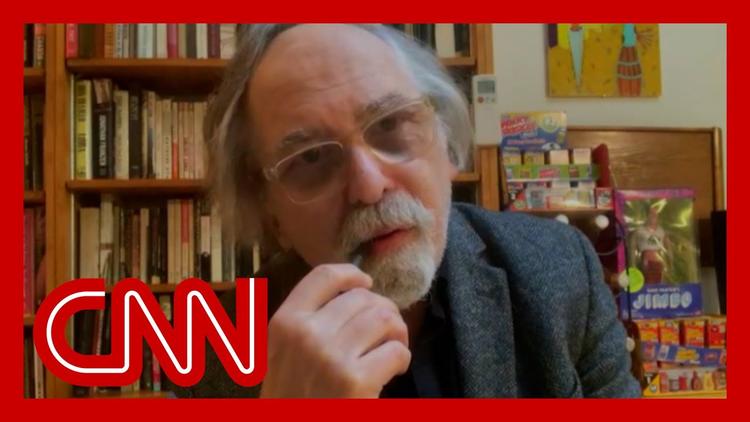 Oakland, Ca. (Special to Informed Comment) – Objection to teaching Critical Race Theory (which is anyway not taught at the K-12 level) and school boards banning books are evil Siamese Twins. Both arise from fear of knowledge, truth and candid assessment. Both are motivated by a desperation to preserve an old order and suppress the truth. It’s the same dynamic that prompted Nazi Germany to ban books: fear of the truth, fear of validating objections, fear that information may lead to a new order, and replacement of the old order. The parallels of 1930’s Germany and post-Trump America are frightening.

The latest broadside against free speech and thoughtful education comes from the school board of McMinn County, Tennessee. The county seat, Athens, is a small town on I-75 northeast of Chattanooga on the way to Knoxville. How ironic that they chose to ban Maus, a parable about the Holocaust, the day after Holocaust Remembrance Day.

Much of my mandated high school and undergrad reading list has been banned by one school district or another including Animal Farm, Catcher in the Rye, Great Gatsby, Grapes of Wrath, To Kill a Mockingbird, Lord of the Flies, Brave New World, Of Mice and Men, Invisible Man, Slaughterhouse Five, A Farewell to Arms and others. The The American Library Association Office of Intellectual Freedom maintains a thorough list of every book banned by every school district. “Banned in Boston” actually applied to William Burroughs Naked Lunch in 1965. So this is a long-term national phenomenon; not just in southern states invested in Donald Trump’s mendacity.

According to the American Library Association, local school boards attempted to ban 67% more books between September 2020 and 2021. The Berkeley Public Library held an annual “Banned Book Fair” until the pandemic, at which participants read from their favorite banned books on the steps of the Main Library. I took pleasure in reciting portions of Allen Ginsburg’s Howl, which is my favorite banned book for many reasons: 1.) It is one of the greatest, most cogent statements of outrage in American Literary History; 2.) It’s seizure and challenges by City Lights Publisher Lawrence Ferlinghetti, directly led to the Supreme Court decision, which birthed the concepts of “redeeming literary value,” and “redeeming social value.” 3.) I got stoned with Ginsberg in my college dorm room, and heard him read from Howl later that night.

Counterintuitively, the McMinn County School Board and likeminded locales are incubating great interest in everything they’re trying to banish. They fail to recognize that the best way to generate interest in young people is to banish something. The upside is a growing number of middle school and high school book clubs devoted to discussing banned books. Nearby in Knoxville, Nirvana Comics is offering a free copy of Maus to any student who requests, and has started a GoFundMe campaign to support it. In Pennsylvania, an 8th grader started a book club devoted to reading and discussing banned titles. They fail to recognize the allure that prohibition brings, especially for thoughtful young people.

A commonly occurring cover for this censorship is supposedly protecting school children from exposure to dirty words and disturbing images. The justification for the 10-0 McMinn County decision to ban Maus included the presence of a nude image. It is nothing erotic or sexual; but a brutal, ugly tiny illustration of a tortured woman in a bath tub. The alleged fear of arousal is a sad fiction, used as a cover for the real reason: They don’t want their children exposed to a thought-provoking book that dramatizes the brutality of the Holocaust, and the ideology that survived it, now embraced by Trump’s supporters.

An older parallel was when schools attempted to ban Gone with the Wind because of its use of the N-word, and not its candid depiction of the brutalities of slavery and war. This is an ugly, ironic twist on Marshall McLuhan’s, “The Medium Is the Message.” McLuhan’s concept of the global village has been fully realized with the Internet. It may serve as an adjunct discussion to concepts derived from Alvin Toffler’s Future Shock.

Toffler’s fear was that technology will outrace our ability to absorb and process information. Book banning is a manifestation of the Future Shock that frightens so-called conservatives, who cannot cope with the onslaught of information available to them. They cannot process the pace of new content, and the dynamics of the evolving word around them. Shutting down challenging sources of information is one of the short-cuts for NOT coping with Future Shock. So they shut out the message, regardless of the medium.

America’s disturbing history of book banning is countered by a rich legal history of successful challenges to same. Some of the most notable events include People of the State of California, Plaintiff vs. Shigeyoshi Murao and Lawrence Ferlinghetti (1957) over the publication of Howl, and Board of Education v. Pico, 457 U.S. 853, 102 S. Ct. 2799, 73 L. Ed. 2d 435 (1982). Judge W.J. Clayton Horn ruled in favor of Ferlinghetti in a manner that set strong precedents for protecting free speech. A foreshadowing occurred earlier that year with the SCOTUS ruling on Roth v. United States. That decision ruled that obscenity was “within the area of constitutionally protected speech or press.” In his ruling, Judge Horn cited “the redeeming social importance” of Howl.

He stated, “No hard and fast rule can be fixed for the determination of what is obscene, because such determination depends on the locale, the time, the mind of the community and the prevailing mores. Even the word itself has had a chameleon-like history through the past, and as Mr. Justice [Holmes] said: ‘A word is not a crystal, transparent and unchanged. It is the skin of living thought and may vary greatly in color and content according to the circumstances and the time in which it is used.’ Horn concluded, “There are a number of words used in “Howl” that are presently considered coarse and vulgar in some circles of the community; in other circles such words are in everyday use. It would be unrealistic to deny these facts,” and then asked, “Would there be any freedom of press or speech if one must reduce his vocabulary to vapid innocuous euphemism? An author should be real in treating his subject and be allowed to express his thoughts and ideas in his own words.”

Judge Horn’s response to California’s objections stated, “The author of Howl has used those words because he believed that his portrayal required them as being in character. The People state that it is not necessary to use such words and that others would be more palatable to good taste. The answer is that life is not encased in one formula whereby everyone acts the same or conforms to a particular pattern. No two persons think alike; we were all made from the same mold but in different patterns.”

An interesting irony of Judge Horn’s involvement is that he had a reputation for sentencing offenders to “Sunday School assignments,” such as watching The Ten Commandments film. But he was all onboard in protecting Ginsberg’s right to talk about bedraggled men, “dragging themselves through the Negro streets at dawn looking for an angry fix,” and others, “who howled on their knees in the subway and were dragged off the roof waving genitals and manuscripts, who let themselves be fucked in the ass by saintly motorcyclists, and screamed with joy . . .”

In the Pico case, the SCOTUS ruled that while The Island Trees Union Free School District’s Board of Education in Long Island, NY had a valid interest in promoting positive values, using their discretionary power to banish content “is secondary to the imperatives of the First Amendment.” They concluded that school libraries hold a special standing for honoring and upholding freedom of the press and free speech; “Therefore, the Board could not restrict the availability of books in its libraries simply because its members disagreed with their idea content.”

The great American journalist and 1st Amendment champion, Nat Hentoff published The Day They Came to Arrest the Book in 1983, a parable about The Adventures of Huckleberry Finn being seized and banished for its use of the N-word. https://www.supersummary.com/the-day-they-came-to-arrest-the-book/summary/ Part of the story is a school principal who abuses his standing to banish numerous books offensive to him, without going through the formal school board review process. Because the complaint arises from a Black student and his family, the complaint must be dignified. But does the use of the N***** word really characterize the theme of the book and Mark Twain’s writing? Of course not. It is sometimes necessary to use offensive words to accurately depict a situation or frame a narrative.

While the First Amendment’s guarantees of freedom of speech and the press have been strengthened by these court cases, Trump’s Republican legion of censors and reality deniers (science, climate, racism, election results) have no respect for legal precedents, or the rule of law. Their efforts to pack school boards and local governments with idealogue supporters means we should expect many more wrongful decisions that disrespect these precedents and the rule of law. Following Trump’s example, they are trying to overturn decades of legal precedents if they are unpopular in a town or county where they hold a majority. Their strategy appears to overwhelm local courts with so many superfluous challenges, the docket can’t keep up with reality, and they can bulldoze their way. Thankfully, they no longer hold a majority in the Senate, and President Joe Biden has a nice start on replacing the Republican ideologues who’ve been masquerading as judges, in service to Trump’s Fascist agenda. But it’s a long battle ahead to keep free speech and the Constitution safe.