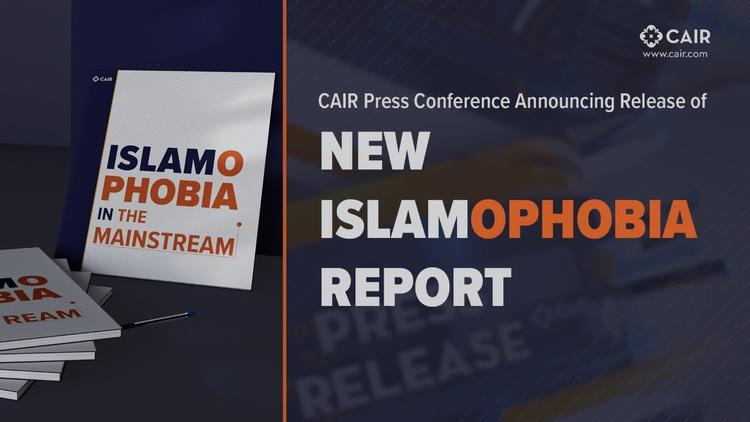 ( Middle East Monitor) – US lawmakers voted, last month, in support of a bill to create a State Department office tasked with monitoring and combating Islamophobia across the globe. With members of the House of Representatives casting their vote along party lines, a ten-seat majority held by the Democrats ensured a marginal victory for the proposed legislation, highlighting, once again, the deep wedge in the US when it comes to Islam and Muslims.

Republicans strongly opposed the bill. Some took the frustration of their defeat out on social media in typical Islamophobic fashion. Peddling anti-Muslim tropes, they confirmed, if further confirmation were needed, the size of the challenge America faces in combating the global rise of anti-Muslim bigotry that has been normalised in the post 9/11 era.

As I mentioned in a previous article, the likes of Chinese President Xi Jinping have adopted the US War on Terror template, as have many regimes in the Middle East. Anti-Muslim fearmongering and conspiracy theories about “creeping sharia” have taken deep roots in culture and society, not just in the US, but also across the world.

The same article pointed out that the proof of the pudding in the current US administration’s attempt to tackle Islamophobia would be demonstrated through its seriousness in tackling domestic anti-Muslim racism, namely the collaboration of Israel with the Islamophobia industry within US shores.

The staggering size of that industry was revealed this week in a report by the prominent Muslim rights group, Council on American-Islamic Relations (CAIR). An eye-watering $105,865,763 was poured into 26 Islamophobia Network groups between 2017-2019, within the US alone, according to CAIR’s report, Islamophobia in the Mainstream. These groups spread misinformation and conspiracy theories about Muslims and Islam, highlighting the herculean challenge facing US lawmakers hoping to combat Islamophobia.

While right-wing Christian Evangelical groups – who, in recent years, have hijacked the Republican Party – and so-called charitable organisations were listed amongst the top financiers of America’s Islamophobia network, pro-Israel Jewish organisations featured heavily in the report.

The Islamophobia Network is a decentralised group of actors’ organisations and individuals that share an ideology of extreme anti-Muslim animus, and work with one another to negatively influence public opinion and government policy about Muslims and Islam. They include politicians, think tanks, scholars, religious groups and activists that distort Islam and Muslims for monetary and political gain. This industry, says the report, has been drawing upon mainstream American philanthropic institutions for financial and political support for years.

An earlier study, for example, found that as many as 1,096 organisations were funding 39 groups in the Islamophobia Network between 2014 and 2016, to the tune of $1.5 billion. This endless pool of resource has been the main reason for why anti–Muslim animus and Islamophobic messages have become a pervasive feature of the mainstream political, legal, educational and media landscapes. For years, this network, says the report, has been drawing upon reputable American philanthropic institutions for financial and political support, often unbeknownst to donors, civil society organisations and the general public.

Amongst the top funders listed in the report is The Adelson Family Foundation. It came second on the list to the Fidelity Charitable Gift Fund Foundation, which gave nearly seven million to groups within the Islamophobia network between 2017 and 2019. Its founder, Sheldon G Adelson, is a staunch supporter of Israel. A major donor of former US President Donald Trump, Adelson’s fortunes turned the GOP into a deeply hostile anti-Palestinian party and ensured that there was no daylight between US and the Israeli far-right. “I’m a one-issue person. That issue is Israel,” Adelson is reported as saying. Between 2017 and 2019, his foundation gave nearly four million dollars anti-Muslim groups.

A combined $3 million was donated by the Adelson foundation to the Middle East Media Research Institute (MEMRI) between 2017-2019. MEMRI, says the report, has an established reputation for distributing highly selective, distorted, and inaccurate translations of Arabic and Persian media. Through these selections, the organisation attempts to portray Muslims and Arabs as inherently irrational and violent. CNN’s Arabic department is also said to have found “massive problems” with MEMRI’s translation of the program.

Third on the list, Jewish Communal Fund, has also funnelled over $3 million into some of the most notorious groups with the Islamophobia Network. It gave the American Freedom Defence Initiative (AFDI) $50,000. AFDI, says the report “has been characterised as an extremist anti-Muslim hate group, known for its demeaning print media advertising that has likened Muslims to savages”. The president of the organisation, Pamela Geller, is a known Islamophobe.

Amongst the receipts include many well-known anti-Palestinian groups. The pro-Israel media advocacy group, Committee for Accuracy in Middle East Reporting in America (CAMERA), received more than $4 million in grants between 2017 – 2019. Another notorious anti-Muslim group that received millions is the Middle East Forum (MEF). Its founder, Daniel Pipes, has used the two million received to portray Islam as an inherently violent ideology and “imperialist faith,” says the report.

Neo-con lobby groups in Washington were amongst the highest recipients of funds. The Foundation for Defence of Democracies (FDD) obtained close to $10 million in grants between 2017 and 2019. FDD has been advancing the Islamophobic “war on terror” narrative and associated policies and practices. FDD Senior Fellow, Andrew McCarthy, wrote in National Review that the Bush administration, in trying to forge a two-state solution between Israel and Palestine, was “hellbent on granting statehood to savages who worship ‘martyrdom.”

On top of following the money sustaining the billion dollar hate industry for decades, the report documented the real life effects of Islamophobia in society, including violent targeting of Muslims, attacks on mosques, harassment of Muslims at school and the plaguing of the mainstream media and politics with anti-Muslim messaging, which peaked during the administration of Donald Trump. Its findings demonstrated the extent to which Islamophobia has become mainstream and an acceptable part of society.

In its recommendations, charitable institutions are urged to implement clear anti-hate policies and procedures to ensure that their funds are not granted to hate groups. Organisations are asked to investigate their grant making procedures to learn if they are intentionally or unintentionally funnelling money to Islamophobia network groups.

Arriving as it does, weeks after US lawmakers voted in support of a bill to tackle the global spread of Islamophobia, the report is another timely reminder that, after two decades of the “war on terror”, the US remains a fertile and lucrative place for anti-Muslim hate groups. Despite their good intentions, any new legislation will be meaningless unless Democrat members of Congress weed out the poison within American society so that anti-Muslim racism no longer remains a path to electoral victory but, instead, is seen as a route to certain electoral defeat.