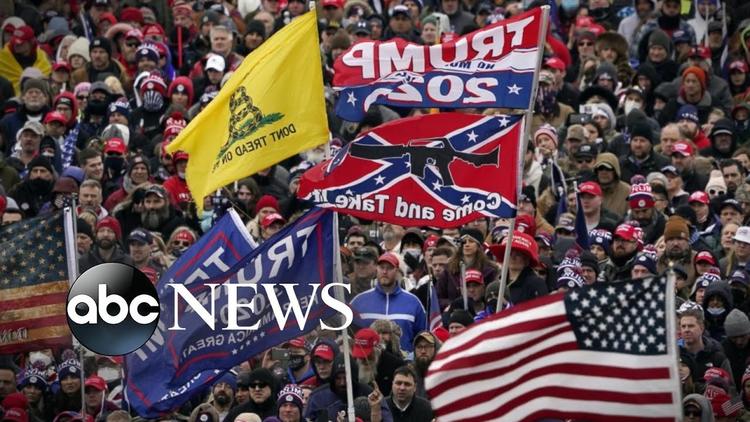 Ann Arbor (Informed Comment) – On January 6, 2021, Trump attempted to make a coup and remain in power despite losing the election to Joe Biden.

Although many American pundits speak of Trump’s action as unprecedented, actually the Washington elite has a long history of making or backing coups d’etat in other countries. One of the most notorious of these interventions took place on 19 August, 1953, when the CIA of President Dwight Eisenhower overthrew the elected parliament of Iran.

Fakhreddin Azimi explains that Iran had parliamentary elections in the 1940s and 1950s after the old dictator, Reza Shah was deposed by Britain and its allies in 1941 for refusing to kick the Germans out of his country. Iran was jointly occupied during WW II by Britain, the United States and Russia, and was used by the allies to resupply Russia during its war on the Eastern Front with Nazi Germany.

The lower house in Iran was elected in 1950, and half of the senate was elected in a two-stage election in 1949-1950 (the shah appointed the other half). Many educated Iranians believed that Mohammad Reza Shah, the king, was interfering in the elections behind the scenes, packing parliament with royalists. It was believed that the shah wanted to do a new oil deal with the British Anglo-Iranian Oil Company (now BP) that would be favorable to the British, in return for their political and perhaps financial support of the king. Many Iranians were unhappy with the 1933 deal between the AIOC and Reza Shah, which paid Iran a small royalty on its own petroleum. By 1950 the British government received more in taxes on the Anglo-Iranian Oil Company’s profits than the Iranian people did on their own petroleum. Those who wanted a fifty-fifty share of the profits (a deal that the US firm ARAMCO had offered the Saudi royal family) formed the National Front. They staged a huge march in Tehran, led by elderly arisocrat Mohammad Mosaddegh, from his house to the palace of the shah, demanding free elections in which the shah and his interior minister did not intervene. Some 8 members of the National Front were elected. Mosaddegh was the first elected representative of Tehran in parliament, garnering 30,738 votes.

On April 29, 1951, the shah acquiesced in the growing nationalist sentiment and appointed Mosaddegh prime minister. Although in the Iranian system of that time the PM was appointed by the king rather than being elected by parliament, Mosaddegh had been elected with tens of thousands of votes to his seat, and the king by appointing him recognized the consensus of the other elected parliamentarians. He came to power by democratic means, which could not be said of the shah himself, who inherited the throne from his father, a minor colonel who made a British-backed coup in 1925.

Two days after his appointment, Mosaddegh led parliament to vote to nationalize Iranian oil. The British had refused to negotiate a new deal, so Mosaddegh and parliament invited all of the British to leave the country. The US and the UK were furious that a country of the global South was asserting sovereignty over its natural resources. Americans are sure that all the petroleum in the world actually belongs to them. Trump even said the US should not have left Iraq without “taking its oil,” though what that means is hard to tell. So Washington and London imposed a boycott on Iranian oil sales and slapped down Italy and Japan when they bought Iranian petroleum from wildcat distributors. Does this sound familiar?

The British MI6 intelligence arm developed a plot to overthrow Mosaddegh, but they no longer had any assets in Iran to carry it out. They therefore shopped it to the CIA, which was interested. But Democrat Harry Truman was still president, and the CIA knew that he would give them hell if they suggested such a coup plot to him.

So the Company bided its time and Eisenhower was elected in November, 1952. In early 1953 they sent the coup plot over to the president, who was all for it. The Republican Party elite misunderstood Modaddegh and the National Front as tilting toward Moscow. This was not true, at all, although Mosaddegh was willing to take support from Tudeh, the Iranian Communist Party. He also took support from the religious conservative Ayatollah Kashani.

Authority Figures: Mark J. Gasiorowski explains that CIA operative Kermit Roosevelt (a cousin of FDR) was put in charge of Operation Ajax. He met with Gen. Fazlollah Zahedi, a far right wing military man who hated Mosaddegh. He also met two highly placed journalists who were agents run by the CIA. The shah initially was not in favor of a coup, but Roosevelt went to see him and gained his approval.

Media manipulation.: Roosevelt and his team had powerful journalists trash Mosaddegh. They even funded and began publishing six new newspapers that took an anti-Mosaddegh line.

The first coup attempt involved the shah appointing Gen. Zahedi prime minister and having the head of the shah’s royal guard, Colonel Neʿmat-­Allāh Naṣīrī, arrest Mosqddegh. But the prime minister had gotten wind of this plot and had Nasiri arrested instead. The shah ran away to Rome.

The CIA used local Iranian agents to buy huge crowds of demonstrators who staged rallies throughout Tehran, pretending to be Communists. Even some of the real Communists were taken in and rushed to join them. But of course the propertied classes were suddenly terrified that a Communist take-over was imminent.

Then on 19 August a massive mob rallied at a major square in South Tehran and marched to the central bazaar or old covered market. They then attacked government buildings and “the offices of pro-Moṣaddeq organizations.” This crowd, also manipulated behind the scenes, said it was right wingers demonstrating against the leftist mob of the previous two days. But they were all just fueled by Kermit Roosevelt’s bags of millions of dollars.

At this point more military officers defected to Zahedi, and they succeeded in arresting Mosaddegh, who was deposed and tried for treason, then sentenced to house arrest. He died at home in 1967.

But note the similarities in technique. Billionaire buddies of Trump such as Rupert Murdoch and Robert Herring had created television channels like Fox and OAN that supported the coup, just as the CIA founded 6 newspapers for the purpose. Wealthy Trump allies also flooded Facebook with false stories about Biden not having been legitimately elected, and the possibility of forestalling the congressional certification of the election. Right wing militias like the Oath Keepers used the Parler channel to organize the invasion of the Capitol, and Trump sicced them on it, just as CIA-bought crowds invaded government buildings in Tehran in mid-August.

Disinformation was also important. Just as the CIA mobs advertised themselves incorrectly as Communists to scare Iranians into supporting Gen. Zahedi, so Trumpies put out rumors that the January 6 insurrectionists were actually antifa.

Members of parliament were suborned against the sitting prime minister, just as Frank Navarro claims Trump lined up 100 members of Congress to overthrow Biden.

The techniques were all very similar. The only big failure of Trump was to get significant buy-in from the officer corps, though ex-generals like Michael Flynn were on board.

After World War II, arrogant American policy-makers switched out governments the way they changed their socks, honing techniques of disinformation and learning to deploy mobs strategically.

After all those decades, the chickens finally came home to roost.